A Fairfield coach told the Norwalk Hour the incident occurred after the game while players and coaches held a post-game meeting.
Author: David Propper
Published: 2022-10-05 12:43 am 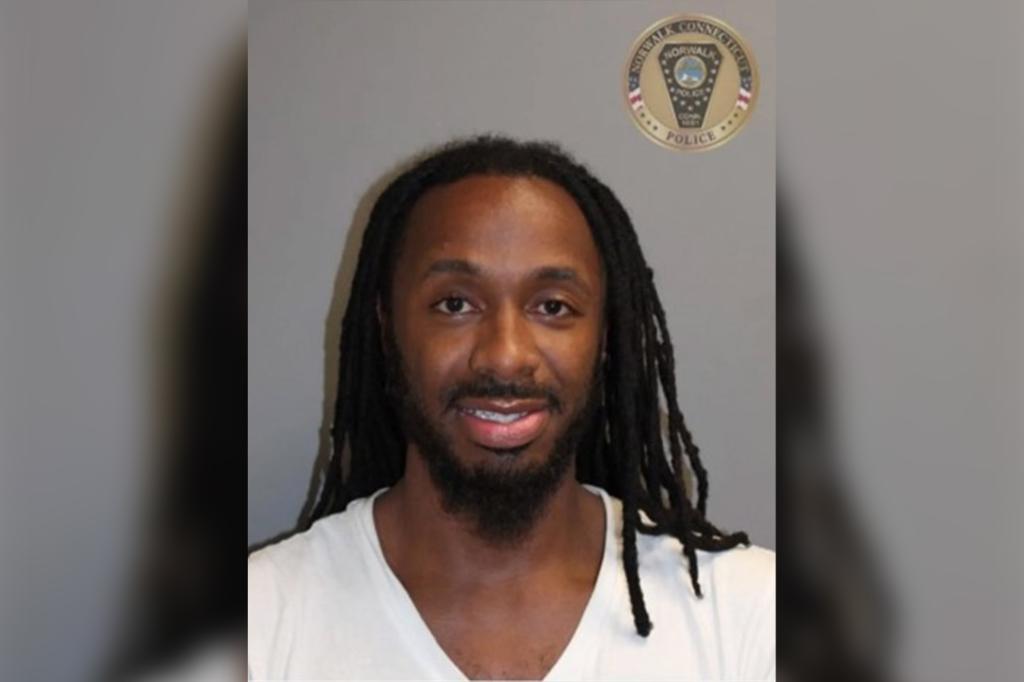 An arrest has been made in the violent attack of a youth football coach that left him unconscious after he was bashed on the head with a helmet, according to Norwalk police and a news report.

Christopher Polk, 32, was taken into custody Tuesday after multiple witnesses pointed the finger at him for allegedly assaulting another man during an 8th grade football game between Norwalk and Fairfield, police said.

“According to witnesses, Polk used a football helmet to strike the victim in the head, and was last seen walking away from the area,” Norwalk police said in a statement.

Paramedics brought the victim to a nearby hospital where he was treated for his “serious injuries,” authorities said. He was released from Norwalk Hospital and is recovering at home, police said.

It’s unclear what led up to the attack on Sunday around 1 p.m. at Brien McMahon High School during the youth sporting event.

“There was yelling and screaming,” he reportedly said, adding “It was just a ‘holy smokes’ moment.”

Polk was not found at the scene and was subsequently given other opportunities to turn himself into police, authorities said.

Attempts to contact him also went unanswered, the police department said. He was finally arrested Tuesday around 8:30 a.m. around where he lived, “despite efforts to conceal himself,” police said.

He was charged with second-degree assault, risk of injury to a minor and breach of the peace in the second degree.

The Norwalk Junior Football and Cheer League Commissioner Jeff Fatone said in a message to families the assault was an “isolated incident that happened between a parent who made a very bad decision and a coach,” according to the Hour.

Norwalk Mayor Harry Rilling ripped the ugly incident in a statement to The Post Monday.

“Our thoughts are with the local youth football coach, who is recovering from Sunday’s completely unacceptable act of violence,” Rilling said. “Coaches from the Norwalk Junior Football League graciously volunteer their time, and I am disgusted that this senseless act of violence happened in our community.”

nypost.com - 2 months ago
It only took two decades, but a rare and endangered turtle species has finally bred at the San Diego Zoo.
Read More

Sam Burns is torching the competition at Genesis Invitational

nypost.com - 2 years ago
LOS ANGELES — If the first two rounds are any indication, the Genesis Invitational appears to be Sam Burns’ tournament to win or lose. Burns, a 24-year-old from Louisiana who went to LSU, is 12-under entering the weekend at Riviera Country Club and takes
Read More

Drew Barrymore on her new talk show: ‘The rule book is on fire’