Gustav Rydahl plays a North American game. Maybe that’s why the uninformed would never guess that the 28-year-old is taking his first crack at the NHL.
Author: Larry Brooks
Published: 2022-10-05 12:29 am 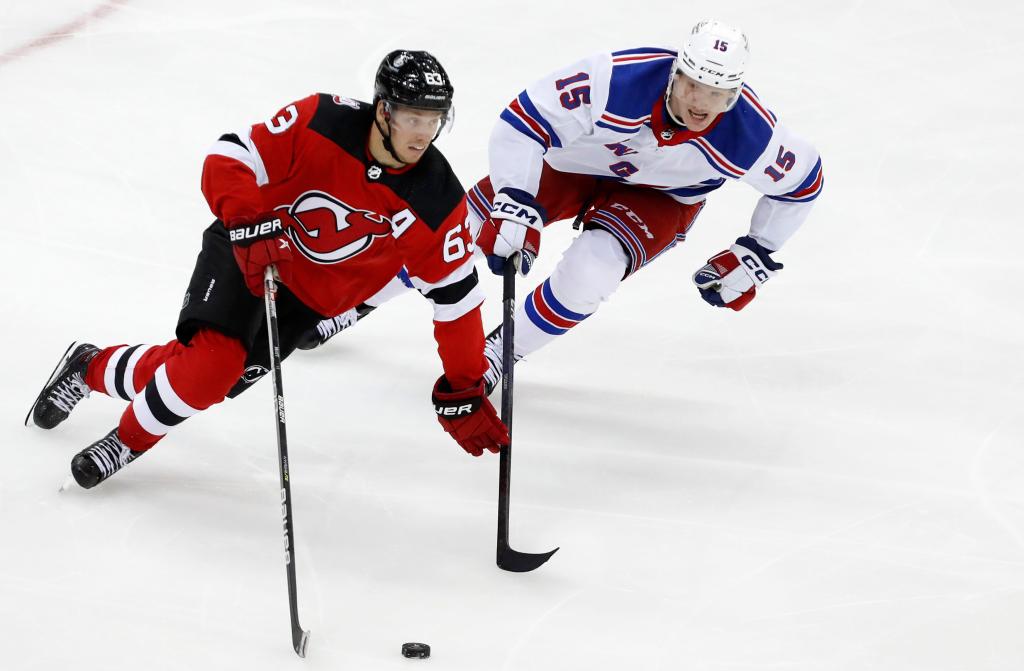 KINGSTON, R.I. — Gustav Rydahl plays a North American game. Maybe that’s why the uninformed would never guess that the 28-year-old is taking his first crack at the NHL following a career spent on international-size rinks in Sweden.

“I like contact, I like being involved in physical play,” the 6-foot-3, 210-pound free-agent signee told The Post following Tuesday’s practice here at Boss Arena. “I think it’s been getting better and better for me as camp has progressed. I’m getting more comfortable all the time.”

Rydahl, who is essentially competing with Ryan Carpenter for the spot as fourth-line center, was signed this summer on the recommendation of pro scout Shaone Morrisonn. Carpenter would require waivers to get to the AHL while Rydahl does not, so it is a long shot for the Swede to make it out of camp. But he has certainly inserted himself into the conversation.

“The first two games I thought the [smaller] rink was a big difference for him but I thought the last game was excellent,” head coach Gerard Gallant said. “He was really strong in that one, he’s getting used to some people and players here.

“The longer he goes in our camp, the better he’s getting, and that’s a good sign.”

Rydahl, who played the last four-plus seasons for Farjestads BK, said he considered coming over two years ago. But he sustained an ACL injury that set him back. Now healthy, he is taking his shot at it.

“This is what I have always wanted,” he said. “I got a really good feeling from the Rangers before I signed with them and now I am getting such good support from the players and staff.“I’m working hard to play the body and make plays. I knew it was going to be tough. But I’m doing everything I can and putting 100 percent of myself into it.”

“It’s so much faster here. The players are all so talented and skilled. At home, you would have a few seconds to make a decision with the puck. Now there is no time. You always have to be ready to make a play.

“I talk to Mika [Zibanejad] a lot. I can ask him questions in Swedish,” said No. 15, who is making his first trip to the U.S. “[Chris] Kreider also has been helping me. I try and see how he plays. I feel like I am getting better and learning what and what not to do.

There was a shuffle on the first line, for whatever that is worth, with Jimmy Vesey taking right wing on the unit with Mika Zibanejad and Chris Kreider. Barclay Goodrow, who had skated in that spot during Monday’s practice, joined the four-man fourth/fifth line with Rydahl, Sammy Blais and Julien Gauthier.

“Just trying to fill our lineup and give some guys opportunities,” said Gallant, whose club has two exhibition matches remaining, Wednesday at the Garden against the Bruins and Saturday at the Islanders. “[Vesey] is on a PTO so we’ll give him a look and see where it goes.”

Vesey has been extremely impressive during camp. To this point, he has outplayed Dryden Hunt, the winger believed to be his direct competition. This will be Vesey’s fourth preseason game after having played on lines centered by Filip Chytil, Vincent Trocheck and Goodrow.

The Rangers seem to still be in the search mode for a winger to skate up top, having used Kaapo Kakko and Blais one game apiece with the BFFs before having Goodrow skate with Zibanejad and Kreider at the two practices preceding this one.

nypost.com - 2 years ago
Coronavirus lockdowns have led a growing number of Big Apple Orthodox Jews to rethink their roles in the community — with many opting to flee to a more secular lifestyle, according to a report. Groups that help Jews leaving Orthodox communities to make th
Read More

Inside the battle between Nadler and Maloney, the Tweedle Dum and Tweedle Dee of Manhattan Dem High Boomerism

nypost.com - 3 months ago
The two veteran congress members, both born early in the Truman presidency, are as alike ideologically as two halves of a buttered bagel — but were forced to confront each other in one of the fiercest battles the NY Democratic Party has ever seen
Read More
More News & Articles