Texas man wanted in kidnapping and killing of ex-girlfriend

Texas police are on the hunt for a man with a history of domestic violence who is wanted in connection to the kidnapping and killing of his ex-girlfriend.
Author: Katherine Donlevy
Published: 2022-10-05 12:18 am 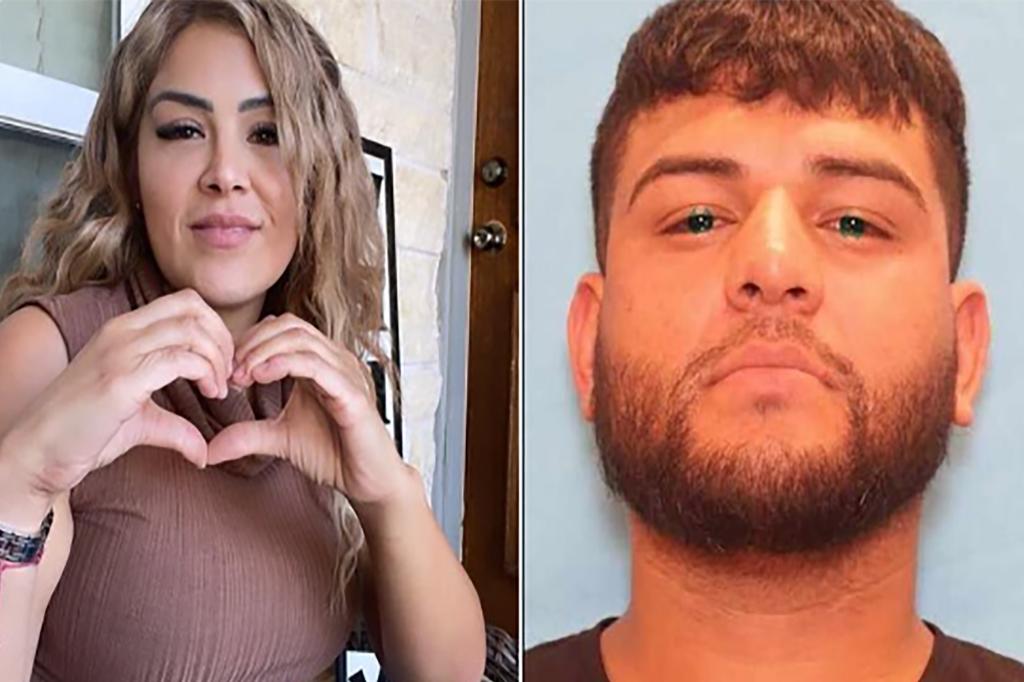 Texas police are on the hunt for a man with a history of domestic violence who is wanted in connection to the kidnapping and killing of his ex-girlfriend.

Pasadena police have issued a warrant for the arrest of Daniel Chacon, 30, for the aggravated kidnapping of former girlfriend and mother of his child 38-year-old Maira Gutierrez, KHOU reported.

Gutierrez may have been visiting her child at the Red Bluff Road apartment complex when Chacon allegedly forced her into an SUV just before 10 a.m. Monday, Pasadena Police Sgt. Raul Granados said at a Monday press conference.

Concerned neighbors called to report the kidnapping and were able to identify both Gutierrez and Chacon.

Five hours later, officers found Gutierrez’s body in the SUV abandoned near the intersection of Mykawa Road and the South Loop. The car appeared to be run off the road and ditched at a distribution center where police said freeway barriers were stored.

Gutierrez suffered a single “gunshot wound to an unknown area of her body,” Granados said.

Chacon is still on the loose and is likely to still be armed, police said.

The couple’s child is reportedly just 5 months old and is in the custody of family.

Though Gutierrez and Chacon were not living together at the time of the fatal kidnapping, reports of disturbances and domestic violence instances had increased in recent weeks.

“So this was rapidly evolving,” said Granados.

Chacon has a history of domestic violence, according to KHOU. He was charged twice in 2012 for assaulting a family member.

In 2017, Chacon allegedly punched a woman, who claimed she was his common-law wife, in the face and put her in a chokehold until she nearly passed out. He also took her phone so she couldn’t contact help and wouldn’t let her leave, the victim said.

When asked if Granados had a message for Chacon, the officer advised the suspect to “turn himself in.”

“Don’t make it any harder on anyone. We know that this obviously is a incident involving a gun so we don’t want to put any other first responders at risk either.”

Roger Goodell exposed as a hypocrite with Jon Gruden mess

nypost.com - 1 year ago
The NFL reportedly has 650,000 emails from the NFL’s workplace misconduct investigation into the Washington Football team, but the only ones that have seen the light of day are the unhinged ones from Gruden.
Read More

nypost.com - 4 weeks ago
"Hilary and I lost our virginity to each other at a hotel... in L.A.," Aaron Carter wrote in the posthumous tell-all, obtained by The Post prior to publication.
Read More

nypost.com - 2 years ago
The chasm between the teams isn’t always measured simply by the size of the gulf between the numbers on either side of the hyphen. You don’t need a 35-point blowout to confirm what your eyes can see. This is the basic truth of the New York professional
Read More

nypost.com - 10 months ago
New York Post readers can get a risk-free first bet of up to $1,000 to use on the upcoming NHL action when they sign up with BetMGM using the bonus code NPBONUS. Get your Risk Free First Bet up to $1,000 New customers only. Must be 21+. Available in AZ,
Read More
More News & Articles