A 31-year-old man was slashed inside the Times Square subway station Tuesday night in the latest bout of violence within the Big Apple's mass transit system.
Author: Allie Griffin
Published: 2022-10-05 01:23 am 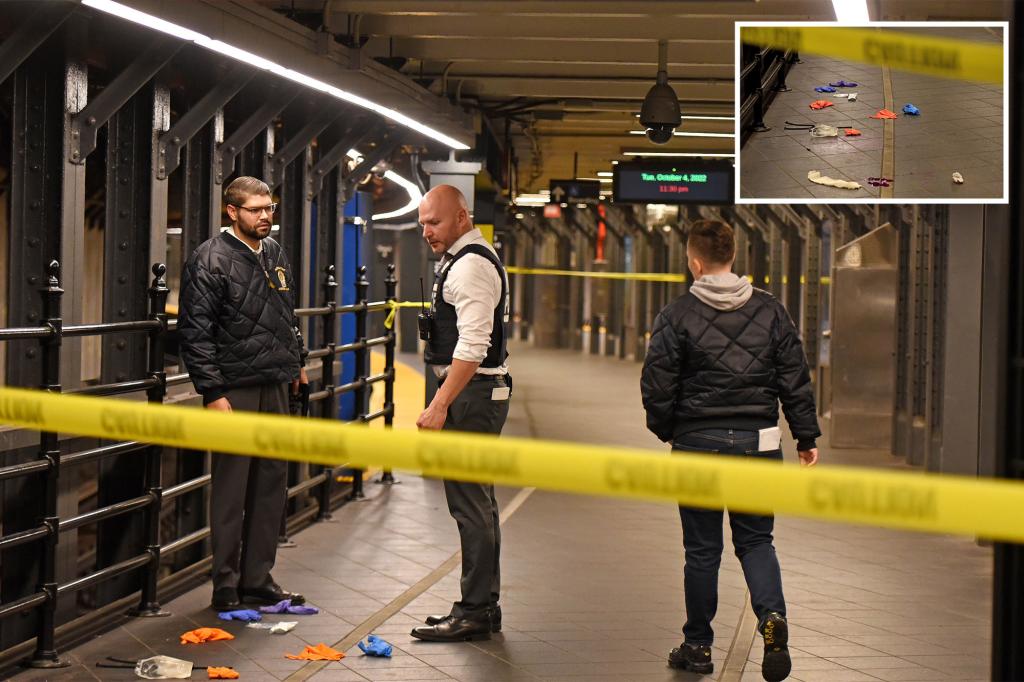 A 31-year-old man was slashed inside the Times Square subway station Tuesday night in the latest bout of violence within the Big Apple’s mass transit system.

The victim was slashed in the leg by another man during a fight inside the station’s mezzanine near the shuttle train to Grand Central just before 11 p.m., police said.

Dramatic video posted to Twitter shows officers treating the injured and bleeding man on the subway platform, with a trail of blood behind him.

He was taken to Bellevue Hospital in stable condition.

His attacker fled the station towards Grand Central Station, according to the NYPD.

It wasn’t immediately clear what sparked the bloody feud.

Creem magazine rocks on with first issue in 33 years

nypost.com - 3 months ago
The founder’s son, JJ Kramer, said the relaunch was “something I felt like I had to do. There’s a magnet that draws me to Creem."
Read More

nypost.com - 7 months ago
Daxton Hill has been a quick riser in recent weeks, especially since the versatile defensive back opened eyes with his speed at the NFL Scouting Combine.
Read More

nypost.com - 2 years ago
There’s already a dark cloud hanging over the Dallas Cowboys just one game into the 2020 NFL season. Not only did the Cowboys agonizingly lose to the Los Angeles Rams Sunday night after a questionable fourth-down decision and a controversial offensive
Read More