Mets to face Padres in wild-card round at Citi Field 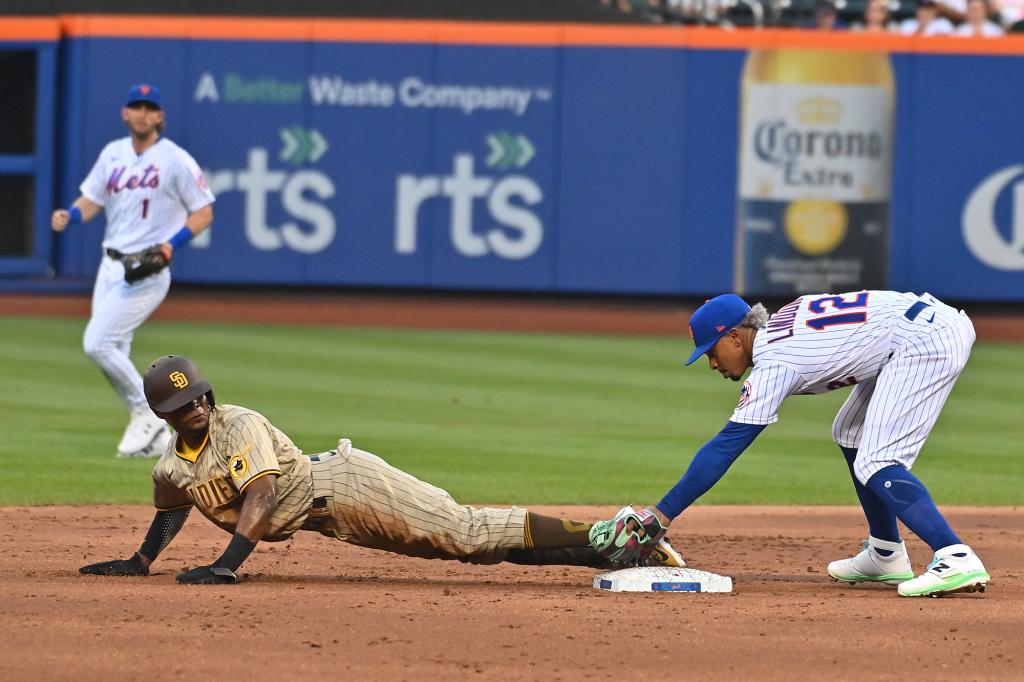 The Mets have their opponent for the first round of the 2022 MLB playoffs.

They will play the Padres, who clinched the No. 5 seed in the National League with their 6-3 win over the Giants in San Diego on Tuesday night. The two will play in the new best-of-three wild-card round beginning Friday at Citi Field. The Mets will be the home team in every game of the series, which will be played without any off days.

The Mets were officially locked into the No. 4 seed earlier Tuesday when the Braves defeated the Marlins to clinch the NL East. The Braves swept the Mets in a three-game series in Atlanta over the weekend to take a two-game lead and clinch the division tiebreaker by winning the season series.

During the 2022 regular season, the Mets lost four of six games to the Padres, who won two of three in San Diego in June and two of three at Citi Field in July in the first series after the All-Star break.

Max Scherzer took a tough-luck loss in that first game after the break, allowing two runs on five hits and a walk in six innings while striking out eight in the Mets’ 4-1 defeat.

With Fernando Tatis Jr. injured and then suspended for use of a banned substance, Manny Machado has led the way for the Padres lineup, slashing .294/.364/.529 with 32 home runs and 101 RBIs entering Tuesday.

nypost.com - 1 month ago
Dwayne Gaddy, accused of hijacking an MTA bus, was ordered held on bail Saturday by a stunned judge who said the caper left him "almost speechless."
Read More