Paul Caneiro, who is accused of slaughtering his brother's family before setting their home on fire in 2018, had allegedly been stealing their kids' college funds, according to reports.
Author: Isabel Vincent
Published: 2020-11-21 04:30 pm 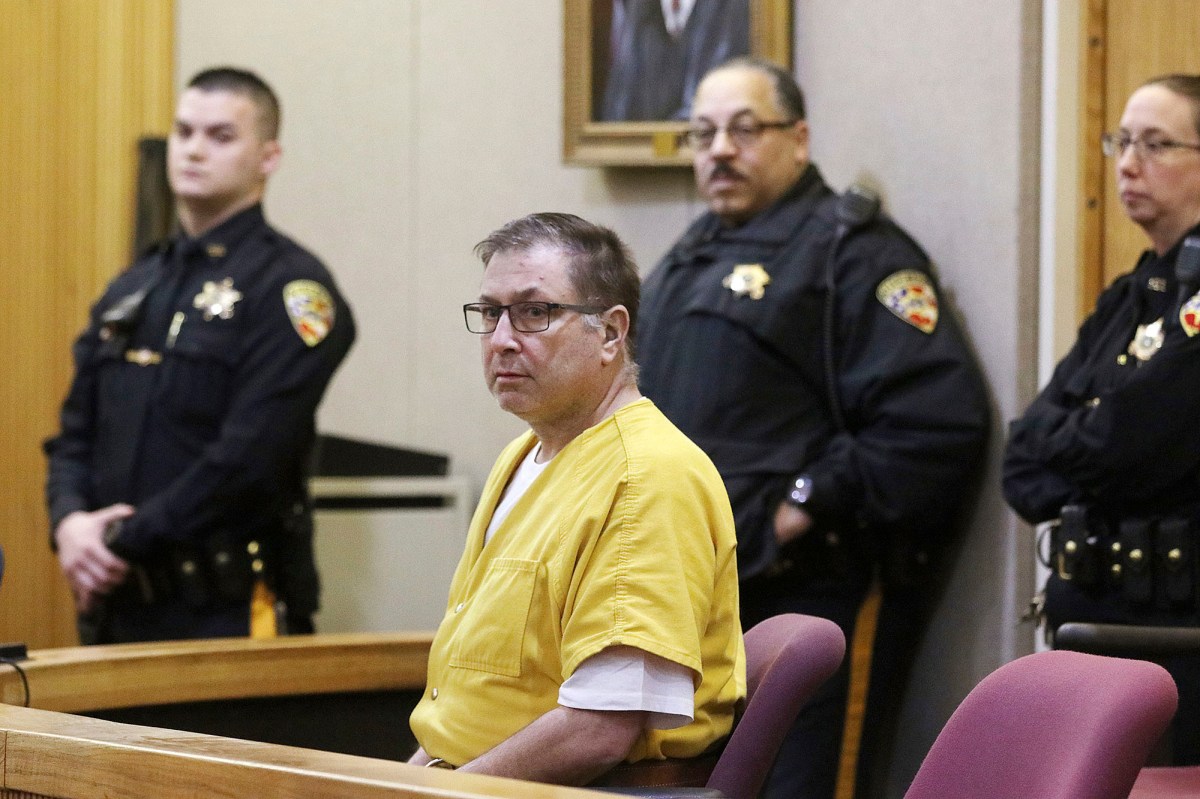 The New Jersey man accused of slaughtering his brother’s family before setting their home on fire had allegedly been stealing their kids’ college funds, according to reports.

Paul Caneiro, who faces trial next year for the horrific slayings of his younger brother Keith, sister-in-law Jennifer and their two young kids, had been appointed trustee of the children’s college accounts but instead stole $90,000, according to a wrongful death lawsuit filed by relatives this week in New Jersey.

The gruesome killings, in which Keith Caneiro, 50, was found on his front lawn shot five times, including four times in the head, while Jennifer, 45, was discovered shot and stabbed and the children, Jesse, 11, and Sophia, 8, were stabbed, rocked the wealthy and leafy enclave of Colts Neck Township on the Jersey Shore, 45 miles south of New York City.

Paul Caneiro, 53, who has pleaded not guilty, is expected to face trial next year. He’s next due in court Dec. 2.

Jennifer Caneiro told her older sister, Bonnie, about Paul’s alleged thieving in April 2018, months before the November 2018 bloodbath, according to the lawsuit filed in Monmouth County Superior Court by Jennifer’s father, Vlassis Karidis.

“In the spring of 2018, Bonnie learned from both Jennifer and Keith that Paul stopped paying for his daughter Marissa’s college tuition and that Keith wound up paying it — at a cost of approximately $60,000,” the suit said.

The child, whose body was found on a landing in the home, was the last of the family members to die. Stabbed multiple times, she was still clinging to life as a fire ripped through the home, according to details of an autopsy cited in the lawsuit.

“Because the fire that caused the victims’ smoke-related injuries was first reported at 12:38 p.m. — more than nine hours after gunshots were heard — the crime scene evidence establishes that Sophia survived her parents, albeit with multiple stab wounds, for an unimaginable period of time, but demonstrably long enough to experience breathing difficulty and onset of high-degree stress,” according to court documents.

“Sophia was the only family member to sustain ‘radiant thermal burns,’ ‘searing of the hair and eyebrows’ and to display ‘soot on the tongue and on the mucosa (mucous membrane) of the upper airway,’ ” the lawsuit said.

About 18 hours before he was killed, Keith emailed his brother Corey Caneiro and two other business associates alleging that money was missing from their family-run tech business, according to reports. In the emails, Keith said he was preparing to cut off his brother’s $225,000 salary.

Monmouth County prosecutors have said the motive in the killings and arson was financial, connected to Paul and Keith Caneiro’s joint business holdings.

Paul Caneiro, who had been put in charge of his brother’s estate, has also been accused of setting fire to his own home on the same morning as the killings, with his own wife and daughter inside, to make it seem as if the Caneiro family was being targeted, officials have said.

A lawyer for the family who filed the lawsuit declined to comment.

nypost.com - 3 months ago
When Knicks coach Tom Thibodeau turned to his bench in the second half Saturday, veteran guard Austin Rivers was not a part of the rotation. Rivers has missed 12 of 14 shots and scored just 10 points over his past four appearances — including two misses
Read More

nypost.com - 6 months ago
Democratic vice presidential nominee Kamala Harris on Monday said she and Joe Biden would “get rid of” President Trump’s tax cuts for the middle class if elected, erroneously claiming that only the nation’s wealthy had benefitted. “Joe understands that
Read More

nypost.com - 4 weeks ago
Before hiring former Hoosier Mike Woodson as its next basketball coach, Indiana was prepared to pay heavily to bring back another of the state’s prolific native sons. The Big Ten program was willing to tender a seven-year contract worth $70 million to lur
Read More

Apple AirPods Pro are $50 off during B&H flash sale

nypost.com - 7 months ago
If you’ve been eyeing some new Apple AirPods Pro earbuds, then B&H has the perfect sale for you. The retailer is taking $50 off the beloved headphones — which means you can grab the top-rated earbuds for just $199. And with features like noise
Read More
More News & Articles