Dear Jets: There’s Hope to Be Found in a Winless Season. Take It From Someone Who Knows.

For one thing, you are leading the race for the top draft pick. But seriously, even finishing at 0-16 can yield valuable resilience. So says Hue Jackson, who coached the winless 2017 Cleveland Browns.
Author: Gillian R. Brassil
Published: 2020-11-22 08:43 pm 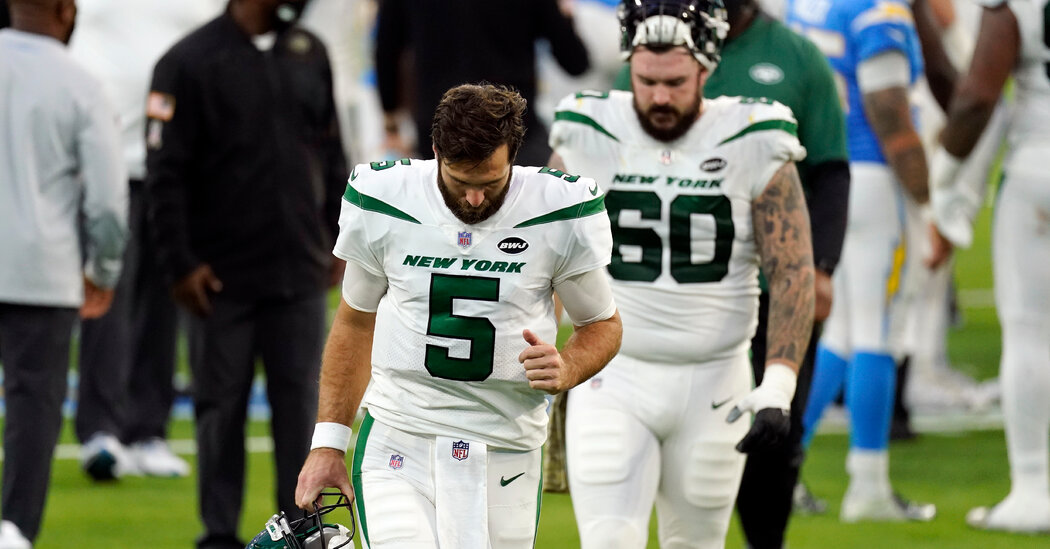 Yet here are some reassurances that fans should keep in mind: No team gives up, even in the face of injuries, smack talk or other adversity on and off the field. And no coach guides a team toward losing in order to gain a top draft spot, though some people have suggested that is the case with the Jets’ Adam Gase.

At least that is the view from someone who has been there, Hue Jackson, who was the head coach of the Browns during their 0-16 season.

“That was the best coaching job I’ve ever done,” he insisted in a telephone interview on Thursday.

Jackson had to keep his team focused, ready and excited every week throughout a season with little hope of a win. That year, the Browns were the youngest team in the league.

“We could see that we needed to go get better talent to provide a winning opportunity for our players,” said Jackson, who was fired in October 2018 with a record of 3-36-1 over his two and half seasons with the Browns. “But we kept going by the grace of God, and belief in our players and selves as coaches.”

The Jets, after shedding some older players, are relying heavily on rookies, and Gase has said that the team is aiming to train younger players for the coming years.

After going 23-25 in three years in Miami, Gase is 7-19 with the Jets and he might not be around for long if things don’t improve.

Mathematically, the Jets have no way of getting to the playoffs. But there is a good chance they will acquire Clemson’s dynamic quarterback, Trevor Lawrence, with the No. 1 pick next spring, assuming he enters the 2021 N.F.L. draft and the Jets continue being worse than the Jacksonville Jaguars, who are 1-9 after Sunday’s loss to Pittsburgh.

Gase and his players have insisted they are not tanking. “Nobody’s talked about that,” Gase said in a call with reporters on Wednesday.

On Sunday against the Los Angeles Chargers, Joe Flacco made his fourth start at quarterback for the Jets while Sam Darnold continues to recover from a shoulder injury, and he performed well in the second half, but ultimately the Jets lost, 34-28. The timeline for Darnold’s return is blurred; many fans and Twitter users have wondered if Darnold, in his third year out of Southern California, will be out of a job after the 2021 draft.

“I have social media, I’ve seen some of the things,” Darnold told reporters last month.

Giving up on Darnold, though, would mean the Jets had already failed to convert a highly drafted quarterback into an N.F.L. success. He was the No. 3 pick in 2018, the same year that the Browns used the No. 1 spot — the fruit of their 0-16 season — to take quarterback Baker Mayfield, who is often credited with helping to move the franchise toward respectability. In his N.F.L. debut, in Week 3 of the 2018 season, Mayfield helped the Browns end their winless streak by defeating against the Jets. Cleveland went 7-8-1 in his rookie year and 6-10 last year.

After a win over the Philadelphia Eagles on Sunday, the Browns are 7-3, good for second place in the A.F.C. North, and vying for a playoff spot.

Throughout his time with the Browns, Jackson reminded players that nothing was over until the final whistle of the last game. Which, to some extent, could not come fast enough.

“People are not built to lose, especially when you’re a leader,” he said. “In order to continue to be your best, you have to keep those down feelings away from the players, your family, the office and even yourself.”

Boosting morale can be difficult in the face of steady losses and shaming by fans. In an “All Things Covered” podcast episode last week, Jamal Adams — a First-Team All-Pro safety last year — said that frequent losing had left him depressed for much of his three seasons with the Jets. After a 7-9 record last season and disagreements between Adams and the front office, he was traded to the Seattle Seahawks this summer.

Many of the current Jets have said they are hopeful about ending their losing streak.

“We just want to go out there and win, we don’t care about the draft,” offensive tackle Mekhi Becton said in a conference call with reporters on Wednesday.

“Football is a game of love, so I can’t ever be that depressed,” linebacker Jordan Jenkins said on Thursday.

Jackson said the road through a difficult season can lead in several directions. Since 2017, he has built a foundation that aims to fight human trafficking, helped manage a tequila company and created an organization in Cleveland called Strangers 2 Changers, which helps bring together people from different backgrounds for community projects.

Jackson said he still hoped to take his expertise back to football, adding that he often summons memories of the scent of grass from the field.

Gase brought Williams on in January 2019, and he coached the Jets’ defense to seventh place over all in the N.F.L. last season, despite a 7-9 record. This season, the defense was ranked 28th in the league and the offense was at the bottom entering Week 11.

“One of the reasons I’ve been able to coach in the league for this long is because I’ve been a mentor: a life coach and a football coach,” Williams said in a call with reporters on Friday. “And I like that challenge, having to start over with young people in that way.”

When you’re a Jet, looking for the bright side seems a prerequisite. And on Friday Williams was no exception, saying: “We had one of best practices since I’ve been here in two years today.”

Haaland, With a Key Vote in Her Column, Appears Headed for Confirmation

Why Lisa Montgomery Shouldn't Be Executed

www.nytimes.com - 5 months ago
The execution of Lisa Montgomery would be an injustice on top of an injustice.
Read More

www.nytimes.com - 7 months ago
Television taught me how to move between social classes — but at what cost?
Read More

www.nytimes.com - 9 months ago
Playing a homeless teen in “All Together Now” was taxing for several reasons, but the voice of “Moana” was happy to continue her run of strong female roles.
Read More
More News & Articles