Analysis: Trump finally found someone with a too-crazy conspiracy theory about the 2020 election

It appears as though even President Donald Trump has a limit on the sort of conspiracy theories about the election with which he is willing to associate himself.
Author:
Published: 2020-11-23 10:12 am 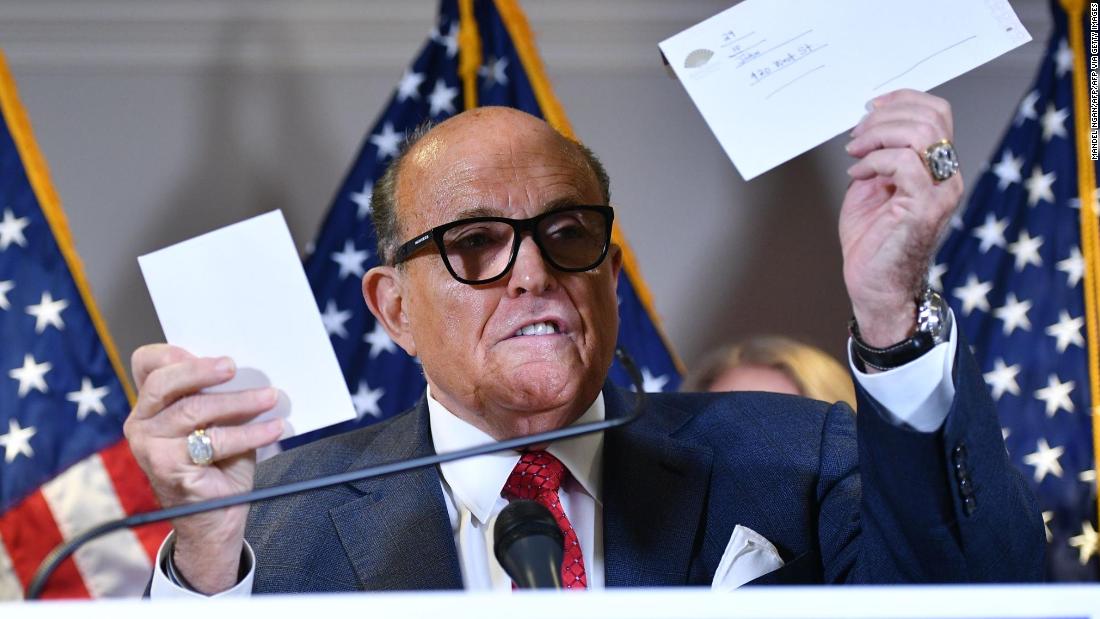 (CNN)It appears as though even President Donald Trump has a limit on the sort of conspiracy theories about the election with which he is willing to associate himself.

Amid his ongoing false claims about burned ballots, poll watchers being asked to leave voting places and everywhere fraud, fraud, fraud, the President and his legal team put a whole lot of distance between themselves and attorney Sidney Powell following an appearance on NewsMax over the weekend.

"Georgia is probably going to be the first state I'm going to blow up ... and Mr. Kemp and the Secretary of State need to go with it because they're in on the Dominion scam. ... Another benefit Dominion was created to reward is what I would call election insurance, that's why Hugo Chavez had it created in the first place. I also wonder where he got the technology, where it actually came from because I think it's him or ... the CIA."

OK, OK. So Georgia Gov. Brian Kemp, a Republican and a man who had adhered himself to Trump throughout his political career, is actually part of a massive fraud involving Dominion, a voting machine company, that somehow has ties to the late Venezuelan president Hugo Chavez and/or the CIA?

Man! This thing goes deeper than I thought!

I kid, of course, because all of what Powell said is, er, a little off. Dominion is a voting systems company founded in Florida. Yes, its founders have Venezuelan roots, but there are zero known ties between it and that country's government. As for Powell's claim that Kemp and Georgia Secretary of State Brad Raffensperger are "in on the Dominion scam," there's no evidence of any sort to back up that claim.

"Sidney Powell is practicing law on her own," said Trump lawyers Rudy Giuliani and Jenna Ellis. "She is not a member of the Trump Legal Team. She is also not a lawyer for the President in his personal capacity."

Then why was Powell beside Giuliani and Ellis at a press conference Thursday at the Republican National Committee -- where she said a lot of similar things about Venezuela and Chavez? And why, when asked at that RNC press conference who was leading the investigation into supposed election fraud, did Giuliani say, "I'm in charge of this investigation with Sidney and the people that you see here?" And why did Trump tweet this on November 14: "I look forward to Mayor Giuliani spearheading the legal effort to defend OUR RIGHT to FREE and FAIR ELECTIONS! Rudy Giuliani, Joseph diGenova, Victoria Toensing, Sidney Powell and Jenna Ellis, a truly great team, added to our other wonderful lawyers and representatives!"

Right. Because of course, Powell was a member of the Trump legal team. Right up until she wasn't anymore.

Even Trump and Giuliani appear to have some minimum standard of acceptable conspiracy theory -- and Powell crossed that line with her allegations about Kemp, Chavez and the CIA. (What a sentence!).

Does this mean that Giuliani, Ellis and the remaining members of Trump's legal team won't continue to push baseless junk about how the President actually, somehow, won the election? Of course not! They just won't be pushing Powell's particular version of that junk.

www.cnn.com - 8 months ago
Democratic nominee Joe Biden on Thursday showed the empathy and fact-based thinking at a CNN Town Hall that President Donald Trump has been lacking, both at his own similar event two days before and throughout his botched management of a pandemic that has
Read More

GM extends shutdown at three plants due to chip shortage

www.cnn.com - 3 months ago
The computer chip shortage is taking a bigger bite out of General Motors' production plans than the company originally expected.
Read More

Sheldon Adelson, Republican kingmaker and casino magnate, has died at 87