The heat "is causing a strain on supplies, and consumers should be prepared for likely rolling outages during the late afternoons and early evenings through Wednesday," the California Independent System Operator said in its statewide flex alert Sunday.
Author: Laura Newberry
Published: 2020-08-16 08:01 pm 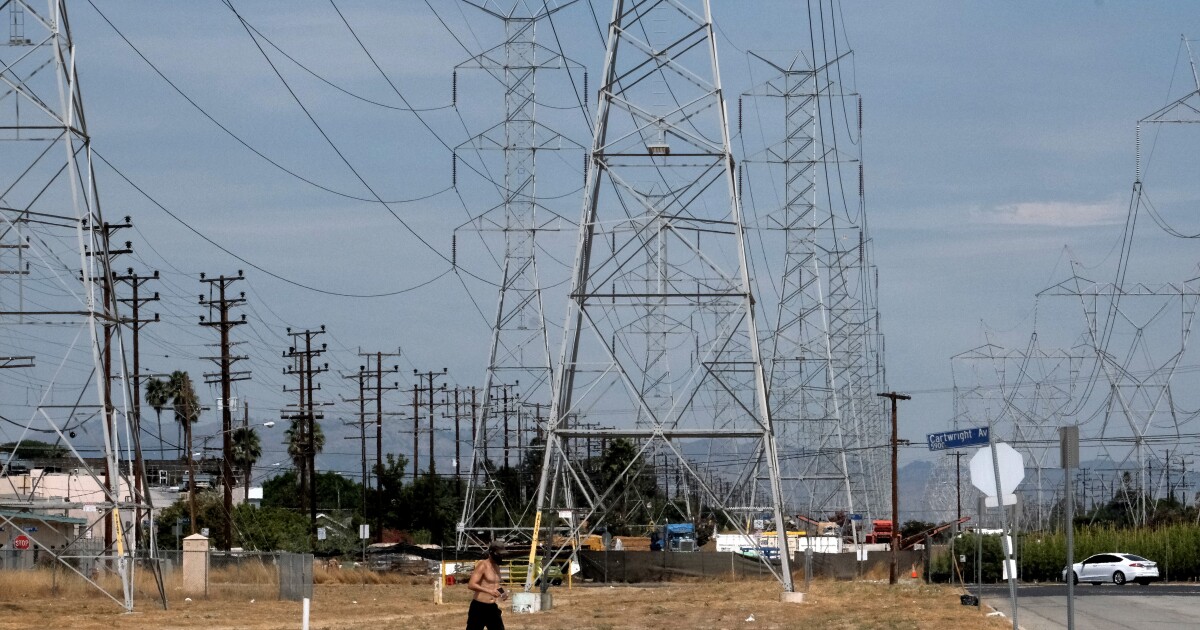 The manager of California’s power grid is urging residents to voluntarily conserve energy through Wednesday as the state continues to ride out a record-breaking heat wave.

The heat wave “is causing a strain on supplies, and consumers should be prepared for likely rolling outages during the late afternoons and early evenings through Wednesday,” the ISO said in its alert, adding that there is not enough energy to meet the high amounts of electricity people are using in order to cool themselves down.

Residents are asked to lower energy use from 3 p.m. to 10 p.m., when temperatures remain high but the sun is weaker.

The ISO recommends setting air conditioning thermostats to 78 degrees, turning off unnecessary lights, unplugging electrical devices not in use, closing blinds and drapes, and using fans, when possible.

The California Independent System Operator, the body that runs the electric grid for most of California, declared a statewide Stage 3 emergency Friday evening and ordered utilities to shed about 1,000 megawatts, prompting rolling blackouts across the state. A single megawatt powers about 750 homes, spokeswoman Anne Gonzales said.

It was the first time since 2001 that state electric grid operators have had to implement such a drastic step.

Forecasters warned that the heat wave, which is expected to last through at least Thursday, could rival the deadly seven-day heat event of July 2006.

The excessive heat is the result of a large, strong high-pressure system centered over Arizona, which is keeping the Southwestern U.S. hot almost everywhere except within a few miles of the coast.

The heat has heightened fire conditions in the West.

The Lake fire in the Angeles National Forest, above Lake Hughes, had grown to 18,361 acres and was 12% contained as of Sunday evening. At least 12 homes and commercial buildings had been destroyed. The Ranch 2 fire north of Azusa had burned at least 2,256 acres.

The Loyalton fire, which started Friday evening in the Tahoe National Forest near California’s border with Nevada, grew to 20,000 acres with zero containment as of Sunday morning.

www.latimes.com - 8 months ago
The 7,000-acre El Dorado fire was sparked by smoke devices used during a gender-reveal party at a Yucaipa, Calif., park.
Read More

www.latimes.com - 6 months ago
Penny Aboud, 16, said a woman selling MAGA hats at a South Pasadena intersection yanked her hair and pulled her to the ground.
Read More

www.latimes.com - 1 month ago
The rally at the Huntington Beach Pier, which was advertised via social media, is one of several such demonstrations scheduled across the country.
Read More

www.latimes.com - 3 months ago
Another storm front is blowing through the nation's midsection, where power grids struggle amid the wild weather swings that come with climate change.
Read More
More News & Articles