At 7:21 p.m., police and EMS workers responded to a 911 call that was most likely triggered by a carbon monoxide alarm in the third floor apartment, according to police and sources.
Author: Kevin Sheehan, Tina Moore, Jesse O’Neill
Published: 2022-11-27 09:48 am 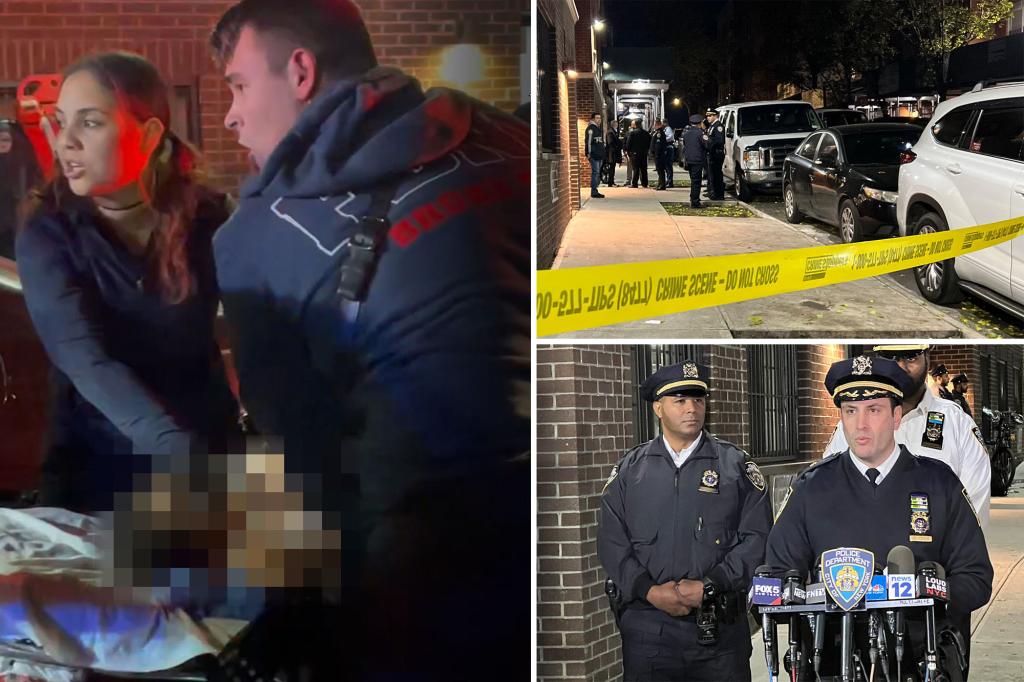 The bodies of a toddler and baby that were found stabbed to death more than a half hour after police responded to a domestic disturbance in the Bronx Saturday had been concealed in a running bathtub under piles of clothes.

The young boys, ages 3 years old and 11 months old, were found in the tub with “multiple stab wounds” to the neck and torso inside of a homeless shelter at 246 Echo Place in Mount Hope by their father just before 8 p.m., police said.

At 7:21 p.m., police and EMS workers responded to a 911 call that was most likely triggered by a carbon monoxide alarm in the third floor apartment, according to police and sources.

Police found the boys’ 22-year-old mother naked and “acting irrationally” in the apartment, which was filled with noxious gas after she was lighting things on fire in the kitchen, police and sources said.

Officials turned off the water to the running bathtub and took the unidentified woman to St. Barnabas Hospital. They did not notice that the slain children were concealed under the pile of clothes in the tub, according to police.

“There wasn’t anything obvious to suggest there were dead kids in there,” a police source said.  “There was no blood.”

Before she left for the hospital, a family friend told cops that the woman’s children were with their father, police said.

The man, who was on the fourth floor of the building when cops were first called, made the gruesome discovery about 35 minutes later, and his desperate calls for help prompted neighbors to call 911 a second time, at 7:57 p.m., officials said.

The boys’ mother was considered a person of interest in the horrific double murder, police said. Charges had not been filed against her Sunday morning.

Neighbor Shannon Holyfield saw the boys’ father screaming and covering the two naked boys, covered in blood. She described the scene as “horrible and heartbreaking.”

“They are babies. The boys didn’t deserve that.”

Holyfield said the parents of the slain babies had been fighting earlier in the day.

A man who lives on the fourth floor of the complex told The Post he helped the panicked father pull the kids out of the tub when he found them, and noted that first responders and shelter staff initially “walked past” the stabbed children.

“I tried to give the little baby some air but it was too much,” the neighbor said.

Further life saving efforts on the tiny unidentified victims were unsuccessful. The medical examiner was set to determine the cause of death, police said.

nypost.com - 2 years ago
Imprisoned Hong Kong media tycoon Jimmy Lai has reportedly been charged under the city’s new national security law on suspicion of colluding with foreign forces. The charge against the 73-year-old billionaire, who is a prominent pro-democracy activist, wa
Read More

nypost.com - 2 years ago
This Bud's for you — and your pooch.
Read More

The USMNT makes its return to World Cup vs. some familiar foes

nypost.com - 2 months ago
The U.S. men’s national team makes its return to the World Cup with some familiar foes waiting for them.
Read More

nypost.com - 2 years ago
Wearing denim and a blazer, he asked the crowd to join him in the last verse.
Read More
More News & Articles