French President Emmanuel Macron this week said that negotiation with Russia could still end the war in Ukraine — and that Russian President Vladimir Putin’s invasion was a “huge mistake” based on “a fake narrative.” Macron made the statements in an
Author: Evan Simko-Bednarski
Published: 2022-12-01 01:55 pm 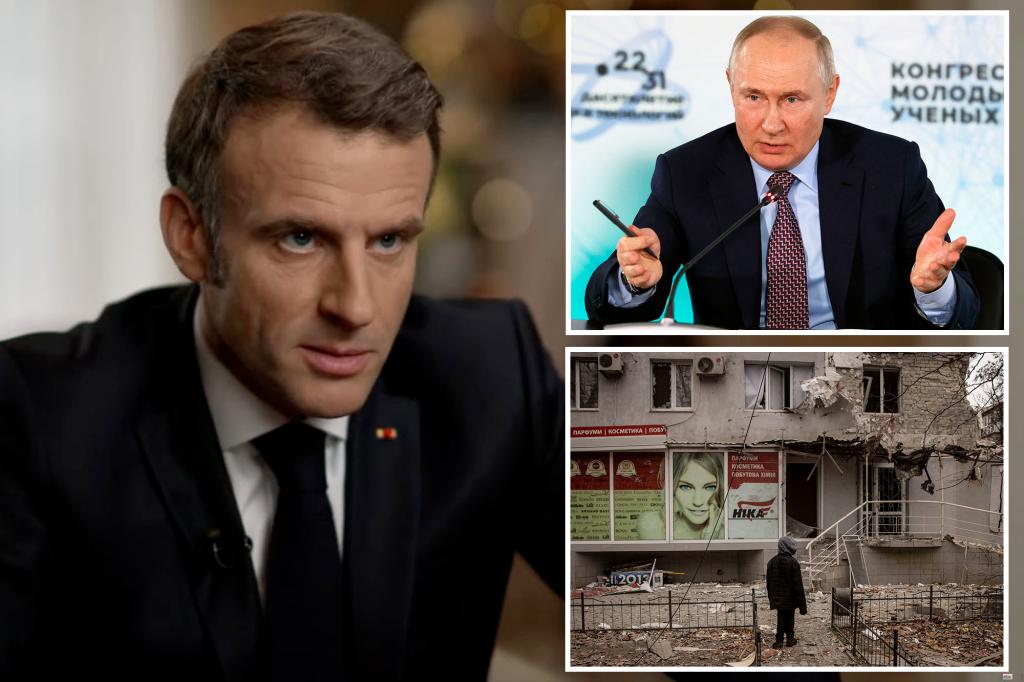 French President Emmanuel Macron this week said that negotiation with Russia could still end the war in Ukraine — and that Russian President Vladimir Putin’s invasion was a “huge mistake” based on “a fake narrative.”

Macron made the statements in an interview with ABC News’ George Stephanopoulus broadcast Thursday.

“I think that President Putin made a huge mistake by launching this war,” the French president said. “He decided on his own, based on a fake narrative, saying ‘NATO will use Ukraine to attack Russia,’ which is totally wrong.”

Asked by Stephanopoulos if a leader who acted that way could be trusted as a negotiating partner, Macron said simply, “This is exactly the question.”

“I think he made a mistake,” Macron continued. “Is it impossible to come back [to] the table and negotiate something? I think it’s still possible.”

The French leader was criticized by some early in the war for maintaining diplomatic contact with Putin — before the Kremlin decided Paris was “unfriendly” for participating in the international sanction regime against Russia and broke off contact.

Macron and Putin spoke again in August to discuss a plan to allow UN inspectors to visit the embattled Zaporizhzhia Nuclear Power Plant.

The French president — who is in the US this week for the first foreign state visit of President Biden’s tenure — told Stephanopoulos he is interested in a “sustainable” peace that is amenable to the Ukrainians.

“A good peace is not a peace that will be imposed on the Ukrainians,” he said.

Kyiv has repeatedly stated that the restoration of Ukrainian territory — including Crimea, which was annexed by Russia in 2014 — is a necessary prerequisite to peace.

nypost.com - 1 year ago
White House Press Secretary Jen Psaki declined to comment on the upcoming Virginia gubernatorial election, saying she "learned her lesson" after being accused of violating the Hatch Act.
Read More

Mets vs. Marlins prediction: Taijuan Walker will shut down Miami

nypost.com - 1 year ago
The Mets will beat the Marlins on Wednesday night, Stitches predicts.
Read More

nypost.com - 2 months ago
"I apologized because [the person] said she wouldn’t make a fuss about it but it doesn’t mean that I admit the charges," he said.
Read More

What fixing Yankees’ shortstop problem truly comes down to: Sherman

nypost.com - 1 year ago
I do agree that if the Yankees repair catcher and shortstop, that would do much to keep them a 90-plus win contender.
Read More
More News & Articles