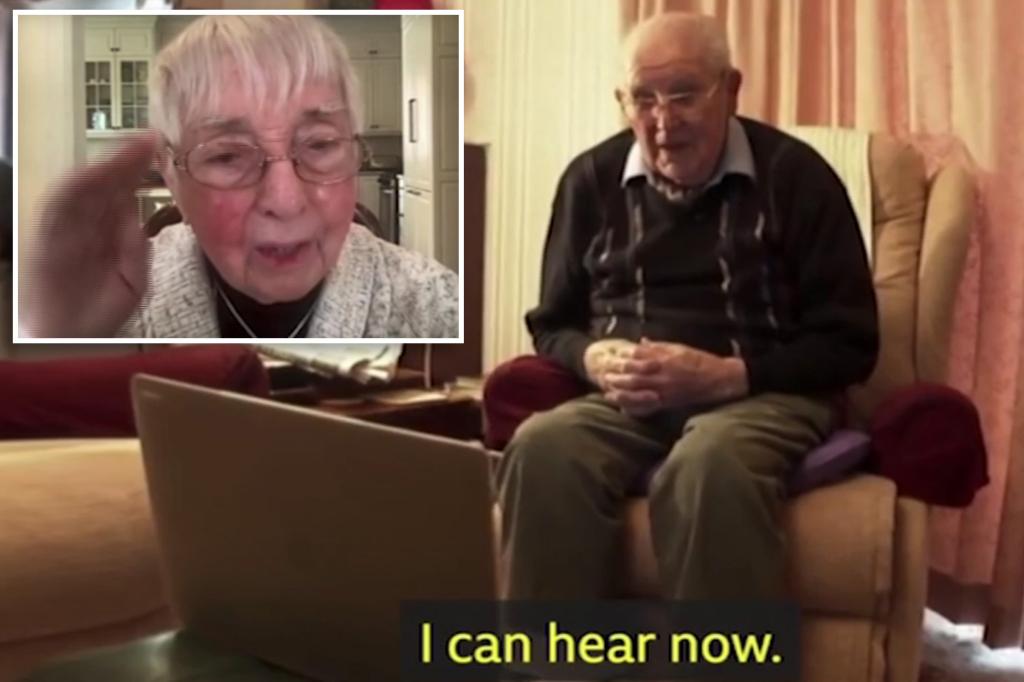 Celesta Byrne and Geoff Banks have been across-the-pond pen pals for nearly 84 years — and recently celebrated their 100th birthdays with their first video call.

The letter-writers — Byrne is American, currently living in Texas, and Banks is from the UK — began communicating in 1938 when they were just 16, sending their first letters across 5,000 miles as part of an educational program to connect young US and British students.

“They matched us up with Americans for a pen pal relationship, and somehow I ended up with this letter from an American girl, and we just kept corresponding ever since,” Devon, England, resident Banks recounted to South West News Service.

A year after they started corresponding, World War II broke out in Europe, but the two continued to communicate even as Byrne served as a mechanic on the British aircraft carrier HMS Illustrious in the Pacific.

“There were a couple of years where we struggled to keep in touch because of the war, but some of my mail I had sent to her during the war was returned to her after it ended and she wrote me back,” he recalled.

As time went on, the two continued sharing stories of their lives with one another, casually checking in throughout the years. “We just talk about daily lives and our families really,” Banks said.

He told the BBC that it has been “a source of great satisfaction” to continue writing over the years.

“She’s a very interesting person. We exchange stories and she’s very good to talk to,” he said.

However, the two are sure to clarify that there was no long-distance love connection — just a transatlantic friendship between the two centenarians.

“We’re just friends, like people who live next door,” Bryne said to the BBC. “You ask how they’re doing, you say a few words and then you both go to work.”

“There wasn’t ‘glibbily globbally’ stuff — it was just normal neighbor people,” she insisted.

The two each married — Banks’ wife of 63 years passed away in 2011 — and went on to start their own families, each raising several kids and now having grandchildren. (Banks is also a great-grandfather.)

As technology and their ages have advanced, their letters turned to emails and, most recently, to video calls.

“Now, of course, she is partially sighted, so I correspond mainly by email to one of her daughters, who lives nearby,” Banks told SWNS. “Email is much easier for me these days, too, because I can’t write very well anymore.”

He’s also been excited to video chat with his friend from time to time.

“I have this new thing called Zoom, I think, now to chat with her, but I leave all the technology to younger people,” Banks said.

“They’re much better at pressing all the buttons.”

The two actually have met in person twice — once in 2002 when Banks was visiting New York while Bryne was living in New Jersey and another in 2004 when Banks made his way to New Jersey.

But the two now mainly keep their communication online via email or video calls.

“It’s nice to hear your voice,” Bryne said to her longtime pal as the two connected via a video chat their children set up for them that was recorded by the BBC.

The two plan to maintain their friendship as long as possible with the help of their children.

“Keep the emails flowing,” Banks requested before the two hung up.

nypost.com - 2 years ago
Obi Toppin's alley-oop slam in the Knicks' 101-92 Game 2 win over the Hawks on Wednesday night brought his Mom to tears.
Read More

Woman on scooter run over by box truck in NYC, police say

nypost.com - 1 year ago
The crash happened around 11:15 a.m. as the 24-year-old woman rode next to the truck in Williamsburg, cops said.
Read More

nypost.com - 1 year ago
Members of the far-right Proud Boys group marched through Rockville, LI, over the weekend, storming into stores and disrupting shoppers, according to video and reports.
Read More

nypost.com - 2 years ago
If you’re looking for the perfect jacket to take on the elements while exploring outdoors, then Huckberry’s exclusive Lululemon jacket is just what you need. The down-insulated Navigation jacket is warm, water-resistant and ready for whatever adventure yo
Read More
More News & Articles