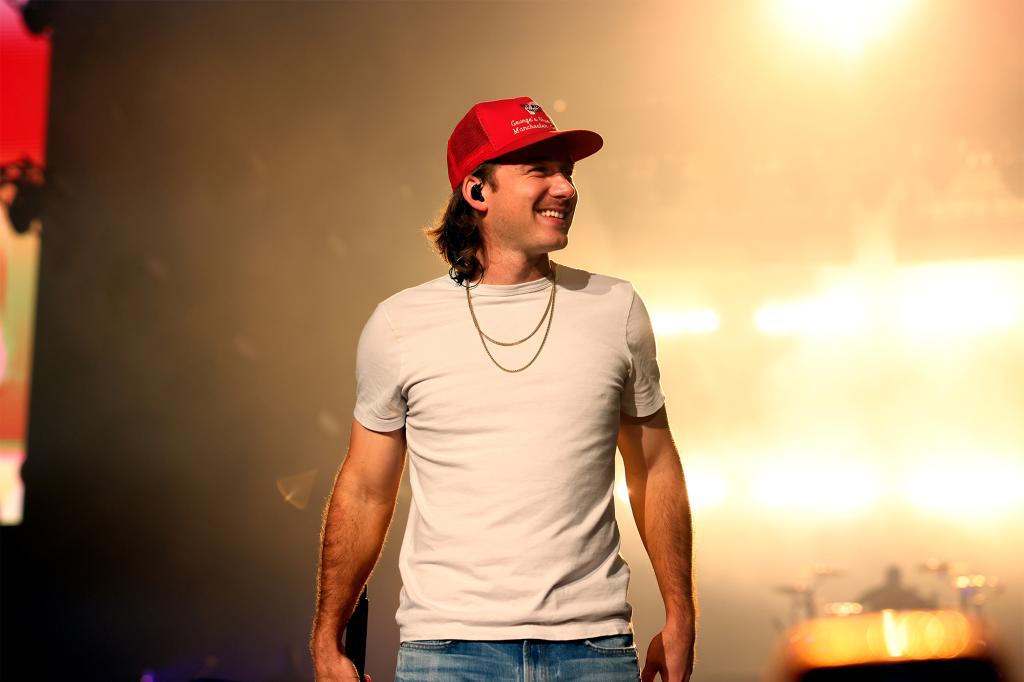 nypost.com
Vivid Seats is the New York Post's official ticketing partner. We may receive revenue from this partnership for sharing this content and/or when you make a purchase.

2023 is shaping up to be quite the year for country fans.

Household names George Strait, Reba McEntire and Kenny Chesney will tour all over North America plus Garth Brooks is performing in Las Vegas all year long.

Now, you can add controversial rising star Morgan Wallen to the roster of megastars that just might be coming to a city near you next year.

From April through October, the “Whiskey Glasses” singer is heading to stadiums and arenas all over North America as part of his “One Night at a Time World Tour.”

He’ll also hit the annual WE Fest along with Brad Paisley, Kane Brown and a number of other country stars from Aug. 3-5 in Detroit Lakes, MN.

So, for those who don’t want to wait until tickets officially go on sale, you can also snag seats as early as today.

While inventory isn’t available on Ticketmaster to the general public until Friday, Dec. 9 folks who want to ensure they have tickets ahead of time can go ahead and purchase on Vivid Seats before seats are officially on sale.

Vivid Seats is a secondary market ticketing platform, and prices may be higher or lower than face value, depending on demand.

They have a 100% buyer guarantee that states your transaction will be safe and secure and will be delivered before the event.

All tour dates, venues, show start times and links to buy tickets for each show can be found below.

(Note: The New York Post confirmed all above prices at the publication time. All prices are subject to fluctuation and include additional fees at checkout.)

At each show, Wallen will be joined by fellow country stars to round out the bill. Here’s the skinny on each artist accompanying him on the “One Night at a Time World Tour.”

Parker McCollum, 30, is a headliner in his own right. Active since 2013, McCollum won the New Male Artist of the Year at the American Country Music Awards in 2022. He’s known for smash singles “Pretty Heart” and “Hell of a Year.”

Hardy aka Michael Wilson Hardy has written music for stars Florida Georgia Line, Thomas Rhett and Wallen of course. However, let’s not forget he’s a prolific singer-songwriter himself. Start with “One Beer” and “Give Heaven Some Hell” if you want a good starting point for his catalogue.

Ernest is “Nashville’s most unpredictable hitmaker” according to his website. Inspired by artists as varied as Eminem and George Jones, Ernest recently headlined the Sucker For Small Towns Tour and sold out college towns nationwide. Check out his new record “Flower Shops” which includes lead single “Flower Shops” featuring Morgan Wallen.

Bailey Zimmerman doesn’t just do country. His website claims his music “strikes a sweet spot between timeless American country, rafter-rattling arena rock, and authentic storytelling.” His single “Rock and a Hard Place” has racked up nearly 100 million streams on Spotify since it was released earlier this year.

While Wallen hasn’t officially released a full record since 2021’s massive 33-song “Dangerous: The Double Album,” he’s stayed quite busy in the year since it dropped.

In addition to a number of singles he’s put online, he just dropped three new tracks “One Thing At A Time,” “Tennessee Fan” and “Days That End In Why” as promised in his Instagram post announcing his tour.

You can hear snippets of all three singles below.

While Wallen is a bona fide star, his ascent to the top hasn’t come without a few hiccups.

In fact, his Wikipedia has a whole section dubbed “Controversies.”

Just a few of his most notable scandals include an arrest for public intoxication and disorderly conduct (May 2020), partying maskless in a bar at the height of the pandemic (October 2020) and using racial slurs on camera (February 2021).

Following his racist incident, Wallen donated $300,000 to the Black Music Action Coalition and has been banned from a number of award shows.

As noted before, many huge stars are heading out on tour but while we’re here, here are five more major country acts we can’t wait to see live next year.

nypost.com - 1 year ago
If this is the season’s turning point for the Knicks, they will always remember The Alamo.
Read More

nypost.com - 2 years ago
After a shaky start to the season, Virginia has won six straight games and will look to keep the streak going Monday when it hosts the Syracuse Orange. Virginia’s hallmark is slowing games to a crawl with its pack-line defense, which can cause what they d
Read More

nypost.com - 1 year ago
The reptile dealer was in the fourth episode of the Netflix docuseries.
Read More

nypost.com - 9 months ago
Isaiah Lee, 23, of Los Angeles, was charged with the shocking caught-on-camera attack of the 48-year-old comedian at Tuesday night's show at the Hollywood Bowl, the LAPD said.
Read More
More News & Articles