New York state Health Commissioner Dr. Mary Bassett unexpectedly announced Friday she will leave her job after just over one year running the state responses to COVID-19 and monkeypox under Gov. Kathy Hochul. “I am leaving now so the next commissioner can
Author: Zach Williams, Carl Campanile
Published: 2022-12-02 02:51 pm 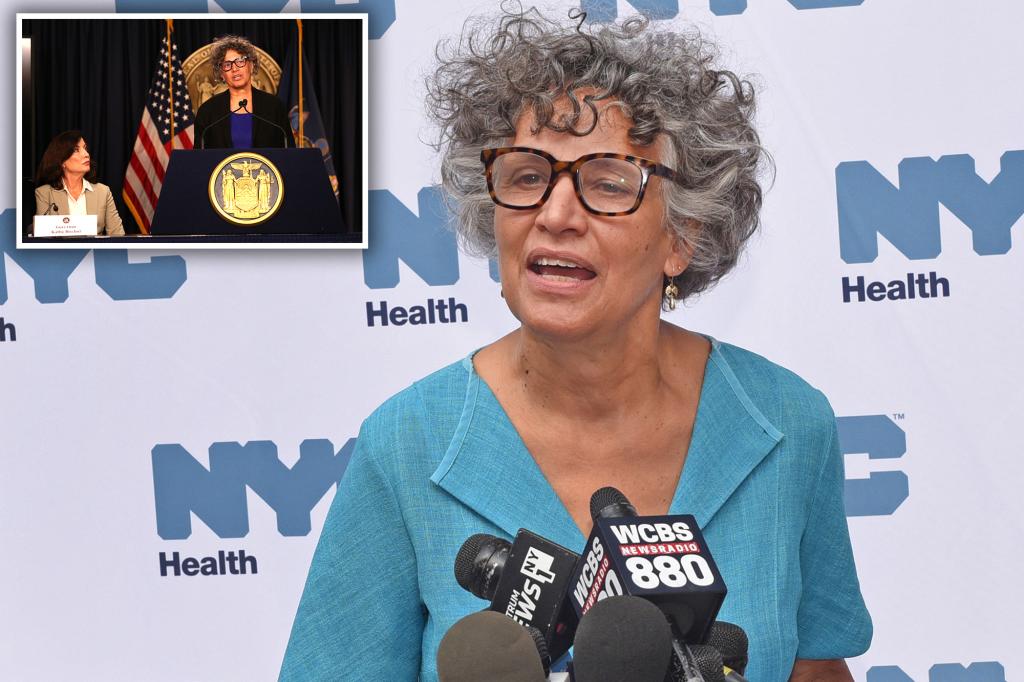 New York state Health Commissioner Dr. Mary Bassett unexpectedly announced Friday she will leave her job after just over one year running the state responses to COVID-19 and monkeypox under Gov. Kathy Hochul.

“I am leaving now so the next commissioner can have the chance to lead this great department for a full four-year term under the leadership of Gov. Hochul,” Bassett said Friday about her decision to bolt by the end of the month.

The timing of her departure contrasts with the six-year tenure of her predecessor, Dr. Howard Zucker, as well as Bassett’s own four years leading the New York City Health Department under Mayor Bill de Blasio.

Bassett said she will return to Harvard University, where she previously led the François-Xavier Bagnoud (FXB) Center for Health and Human Rights before taking an official leave of absence to take the New York gig.

Bassett previously made her name in public health through AIDS work that included 17 years on the faculty at the University of Zimbabwe.

“Throughout her time in my administration — from the onset of the Omicron variant and through mpox and polio outbreaks — she has worked tirelessly to keep New Yorkers informed, healthy and safe. I am proud that she brought her world-renowned expertise in equity and public health to the State Department of Health,” Hochul said in a statement.

While Bassett is a world-renowned public health expert, her tenure was not without controversy.

Bassett faced criticism for resisting efforts to investigate controversial nursing home policies during the pandemic under disgraced ex-Gov. Andrew Cuomo, who resigned in August 2021 amid a litany of scandals including an alleged cover-up of COVID-19 deaths.

The DOH also got entangled under Bassett’s watch in an alleged pay-to-play scheme involving the purchase of COVID-19 rapid tests from a company linked to $300,000 in donations to Hochul’s reelection campaign.

Hochul has denied wrongdoing and Bassett has never been personally tied to the decision-making that led to the controversial purchases at prices much higher than those paid by California for the same tests, which the Times Union revealed last summer.

While it remains unclear exactly what spurred Bassett’s final decision to leave New York for Massachusetts again, Bassett suggested Friday that it took time to make up her mind.

“This was a very difficult decision,” she said.

nypost.com - 1 year ago
San Diego State and St. Mary’s will hook up on Friday in Phoenix with each looking for a big win to help its case for an at-large NCAA Tournament bid.
Read More

How I escaped the Mennonites — and my ‘domestic terrorist’ father

nypost.com - 2 years ago
In a case that made national headlines, Mennonite Robert L. Bear was excommunicated in 1972 for questioning church leaders and accusing them of hypocrisy — and treated sympathetically by the press for doing so. A New York Times story from July 1973 called
Read More

nypost.com - 8 months ago
"I can close my eyes and I see that image of him and that gun walking up to my school," fourth-grade teacher Nicole Ogburn told the "Today" show in an interview that aired Monday.
Read More

nypost.com - 10 months ago
A gunman chased another man down a Brooklyn street and fatally shot him after the two got into a crash earlier this month, disturbing new video shows.
Read More
More News & Articles