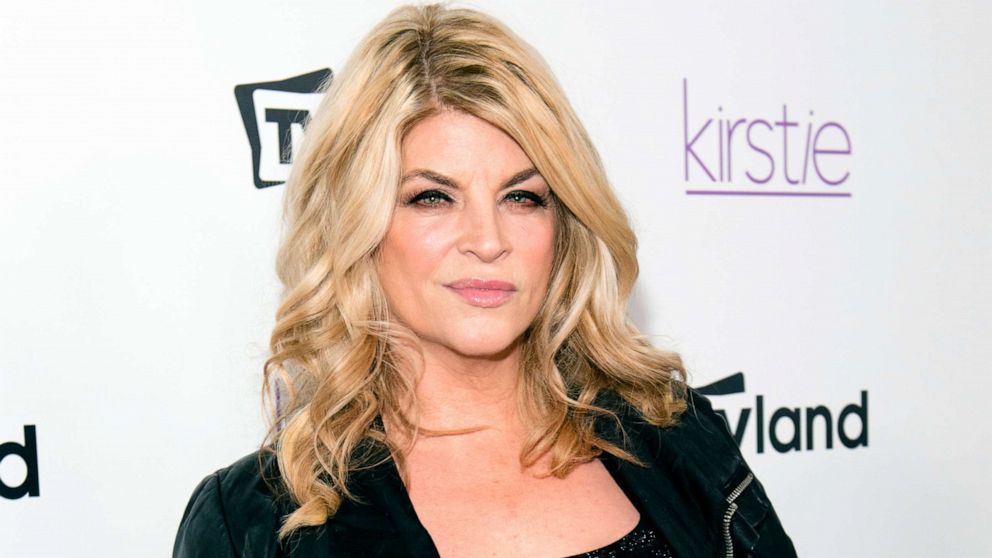 The actress was 71 years old.

Actress Kirstie Alley has died after battling cancer, her family and her manager announced Monday night. She was 71 years old.

"We are sad to inform you that our incredible, fierce and loving mother has passed away after a battle with cancer, only recently discovered," Alley's children True and Lillie Parker wrote in a statement that was shared on Alley's Twitter. "She was surrounded by her closest family and fought with great strength, leaving us with a certainty of her never-ending joy of living and whatever adventures lie ahead. As iconic as she was on screen, she was an even more amazing mother and grandmother."

"Our mother's zest and passion for life, her children, grandchildren and her many animals, not to mention her eternal joy of creating, were unparalleled and leave us inspired to live life to the fullest just as she did," they added. "We thank you for your love and prayers and ask that you respect our privacy at this difficult time."

Alley, who was born in Wichita, Kansas, to Robert Deal Alley and Lillian Alley, first appeared in the 1982 film "Star Trek II: The Wrath of Khan," where she played the Vulcan Starfleet officer Lieutenant Saavik.

She starred in several smaller films following that role including "One More Chance," "Blind Date" and "Runaway."

Then, in 1987, she joined the cast of the sitcom "Cheers," where she replaced Shelley Long and remained with the show until its final season. Her performance earned her an Emmy Award in 1991 for outstanding lead actress in a comedy series. She later earned a second Emmy for her role in the 1994 television drama film "David's Mother."

Upon the release of the news of Alley's death, some in Hollywood began paying tribute to the actress, including actor John Travolta, who shared a photo of him and Alley on Instagram.

"Kirstie was one of the most special relationships I've ever had," he wrote. "I love you Kirstie. I know we will see each other again."

goodmorningamerica.com - 1 year ago
A recap of what you missed at the 2021 Emmy Awards, from memorable speeches to tributes and more.
Read More

goodmorningamerica.com - 1 year ago
Mike Richards has stepped down as the new permanent host of "Jeopardy!" amid resurfaced controversial remarks.
Read More

Cardi B pleads guilty in bottle-throwing incident at strip club

goodmorningamerica.com - 5 months ago
Cardi B pleaded guilty Thursday to two misdemeanor charges for her role in a 2018 bottle-throwing incident at a Queens strip club.
Read More

Toddler's reaction to Christmas lights is so pure

goodmorningamerica.com - 2 years ago
A mom shared a now-viral video of her young daughter's reaction to seeing Christmas lights as they drove by.
Read More
More News & Articles