EU leaders and their Western Balkans counterparts are to meet for talks aimed at boosting their partnership as Russia's war in Ukraine threatens to reshape the geopolitical balance in the region
Author:
Published: 2022-12-06 03:25 am 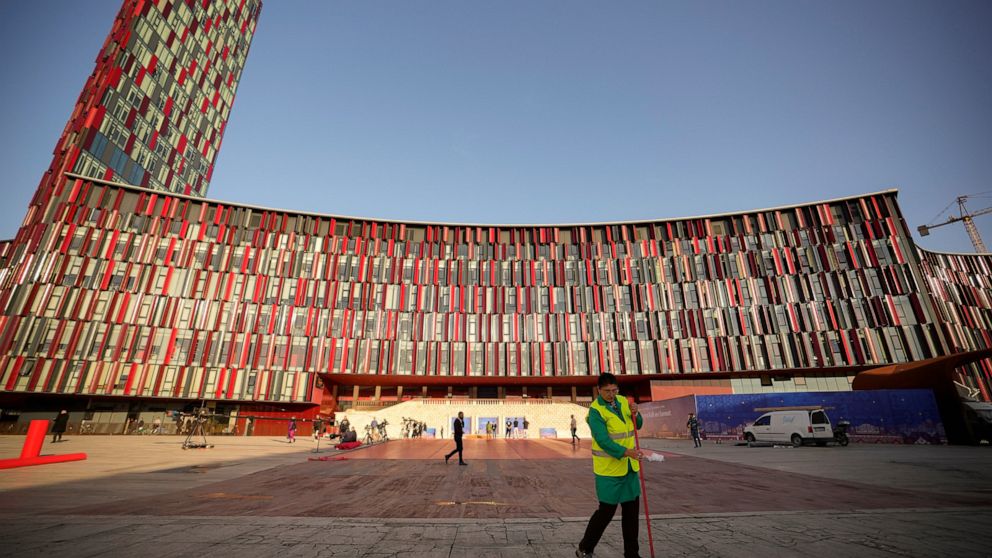 TIRANA, Albania -- EU leaders and their Western Balkan counterparts gathered Tuesday for talks aimed at boosting their partnership as Russia's war in Ukraine threatens to reshape the geopolitical balance in the region.

The EU wants to use the one-day summit in Albania's capital to tell leaders from Albania, Bosnia, Kosovo, Montenegro, North Macedonia and Serbia that they have futures within the wealthy economic bloc and give them concrete signs, rather than just promises, that they will join one day.

Since Russia invaded Ukraine in February, the EU's top diplomat, Josep Borrell, has been repeating that stepping up the bloc's engagement with the six nations is more crucial than ever to maintaining Europe's security.

As Europe's relationship with Russia deteriorates further because of the war, tensions have also mounted in the Balkans and the EU wants to avoid other flashpoints close to its borders.

According to a draft of the declaration to be adopted at ithe summit, the EU will repeat “its full and unequivocal commitment to the European Union membership perspective of the Western Balkans" and call for an acceleration of accession talks with the incumbents.

In return, the EU expects full solidarity from its Western Balkans partners and wants them fully aligned with its foreign policies.

That particular point has been problematic with Serbia, whose president, Aleksandar Vucic, claims he wants to take Serbia into the European Union but has cultivated ties with Russia.

Although Serbia’s representatives voted in favor of various U.N. resolutions condemning Russia’s invasion of Ukraine, Vucic has refused to explicitly condemn Moscow. His country has not joined Western sanctions against Russia over the war.

Although the progress of the six nations toward EU membership had stalled recently, there has been some progress over the past few months.

This summer, the EU started membership negotiations with Albania and North Macedonia following years of delays. And Bosnia moved a small step closer on its path to joining the powerful economic bloc when the commission advised member countries in October to grant it candidate status despite continuing criticism of the way the nation is run.

Kosovo has only started the first step, with the signing of a Stabilization and Association Agreement. It said it would apply for candidate status later this month.

Among the concrete measures to be adopted in Tirana, a deal involving telecommunications operators that will bring down data roaming charges will be announced. Discussions will also focus on the negative effects for energy and food security from Russia’s war in Ukraine. European Commission President Ursula von der Leyen has already announced financial support to help countries in the Western Balkans cope with shortages and higher prices.

The EU last admitted a new member — Croatia, which is also part of the Balkans — in 2013. Before that, Bulgaria and Romania joined in 2007. With the withdrawal of the United Kingdom in 2021, the EU now has 27 member nations.

1 confirmed, 6 presumptive monkeypox cases in US, vaccines to be released for exposed

abcnews.go.com - 8 months ago
Despite new cases of monkeypox in the U.S., the CDC said there's no need for a mass vaccination campaign for the public.
Read More

Don't get 'so drunk' you need hospital during strike, UK health official says

abcnews.go.com - 1 month ago
Brits have been urged to “drink responsibly” during pre-Christmas celebrations to avoid hospital visits as thousands of ambulance workers strike.
Read More

abcnews.go.com - 1 year ago
Several thousand LGBT supporters took to the streets in the Romanian capital of Bucharest Saturday for a gay pride parade that resumed after a year’s pause due to the pandemic
Read More

abcnews.go.com - 2 years ago
Police in Oman have fired tear gas at demonstrators in a flashpoint city amid unrest over the sultanate’s floundering economy and mass layoffs
Read More
More News & Articles