Members of South Korea’s ruling conservative party have proposed a bill that would place tighter restrictions on the voting rights of foreign permanent residents in local elections
Author:
Published: 2022-12-06 03:15 am 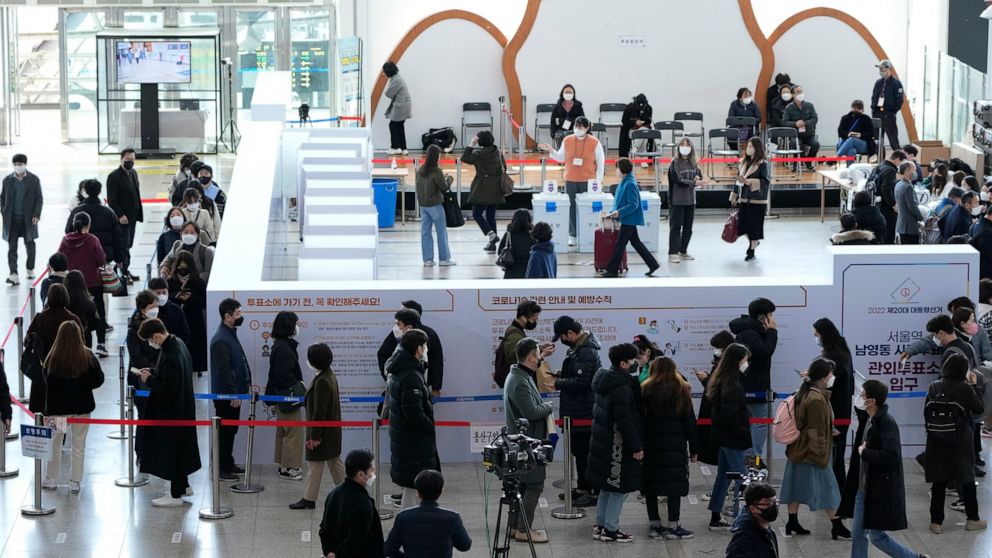 SEOUL, South Korea -- Members of South Korea’s ruling conservative party have proposed a bill that would place tighter restrictions on the voting rights of foreign permanent residents in local elections, which they insist is necessary to protect the country’s democracy from being undermined by Chinese voters.

Critics say the efforts to pass the bill could exacerbate racism and hatred toward Chinese people living in South Korea and would be a step back in an increasingly multicultural society that needs to embrace immigration to make up for an aging and shrinking population.

People Power Party lawmaker Kweon Seong-dong, a close ally of President Yoon Suk Yeol, said Tuesday it has become crucial to prevent the voting system from being exploited as a “maneuvering tool” by other governments. He said, without elaborating, that there’s “significant” public concern over the political influence of Chinese nationals, who accounted for nearly 100,000 of the 127,600 foreigners with voting rights as of March.

“Most of our citizens living overseas don’t have voting rights (in the countries they live in),” Kweon said on Facebook. “(Voting) is obviously impossible in communist countries like China, and the United States and Britain are only giving voting rights to those with citizenship,” which means South Korea’s voting laws go against the principle of reciprocity, he said.

Under current law, foreign nationals with at least three years of permanent residency are eligible to vote for mayors, governors, and local council members.

The bill, submitted by Kwon and 17 other members of his party, limits voting rights to foreigners who have lived in South Korea for at least five years after becoming permanent residents and are from countries which, by treaty or similar agreements, also allow South Korean permanent residents to vote in their elections. Officials at South Korea’s National Election Commission couldn’t immediately confirm whether there are any countries that currently fit that criteria.

“The number of foreign nationals staying in the country is increasing, and when their tendency to live concentrated in certain areas is combined with the characteristics of the local elections, there is high concern that the opinions of our people would be distorted,” the lawmakers said in a statement describing why they drafted the bill. They mentioned concerns expressed by the Canadian and Australian governments this year over alleged Chinese attempts to influence domestic politics and meddle in their elections.

Han Sang-hie, a law professor at Seoul’s Konkuk University, said the concerns raised by South Korean lawmakers are exaggerated, noting that foreigners only vote for local officials and aren’t eligible in elections for lawmakers or heads of state.

“Local politics aren’t about distinguishing between nationalities — they are more about providing ways for people who intend to permanently reside (in that area) to improve their lives and solve their problems through a democratic platform,” Han said.

“South Korea isn’t really an open country that easily gives out permanent residency status, and those who receive that status after a certain period are already blended into their local communities as residents,” he said. He said the bill would infringe upon the rights of migrants married to South Koreans and other groups and likely inspire hatred toward Chinese residents.

South Korea has called on China to be more assertive in efforts to tame the nuclear ambitions of North Korea, which depends on Beijing as its main ally and economic lifeline.

China, which along with Russia has rejected U.S.-led efforts to tighten U.N. Security Council sanctions on North Korea over its accelerated missile testing this year, is concerned over the strengthened three-way security cooperation between Washington, Seoul, and Tokyo.

Beijing has also expressed unease over a growing technology alliance between Washington and Seoul, which it sees as an attempt to move supply chains away from China.

abcnews.go.com - 1 year ago
Egypt’s president has raised the minimum monthly wage to about $172, a move meant to ease the burdens of Egyptians hurt by painful austerity measures in recent years
Read More

abcnews.go.com - 2 years ago
“We haven’t run into that before."
Read More

abcnews.go.com - 1 month ago
A former Harvard fencing coach was acquitted Wednesday of charges that he accepted more than $1.5 million in bribes in exchange for designating a wealthy businessman’s two sons as recruits to help secure their admission to the elite university
Read More

abcnews.go.com - 9 months ago
Haiti’s National Civil Aviation Office is banning all private aircraft from flying while it investigates the crash of a small plane tht killed at least five people and injured several others
Read More
More News & Articles