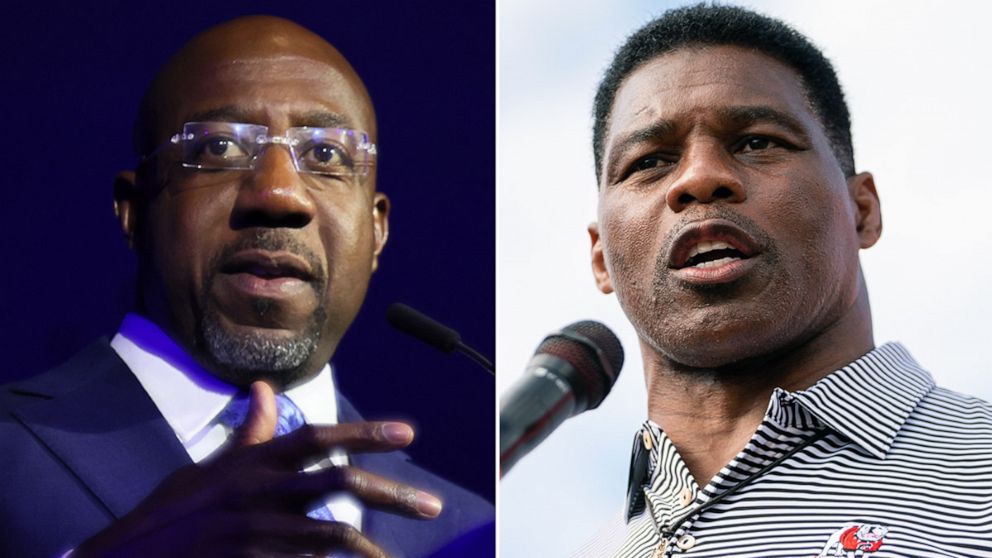 Voters head back to the polls for the final election of the 2022 midterms.

In Georgia, the stage is set for the final Senate battle of the midterm election as voters head back to the polls on Tuesday for the runoff election between Democratic incumbent Raphael Warnock and Republican Herschel Walker.

Georgia is no stranger to runoff elections and this is the third time voters cast ballots in a Senate runoff election in less than two years. But the dynamics have shifted since the 2020 campaign that got Warnock elected. The state legislature passed a sweeping voting law last year that, among other changes, shortened the runoff period from nine weeks to four, causing an all-out sprint to the finish line for both candidates.

On Monday, Walker and Warnock made their closing pitches to voters in multiple campaign stops on the eve of Election Day.

Walker, a local college football legend, spent most of the day in traditionally conservative north Georgia, holding a slew of meet-and-greets with supporters as he looks to make up ground with Republican voters after receiving roughly 200,000 fewer ballots than his GOP ticket-mate Gov. Brian Kemp in November's election.

"I feel pretty good about tomorrow," Walker told ABC News outside a campaign stop in Dawsonville.

Warnock, a noted reverend, spent his last day on the campaign trail in Atlanta, including stops at Georgia Tech and at Killer Mike's Atlanta barbershop, The Swag Shop. Warnock has largely campaigned in the runoff on "character" -- in a swipe at Walker's controversies on the trail -- and has focused on appealing to moderates and independent voters like the small but potentially crucial number of split-ticket voters while simultaneously working to energize his base.

"We've been engaged in this work and in this movement together for a while now. I started on this journey to the Senate about three years ago and now there's only one day left. But it all really comes down to this: We need you to show up," Warnock told students at Tech.

While Georgia's runoff won't decide the balance of power in the Senate after a midterm victory in Nevada secured Democrats' control in the upper chamber, both parties have cautioned voters not to tune out the implications of the race. A 50th Republican seat would create procedural obstacles for Democrats while a 51st seat for Democrats would give them more power on committees and a little more leeway in securing 50 votes when needed.

"There is still a path for Herschel Walker to win this race," Warnock said Monday. "And so if there's anything I'm worried about, it's that people will think that we don't need their voice. We do."

According to state election data, 352,953 people cast ballots on Friday, the final day of early voting for the runoff, bringing the total number of early votes, both in-person and absentee, to more than 1.8 million.

Sri Lanka steps up search for navy boat with 6 aboard

abcnews.go.com - 4 months ago
Sri Lankan authorities have stepped up a search for a navy boat that went missing a month ago along with six sailors while patrolling in the Indian Ocean off the island nation
Read More

abcnews.go.com - 11 months ago
Pakistan’s air force has officially inducted its first batch of Chinese-built J-10C fighter jets, holding a ceremony with officials from both sides in Islamabad
Read More

Southwest employee hospitalized after being assaulted by passenger, airline says