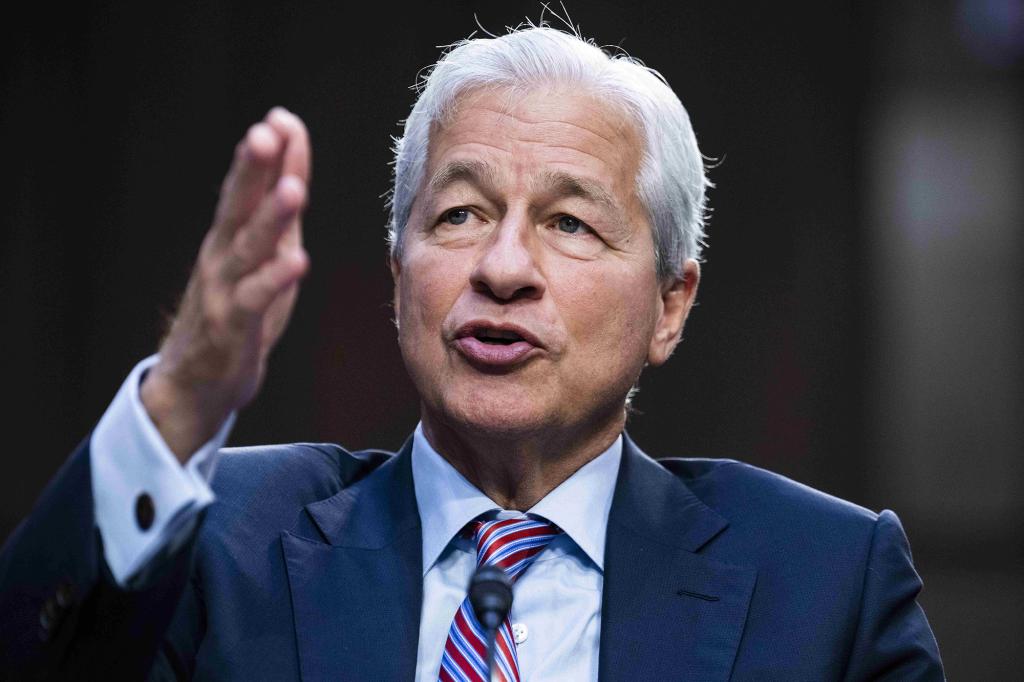 Wall Street titan Jamie Dimon warned of a possible “mild to hard recession” as the Federal Reserve continues to hike interest rates — and meanwhile ridiculed cryptocurrencies, calling them as useless as “pet rocks.”

The hard-charging chief executive of JPMorgan Chase said America’s global economic advantages could take a painful hit as the Fed continues to raise rates in an effort to fight inflation.

“The United States economy is the strongest economy in the world so we should celebrate that … that’s why capital is coming here,” Dimon said in a Tuesday interview on CNBC’s Squawk Box.

“If you look in the short run, the consumer is spending 10% more than last year and 40% more than pre-COVID. They have $1.5 trillion more in their checking accounts.”

But Dimon added, “Rates are now on their way to 5%. When you’re looking forward, those things very well might derail the economy and cause this mild to hard recession people are talking about … so that may erode the economy.”

Dimon reserved his most damning comments and dismal predictions for cryptocurrency. In the wake of the FTX collapse he slammed crypto as “a complete sideshow” — and added digital coins are as useless as “pet rocks.”

Dimon, whose net worth is currently pegged by Forbes at $1.6 billion, has repeatedly denigrated bitcoin and cryptocurrencies, variously calling them a “decentralized Ponzi scheme,” “fraud” and “fool’s gold.”

The JPMorgan boss has been warning for months that the economy is likely to face a downturn. According to a leaked audio recording earlier this year, Dimon told his wealthiest investors he believes there’s a 90% chance the US is headed for a recession.

In June, Dimon made headlines for warning of a looming economic “hurricane.” He said factors including Russia’s invasion of Ukraine — which he likened to a new Cold War — and the Federal Reserve’s massive tightening of monetary supply could push the economy into a downtown.

“It’s a hurricane. Right now, it’s kind of sunny, things are doing fine, everyone thinks the Fed can handle this,” Dimon said.

“That hurricane is right out there, down the road, coming our way,” he added. “We just don’t know if it’s a minor one or Superstorm Sandy or Andrew or something like that. You better brace yourself.”

The Louvre got a much-needed refurbishing thanks to COVID closure

nypost.com - 2 years ago
It’s enough to make the 518-year-old Mona Lisa break out into a real smile. Closure of the Louvre because of the pandemic has meant no crush of visitors for once and a chance to refurbish the iconic Paris museum. Da Vinci’s masterpiece, along with
Read More

nypost.com - 10 months ago
The Rangers take on the Devils Tuesday night in Newark.
Read More

nypost.com - 10 months ago
It's hard to believe, but it's even better than the ones that came before.
Read More

Bless Austin’s future with Jets is anything but settled

nypost.com - 2 years ago
Bless Austin has spent a calendar year playing in the NFL. It was Nov. 7, 2019 when the team activated him off the non-football injury list and he saw his first action that week against the Giants. The Jets second-year cornerback has had ups and downs
Read More
More News & Articles