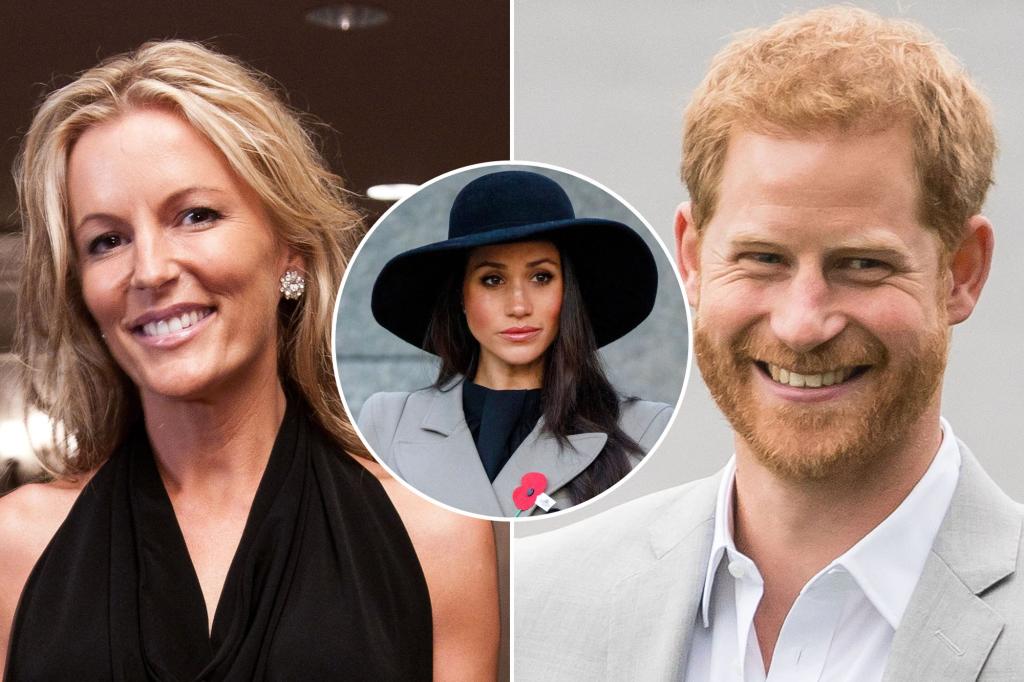 Prince Harry’s alleged ex-fling is applauding the Duke for moving to the US to have his life with Meghan Markle.

Catherine Ommanney, 50, claimed to have a short-lived “fling” with the royal back in 2006, revealing in a new interview with OK! that she thinks he and the Duchess look “very happy together.”

“I am so proud that Harry had the courage to move to the States and I think he really needed to do that – to finally be free,” Ommanney, a mother-of-three who appeared on the Real Houswives of DC in 2010, said.

The London-based Bravo star said she has “nothing but respect” for Markle, and has previously revealed in interviews that Harry, now 38, longed for a life out of the royal spotlight.

Just last month, Ommanney detailed her “fling” with the then-21-year-old Prince to the Sun, recalling the whirlwind romance she had when she was just 34. She dished the hot details of the pair’s relationship as the release date of Harry’s memoir neared.

At the time, Ommanney had split from her ex-husband and Harry was in an on-again off-again relationship with his ex Chelsey Davy, one of his few past partners who are slated to make an appearance in his tell-all book.

According to Ommanney, the two met at the Art Bar in London, then headed off for a night cap at a friend’s house where they shared the “most incredible, passionate kiss” of her life.

“Without being arrogant, I think we both quite fancied each other even though he was way too young for me,” she admitted. “If he wasn’t a royal and was maybe 10 years older, he would be my perfect man.”

The Duke’s highly anticipated book, titled “Spare,” is slated to hit the shelves on Jan. 10, and is expected to include never-before-told stories of Harry’s experiences, his and Meghan’s controversial decision to leave the royal family and the Duke’s rocky relationship with his brother through its 416 pages.

The couple’s highly anticipated Netflix documentary, which will be released in two parts on Dec. 8 and 15, will also explore their “high profile love story.” The trailer, released earlier this month, shows aggressive paparazzi bombarding the couple, and a distraught — and pregnant — Meghan getting teary-eyed over the stresses of marrying royalty.

Various people in the trailer allege there was a “war” against Meghan — fueled by “hatred” and “race” — and that stories about her were “planted.”

nypost.com - 2 years ago
The Issue: Gov. Cuomo’s statement that he would not step down in the wake of harassment allegations. Gov. Cuomo said: “I was elected by the people of the state. I wasn’t elected by politicians. I’m not going to resign because of the allegations.” (“No. 2
Read More