Ebanie Bridges has fired back at her upcoming opponent Shannon O’Connell over her sledge that Bridges is a “skanky stripper.”
Author: News.com.au
Published: 2022-12-06 11:38 am 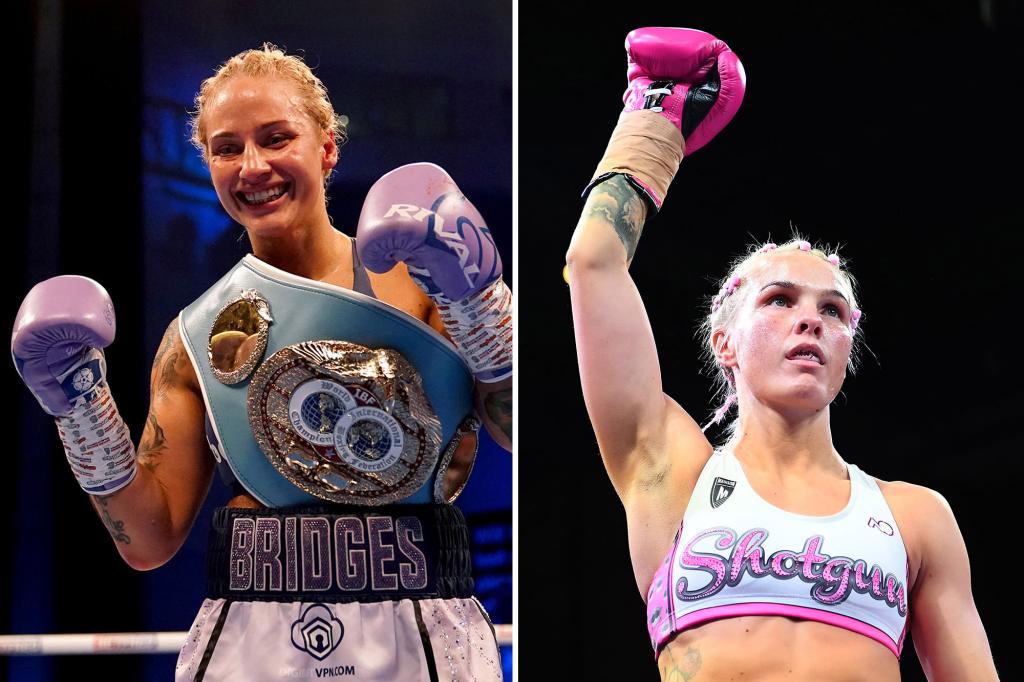 Ebanie Bridges has fired back at her upcoming opponent Shannon O’Connell over her sledge that Bridges is a “skanky stripper.”

The pair will go head-to-head in the biggest fight in the history of Australian women’s boxing on the undercard of the Josh Warrington vs Luis Alberto Lopez bout in Leeds on Sunday AEDT.

A fight between Bridges (8-1, 3 KO) and O’Connell (23-6-1, 11 KO) for the IBF bantamweight title has been a long time coming and there is no love lost between them after O’Connell criticized Bridges for wearing lingerie at weigh-ins.

“I don’t know that I’d call her a beauty queen, more of a skanky stripper or something, I don’t know,” O’Connell said earlier this year.

Asked if any of O’Connell’s pre-fight digs had gotten under her skin, Bridges said that particular comment had lit a fire in her belly.

“I wonder how you’re gonna explain that you got beat by a skanky stripper that doesn’t take the sport seriously?”

Bridges, 36, is used to similar commentary about her lingerie routine but has learned to block out the “haters”.

“All they see now is ‘Oh wow she’s on this international scene,” she told the Main Event boxing podcast with Ben Damon.

“She has a great chest and she looks great on the scales so it must just be because of that’.

“Like it’s ridiculous. It’s actually and it’s just so close-minded.

“No matter what – look at (Floyd) Mayweather, he’s incredible, he still has so many haters.

“The real people, the people that understand boxing, that know boxing, that don’t have some personal vendetta … they can see the truth of me, they can see what I’ve done and what I am, and that’s all that matters.

“I don’t fuss too much about people that hate and can’t see it. I’m not here to really prove anyone wrong, I’m just here to be my best and do my best.”

Bridges doesn’t know why O’Connell has taken issue with her but believes a KO victory would silence go a long way to silencing her critics.

“I’ve never really had anything against Shannon,” she said.

“Like a lot of people, she’s a little bit close-minded thinking I don’t take the sport seriously because I weigh in in lingerie.

“I don’t really have anything against Shannon except why are you hating?

“I have respect for her. She’s a great boxer, a pioneer in Australian boxing. She’s done it all. Hats off to her.

“I do feel like possibly, when I beat Shannon, if I KO her that’d be a great statement to all the people who are anti the Blonde Bomber, especially in Australia.

“But I’m just going to go out there and get that win, and I’m sure I’ll shut a few people up.”

“She sounds a little bit bitter when she talks, but hey, I might be too a little bit,” added the former Sydney maths teacher now based in the UK.

“Shannon saw me at my first amateur fight. I’ve done what I’ve done in three years.

“I’m getting her her biggest payday, which is probably all of her pay put together in one fight, and I’ve done that in a couple of years. And it’s because of me, it’s because of what I’ve built, how hard I’ve worked and the brand that I’ve got.”

Bridges said suggestions she had reached the top of world boxing through anything other than hard work was shortsighted.

“To think that I’m just a gimmick because I have a huge social media following and I’m great at my self-promotion, so that means I mustn’t be working hard in the gym, I mustn’t be able to box or I don’t take it seriously,” she said.

“You don’t become a world champion just by weighing in in lingerie, I’ll tell you that right now.

“There’s plenty of women out there with great bodies who look pretty that box. It’s not just that. It does frustrate me a little bit but I just keep proving them wrong.”

www.news.com.au - 4 months ago
The tape made for an alarming sight what was thought to be a Boeing 787-9 Dreamliner for Australian opera singer David Wakeham who last week shared a photo to Twitter, where it later went viral.
Read More

Teen spends Christmas in the hospital after swallowing a bluebottle

www.news.com.au - 1 month ago
A teenage boy spent Christmas Day in hospital after swallowing a bluebottle while swimming at Bondi Beach in Australia.
Read More

www.news.com.au - 5 months ago
Footage of the man was posted to TikTok after radio host Emma Chow spotted him on her train carriage on the way to work.
Read More

www.news.com.au - 3 months ago
Melanotan is being promoted across social media as a long-lasting fake tan alternative, but Australia’s Therapeutic Goods Administration warned it has “proven, serious side effects that can be very damaging to your health”.
Read More
More News & Articles