A group of House Republicans are demanding that a non-binary Biden administration official resign over allegations they stole ​a ​suitcase from an airport in September.
Author: Mark Moore
Published: 2022-12-06 11:57 am 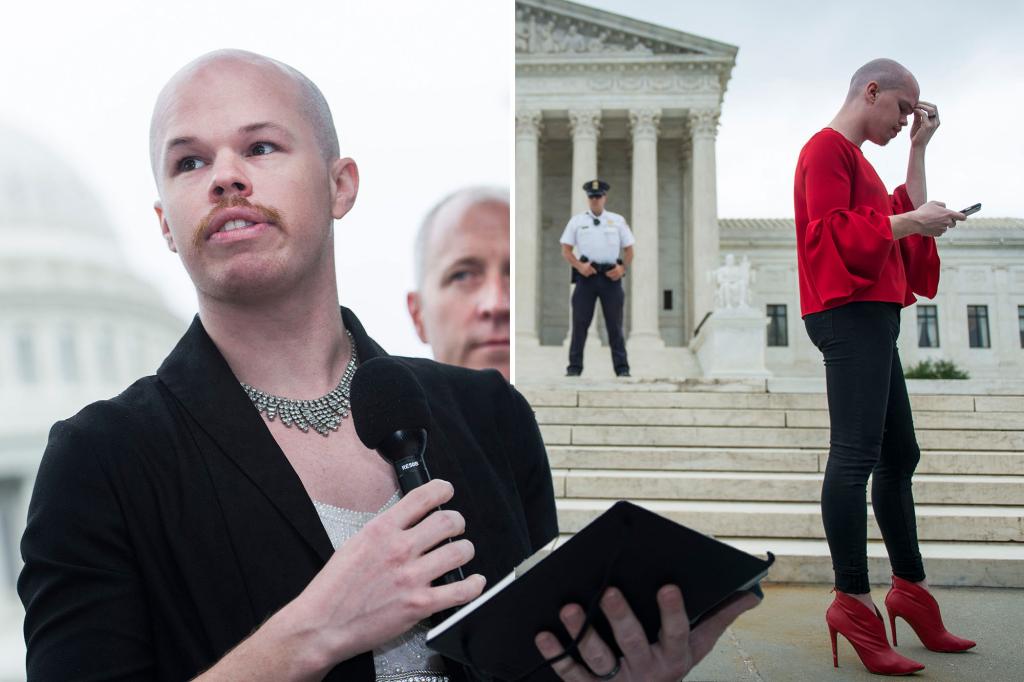 ​A group of House Republicans are demanding that a non-binary Biden administration official step down over allegations they stole ​a ​suitcase from an airport in September.

R​ep. ​Andrew Clyde of Georgia and 15 other Republicans sent a letter to Department of Energy Secretary Jennifer Granholm on Tuesday calling for the removal of Sam Brinton, the agency’s deputy assistant for spent fuel and waste disposition.

Brinton was charged with stealing the $2,325 bag at the Minneapolis-St. Paul Airport on Sept. 16.

“We demand the resignation of Sam Brinton, and we implore you to set aside petty politics and appoint only the most qualified and dedicated individuals to influence America’s energy sector​,” the letter to Granholm from the Republicans says.

Brinton, who uses they/them programs, was caught on a surveillance ​camera taking the Vera Bradley suitcase and removing its ID tag.

Brinton, ​who ​became one of the federal government’s first gender non-binary officials earlier this year when they took on a role in the Department of Energy’s Office of Nuclear Energy​, has been placed on leave.

“As an appointed official, Sam Brinton represents both your Department and the United States. It is simply not possible for an individual to represent American values and simultaneously violate the felony laws of the land​,” the letter, signed by Reps. Marjorie Taylor Greene of Georgia and Louie Gohmert of Texas, says.

“​Brinton’s actions, along with your Department’s lack of transparency when dealing with this matter, reflect poorly on the Department of Energy, and they raise concern as to the Biden Administration’s priorities when appointing high-ranking officials. It is imperative that we do not allow a person charged with a felony to influence America’s policies​,” it continued.

Briton, 35, initially denied stealing the pricey bag but then admitted to the theft, pleading exhaustion.​

They were seen on surveillance footage carrying the suitcase on at least two trips to Washington, DC., on Sept. 18 and Oct. 9, law enforcement officials said. ​​

Brinton, a nuclear engineer, was charged with ​felony theft of a moveable property without consent.

C​lyde and his GOP cohorts also blamed the Biden administration for creating the energy crisis through its “reckless, radical, and failed policies.”​

“Your Department should be dedicated to a pro-American energy agenda, focusing on restoring energy independence and lowering energy prices across the nation​,” the missive says.

​”​However, to many Americans, it appears that you are more interested in playing politics and protecting an employee who admitted to felony theft to police than providing real solutions for hard-working Americans​,” it says.

The Department of Energy did not immediately respond to a request for comment.

nypost.com - 1 year ago
Add this to the list of FedEx Field's problems.
Read More

nypost.com - 2 years ago
TAMPA — Aaron Boone went back to work Saturday, just three days after having a pacemaker inserted to address a low heart rate. The manager was at the Yankees’ Player Development Complex on Saturday morning, while Gerrit Cole and Justin Wilson pitched live
Read More

St. John’s needs to put it all together now — starting against DePaul

nypost.com - 11 months ago
Anyone who watched this team all year knows there is another team loitering, lurking and fully capable of disrupting the weekend.
Read More

nypost.com - 9 months ago
The Scandinavian country — home to over 10 million people — snubbed the strict lockdowns that brought much of the globe to a standstill.
Read More
More News & Articles