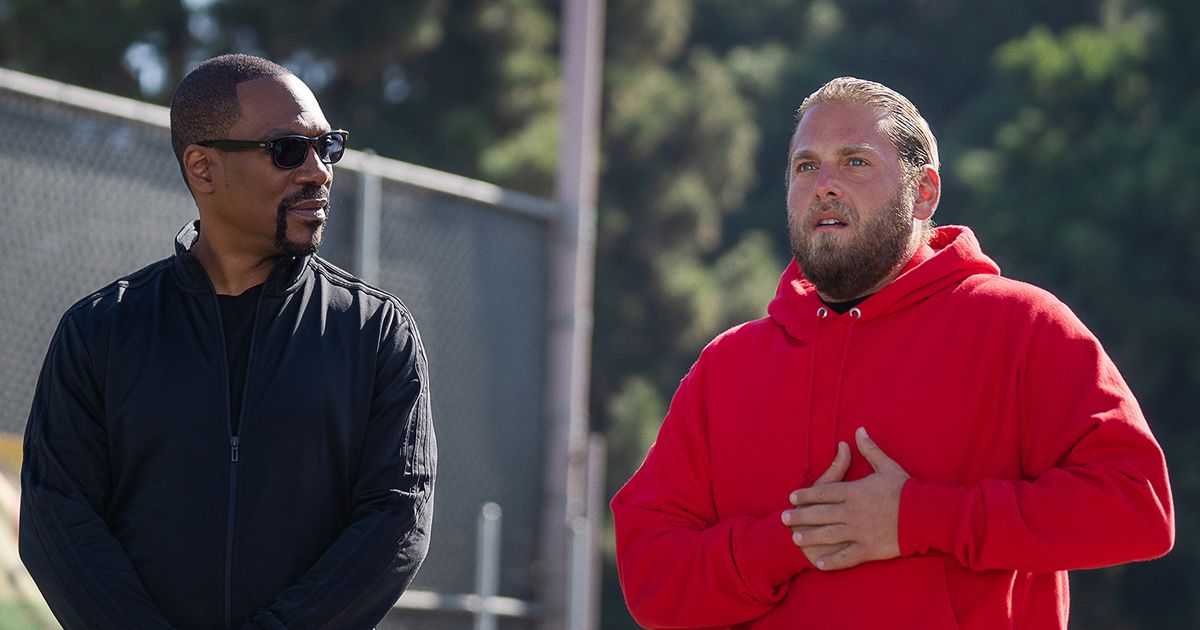 A teaser for a new Netflix comedy by Kenya Barris titled “You People” was released on Monday.

The clip features some of the movie’s star-studded cast, such as Jonah Hill, Eddie Murphy and Nia Long. Hill’s character is seen desperately trying to impress Murphy and Long, who plays the parents of his girlfriend (Lauren London), whom he wants to marry.

The three engage in a cringe-y conversation about race, culture and relationships, with Murphy grilling Hill at one point, saying:

“So, do you hang out in the hood all the time, or do you just come up here for our food and women?”

“You People,” which also stars Julia Louis-Dreyfus and David Duchovny, will show the characters “confronting societal expectations and generational differences,” according to a description of the film. The comedy is set to release on the streaming service on Jan. 27.

The comedy is Barris’ film directorial debut. The “Black-ish” creator also co-wrote the movie with Hill, according to The Hollywood Reporter reported.

“New Teaser Alert!!!” he wrote. “So pumped to share a small bit of something I poured a lot of love into!!”

Dogs Are Sniffing Out COVID-19 In Travelers At Helsinki Airport

www.huffpost.com - 2 years ago
The Finnish canine coronavirus detectors can sense the virus by sniffing the neck sweat of travelers.
Read More

www.huffpost.com - 1 year ago
"The Tonight Show" host admitted he was "freaking out" ahead of the premiere of "It Was A... (Masked Christmas)."
Read More

www.huffpost.com - 1 year ago
If Republicans take back the House, Banks said there should be consequences for the lawmakers on the special committee.
Read More

www.huffpost.com - 8 months ago
The Fox News host was all over the place in her hot take on the racist massacre that killed 10 in a New York state supermarket.
Read More
More News & Articles