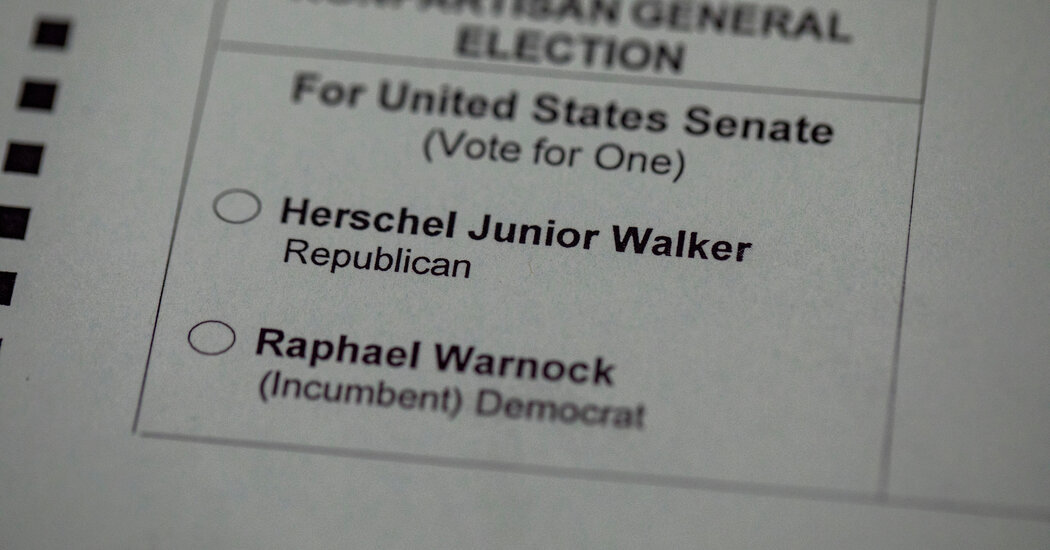 Senator Raphael Warnock already made history in 2021 when he became Georgia’s first Black senator, winning a runoff to secure a partial term. But whoever wins this year’s runoff will earn another distinction: the first Black senator to win a full six-year term in Georgia.

The achievement is within reach of both Mr. Warnock and his Republican challenger, Herschel Walker. But that’s about where their similarities end.

Mr. Warnock is a sitting senator and a pastor, while Mr. Walker is a former football star and political neophyte. They have drastically different beliefs, public speaking styles and personalities. In the days leading up to the runoff, Mr. Walker held a series of modest events while Mr. Warnock held rallies and urged hundreds of congregants to vote during his sermon on Sunday.

The race increasingly became an exercise in damage control for Mr. Walker. Unearthed details of his private life coupled with misrepresentations and exaggerations about his education, charitable giving, business and work in law enforcement have affected his campaign.

But the polls still show a close race — not surprising, considering fewer than 40,000 votes separated the two men on Election Day last month. As each camp has sought the edge, the contest has become the second-most expensive Senate race in American history.

After Mr. Warnock defeated Senator Kelly Loeffler in 2021, he became just the 11th Black U.S. senator in history. Mr. Walker, should he emerge victorious, would be the 12th.

NFL Week 6 Picks Against the Spread

www.nytimes.com - 1 year ago
Justin Herbert and Lamar Jackson play for A.F.C. supremacy, the Cardinals travel to Cleveland looking to go 6-0, and the Packers meet the rival Bears.
Read More

Warren Rolls Out a Bankruptcy Plan, Reviving an Old Clash With Biden

www.nytimes.com - 3 years ago
Elizabeth Warren called for repealing provisions of a 2005 law that Joseph R. Biden Jr. supported when he was in the Senate.
Read More

www.nytimes.com - 6 months ago
On the day of President Biden’s inauguration, John Eastman suggested looking for voting irregularities in Georgia — and asked for help being paid the $270,000 he had billed the Trump campaign.
Read More

Who Is the Smartest Dog? Let the Competition Begin.

www.nytimes.com - 2 years ago
Scientists in Hungary are streaming experiments with dogs that know many words, featuring them in a contest of canine intelligence.
Read More
More News & Articles