Anne Heche wasn’t high at time of deadly crash, but suffered as she burned: autopsy

Heche was trapped inside her burning Mini Cooper for about 30 minutes on Aug. 5 before she was extricated by first responders, according to her autopsy report.
Author: Marjorie Hernandez
Published: 2022-12-06 06:44 pm 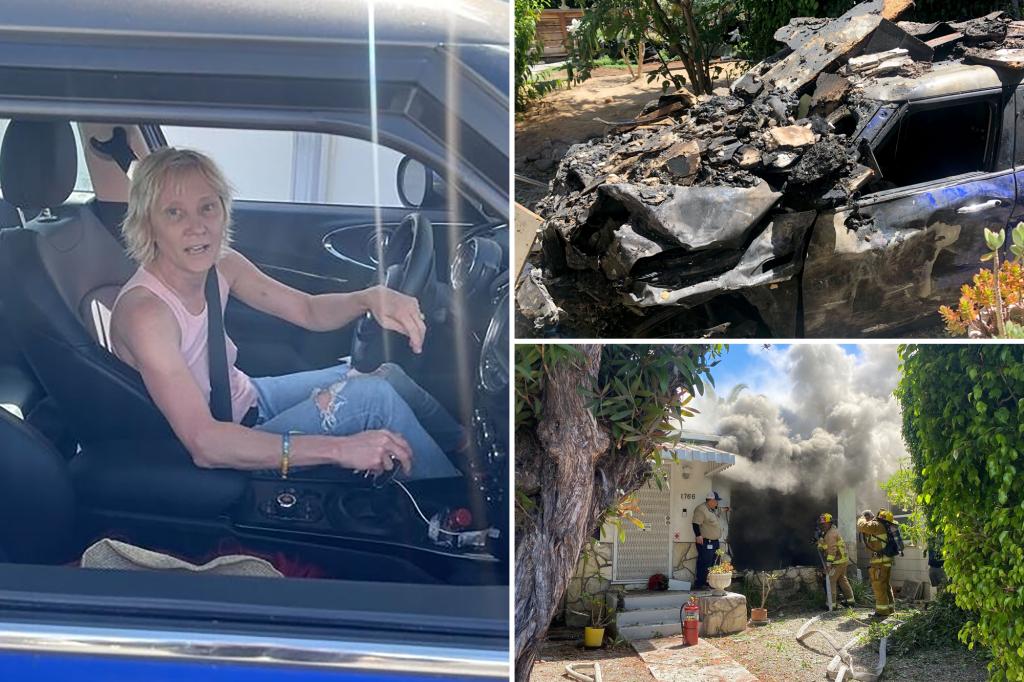 Anne Heche suffered second degree burns on 12 percent of her body when she crashed — but the troubled actress wasn’t high on drugs when she plowed her car into a Los Angeles home.

Heche, 53, was trapped inside her burning Mini Cooper for about 30 minutes on Aug. 5 before she was extricated by first responders, according to an autopsy report obtained by The Post.

Heche died of “inhalation and thermal injuries” as well as a fracture of her sternum — the breastbone in the center of the chest — caused by blunt trauma during the crash according to a report released by Los Angeles County Coroner-Medical Examiner’s Office Tuesday.

The report said that injury “is expected to be painful while breathing when she was in her vehicle,” and “significantly contributed” to her death.

The manner of death was ruled an accident, and the autopsy dispelled previous reports which said Heche was high on drugs at the time of the fiery crash.

The report noted tests on Heche’s urine tested positive for cocaine, cannabinoids, benzodiazepines and fentanyl, however it also pointed out she was given fentanyl in hospital after the crash.

Separate tests on her blood indicated prior use of cocaine, but let the coroner to conclude: “There was no evidence of impairment by illicit substances at the time of the crash.”

Heche also suffered burns on the right side of her face/neck, right shoulder, left upper chest and her upper extremities.

According to the emergency services radio records released to NBC Los Angeles under the California Records Act, the first fire engine responded to the crash at 11:01 a.m. — five minutes after Heche lost control of her car and plowed into the private home.

An emergency dispatcher radioed there was “a person stuck inside the vehicle,” but arriving paramedics were initially directed to treat a woman found injured in the home, not the driver of the Mini Cooper.

nypost.com - 2 years ago
The US intelligence community was entirely right to dump all over the conspiracy theories and “They’re really out there” nonsense in its report on sightings of unidentified aerial phenomena.
Read More

nypost.com - 2 years ago
A pot entrepreneur featured on reality TV show “Staten Island Hustle” was sentenced to four years in prison Monday for his role in a cocaine ring, authorities said. Adolfo LaCola, 54, was handed down the sentence in Brooklyn federal court by Judge Margo
Read More

nypost.com - 2 years ago
The former Cleveland school employee who was pictured near Mike Pence’s chair on the Senate floor during the Jan. 6 riot at the Capitol Building was arrested by federal authorities on Thursday, according to court papers. Christine Priola, 49, was arrested
Read More
More News & Articles