There’s already a dark cloud hanging over the Dallas Cowboys just one game into the 2020 NFL season. Not only did the Cowboys agonizingly lose to the Los Angeles Rams Sunday night after a questionable fourth-down decision and a controversial offensive
Author: Justin Tasch
Published: 2020-09-14 09:27 am 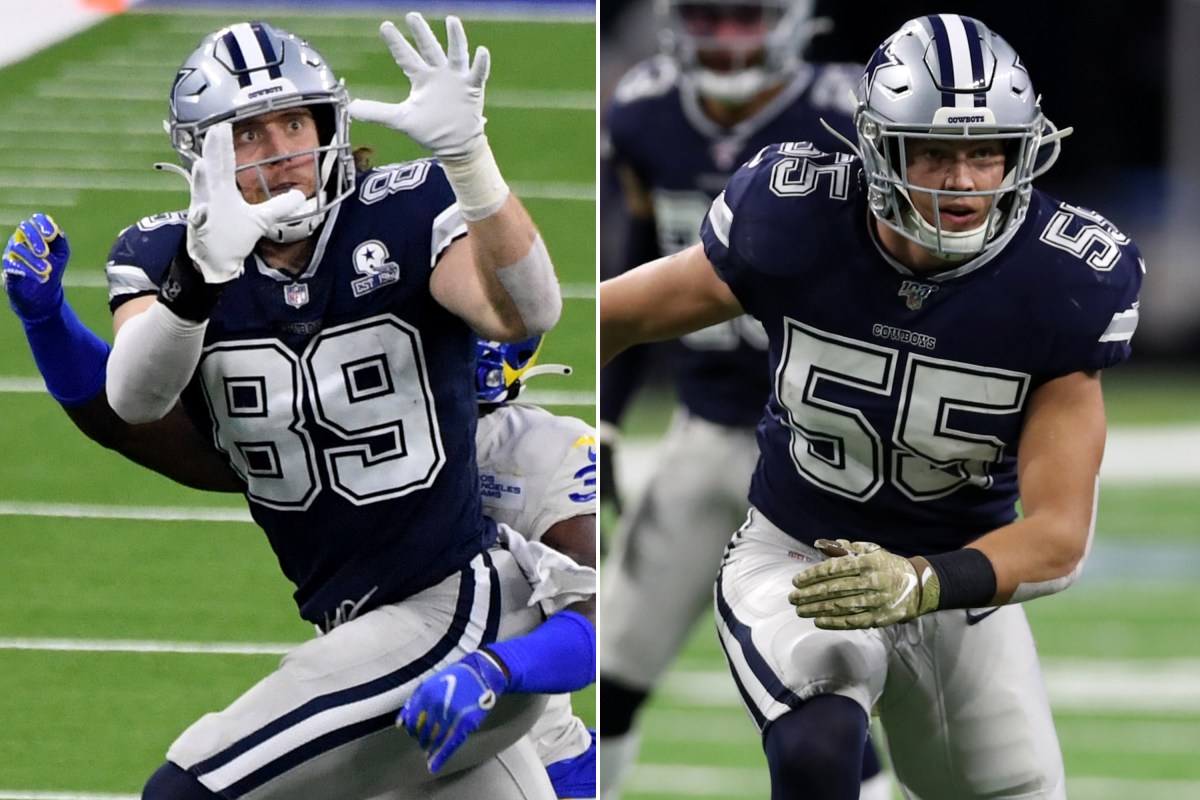 There’s already a dark cloud hanging over the Dallas Cowboys just one game into the 2020 NFL season.

Not only did the Cowboys agonizingly lose to the Los Angeles Rams Sunday night after a questionable fourth-down decision and a controversial offensive pass-interference penalty, but they also suffered two brutal injuries to starters. Tight end Blake Jarwin has what’s believed to be a season-ending torn ACL, per multiple reports, while linebacker Leighton Vander Esch has a fractured collarbone that likely will keep him sidelined for a significant portion of the season.

Jarwin, 25, went down with a non-contact injury and had one catch for 12 yards before departing. He had 365 yards and three touchdowns last season playing behind Jason Witten, who’s now with the Las Vegas Raiders.

“I know he’s a great asset to this offense,” quarterback Dak Prescott said of Jarwin, according to ESPN. “Would hate to lose him for the rest of the year if that’s the case.”

The 24-year-old Vander Esch, who was a Pro Bowler as a rookie in 2018 after being drafted in the first round out of Boise State, missed seven games last year because of a nerve issue in his neck which required surgery.

“I know how it feels to be injured, to suffer an injury,” linebacker Jaylon Smith said, per the Dallas Morning News. “I don’t wish that on anyone. So it’s definitely tough. But I know Leighton is a strong guy and a good support system. He’s going to come back strong.”

nypost.com - 2 years ago
A Staten Island doctor disappeared while on a morning walk in a park with her mother five days ago, police said. Tamara Saukin, 44, regularly went on walks with family in Cloves Lakes Park in Sunnyside and was there with her mom when she went missing
Read More

nypost.com - 1 year ago
An "underwater recovery team" has joined the search for Gabby Petito's boyfriend Brian Laundrie in a 25,000-acre Florida reserve, according to reports.
Read More