The president of Peru was ousted by Congress and arrested on a charge of rebellion Wednesday after he sought to dissolve the legislative body and take unilateral control of the government, triggering a grave constitutional crisis
Author:
Published: 2022-12-08 12:30 am 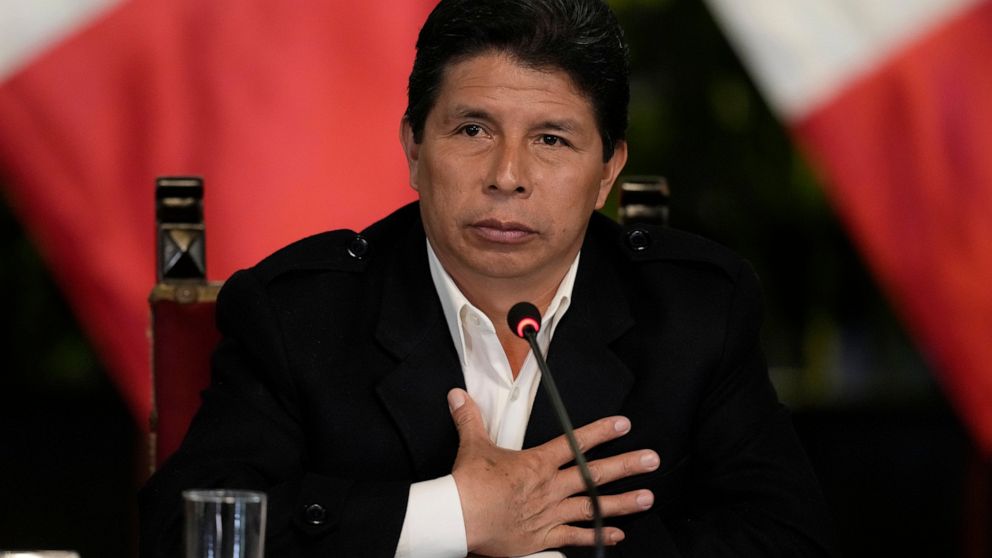 Peruvian President Pedro Castillo has dissolved the nation’s Congress and called for new legislative elections, beating lawmakers to the punch as they prepared to debate a third attempt to remove him from office

LIMA, Peru -- Peruvian President Pedro Castillo dissolved the nation's Congress on Wednesday and called for new legislative elections, beating lawmakers to the punch as they prepared to debate a third attempt to remove him from office.

Castillo also installed a new emergency government, and called in a televised address for the next round of lawmakers to develop a new constitution for the Andean nation.

Meanwhile, he said he would rule by decree, and ordered a nightly curfew starting Wednesday night.

abcnews.go.com - 1 year ago
The vice chairman of the Nobel Foundation's Board of Directors is facing controversy over his comments that the academy won't have gender, ethnicity quotas.
Read More

More than 190,000 ceiling fans recalled after blades fly off

abcnews.go.com - 2 years ago
More than 190,000 ceiling fans sold at Home Depot are being recalled after reports that the blades fell off while spinning, hitting people and causing property damage
Read More

abcnews.go.com - 1 year ago
A court in Guatemala has sentenced five fomer members of a pro-government “civilian patrol” to 30 years in prison in connection with the rape of Indigenous women during the Central American country’s civil war
Read More
More News & Articles