WASHINGTON — The House of Representatives gave final approval Thursday to a bill that reaffirms the legality of same-sex and interracial marriage — sending it to President Biden and ending long-running debates about the issue. The legislation passed
Author: Steven Nelson
Published: 2022-12-08 11:34 am 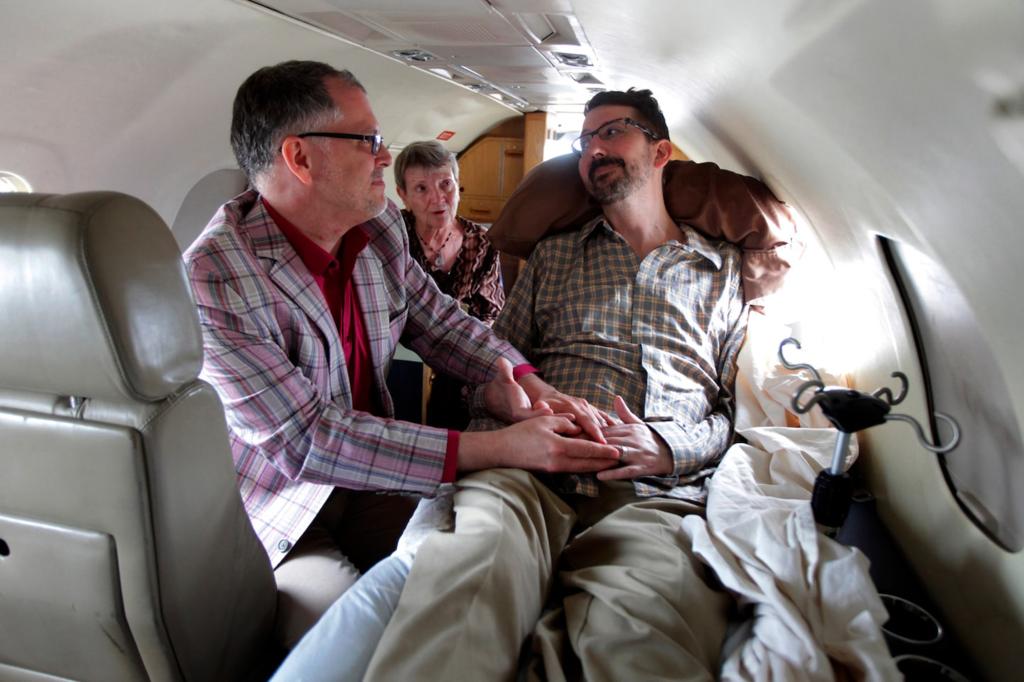 WASHINGTON — The House of Representatives gave final approval Thursday to a bill that reaffirms the legality of same-sex and interracial marriage — sending it to President Biden and ending long-running debates about the issue.

The legislation passed 258-169 with 39 House Republicans voting in favor, fewer than in a prior vote in July. The Senate passed the bill 61-36 in late November.

Same-sex and interracial marriage were legalized nationwide by the Supreme Court — in 2015 and 1967, respectively — and the bill was drafted due to concern that the court could reverse itself after it ended federal abortion rights in June.

There wasn’t a full House debate Tuesday, but outgoing Speaker Nancy Pelosi (D-Calif.) sought to frame the moment by saying that “since the Supreme Court’s monstrous decision overturning Roe v. Wade, right-wing forces have set their sights on this basic personal freedom.”

“The Respect for Marriage Act will help prevent right-wing extremists from upending the lives of loving couples, traumatizing kids across the country and turning back the clock on hard-won progress,” Pelosi said, adding, “it tears the bigoted, unconstitutional Defense of Marriage off the books for good.”

In 1996, Biden and many other Democrats joined overwhelming majorities backing the Defense of Marriage to ban federal recognition of relationships between gays and lesbians and allowing states to reject marriage licenses issued in other jurisdictions.

That law denied healthcare, tax, immigration and inheritance rights to gays and lesbians and cleared the Senate 85-14 and the House 342-67, with Pelosi voting against it before it was signed by President Bill Clinton.

Gallup polling first showed majority support for same-sex marriage in 2011 and as of May, 71% of US adults say the government should recognize their validity.

The Senate passed the legislation with 12 Republicans in support, including Sen. Susan Collins (R-Maine), who salvaged an ultimately successful effort in the 2010 lame duck session of Congress to end the military’s ban on gay and lesbian members.

Conservatives who opposed the bill said they anticipated a wave of lawsuits targeting religious groups and individuals.

Sen. James Lankford (R-Okla.) predicted that “countless numbers of lawsuits” would soon be filed “testing out the new limits of this law.”

Backers of the bill insisted it would not increase the liability of people who disapprove of such unions.

Sen. Rob Portman (R-Ohio) said during the Senate debate that the bill “protects everything from the tax status of religious nonprofits to the accreditation of religious schools to the contracts between faith-based adoption providers and the government from being attacked using this bill.”

He added, “It ensures that nonprofit religious organizations — including churches, mosques, synagogues, religious schools, and others — can not be required to provide facilities, goods or services for marriage ceremonies or celebrations against their will.”

The Supreme Court majority opinion in the June 24 ruling overturning Roe. v. Wade, written by Justice Samuel Alito, accused dissenting justices of attempting to “stoke unfounded fear that our decision will imperil” other rulings that legalized the use of contraceptives, as well as gay and interracial marriage.

The majority opinion said, “to ensure that our decision is not misunderstood or mischaracterized, we emphasize that our decision concerns the constitutional right to abortion and no other right. Nothing in this opinion should be understood to cast doubt on precedents that do not concern abortion.”

A concurring opinion from Justice Clarence Thomas, however, said “in future cases, we should reconsider all of this Court’s substantive due process precedents, including Griswold, Lawrence, and Obergefell.” Thomas, who currently is in an interracial marriage, did not call on the court to reconsider the 1967 Loving v. Virginia ruling.

Some Republicans who support legal same-sex marriage opposed the legislation as unnecessary.

“In a fit of hysteria triggered by one sentence in a concurring opinion by Justice Thomas, Democrats have moved to introduce a bill codifying Obergefell v. Hodges,” Rep. Matt Gaetz (R-Fla.) tweeted during full House debate in July. “This holding is not in jeopardy. Gay marriage doesn’t offend me nearly as much as offending federalism does through this legislation.”

nypost.com - 1 year ago
By 1818, The First Baptist Church had its first building in the former colonial capital. The 16-foot by 20-foot structure was destroyed by a tornado in 1834.
Read More

nypost.com - 1 year ago
Jill Biden traveled to Wisconsin to meet with first responders and family members of the victims of a madman who drove his car through a Christmas parade in Waukesha last month.
Read More

nypost.com - 2 months ago
American Federation of Teachers chief Randi Weingarten responded to Mike Pompeo claiming in The Post that she is “the most dangerous person in America.”
Read More

nypost.com - 2 years ago
Male rapists in Kaduna state can be subject to surgical castration, while a woman convicted raping a child faces the removal of her fallopian tubes.
Read More
More News & Articles