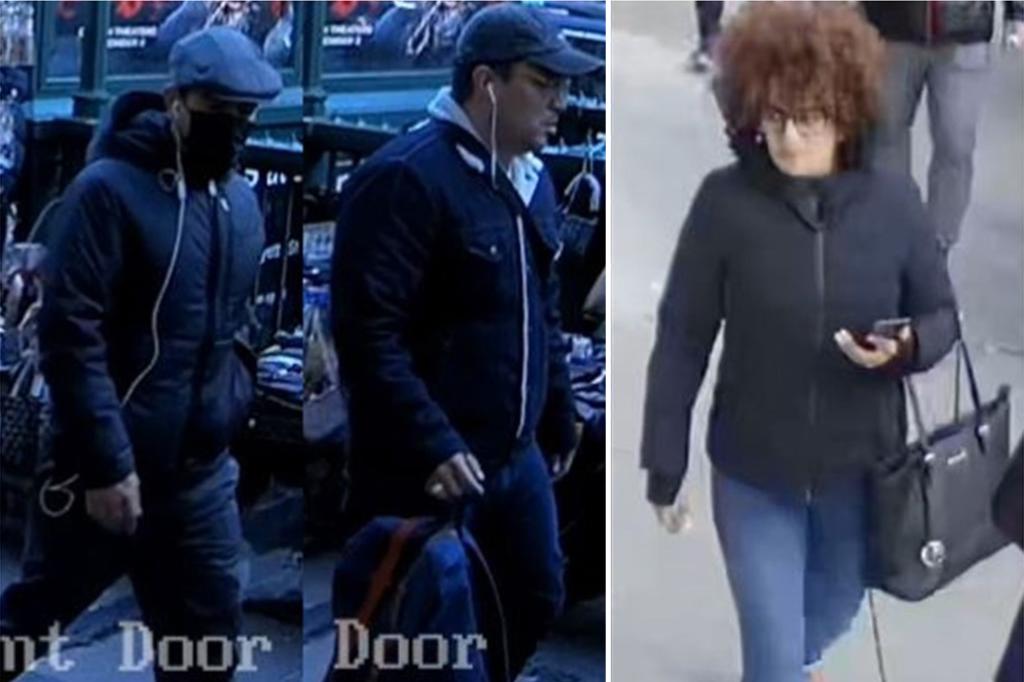 The 52-year-old victim was inside the Canal Street subway station around 2:10 p.m. Nov. 28 when he put the bag on the ground as he tried to remove a MetroCard from his wallet, cops said.

A woman then told him that he had dropped some money, police said.

After the straphanger picked up the cash, he realized his backpack was replaced with another bag he didn’t recognize – and the pricey jewelry stash was nowhere in sight.

Cops late Wednesday released a photo of the woman – as well as two men who they said worked “in concert” with her to steal the bookbag.

No arrests had been made by early Thursday.

It was not immediately clear why the victim was carrying the expensive rings, or whether he was targeted.

nypost.com - 5 months ago
Three Arkansas police officers were suspended after a video emerged on Tiktok of them brutally beating a detainee.
Read More

nypost.com - 1 year ago
Thomas Ambuhler, 43, needed 10 stitches in his neck after being ambushed by a stranger near the Columbia University campus in the wee hours of Dec. 1.
Read More

nypost.com - 8 months ago
This one is going to sting a bit, Giants fans.
Read More
More News & Articles