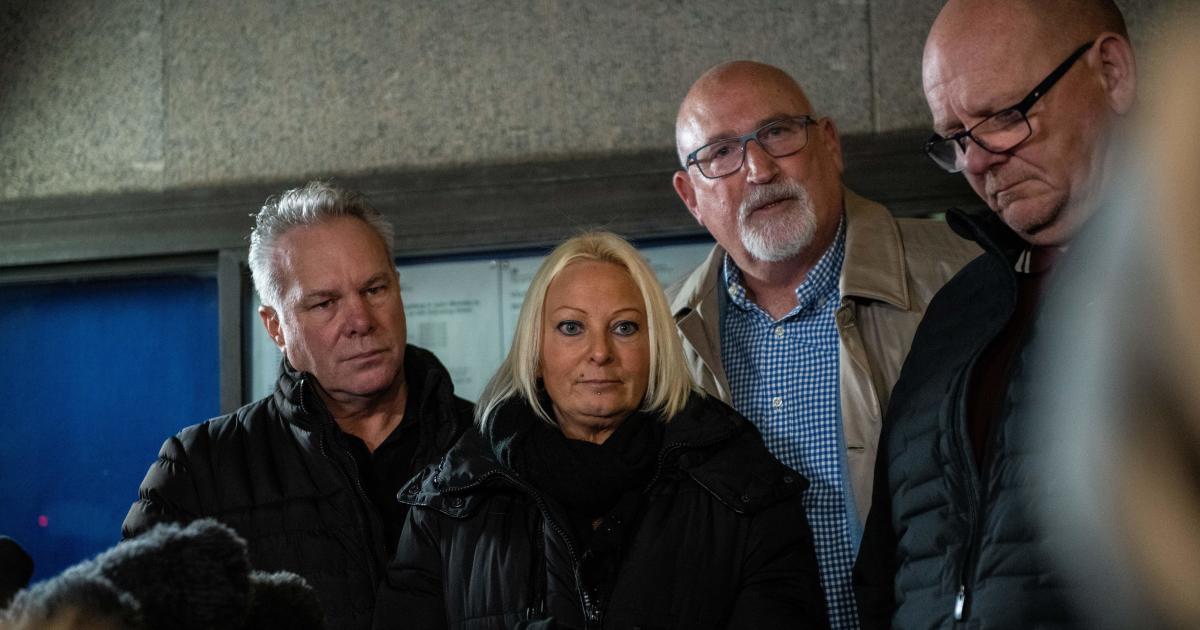 London — The mother of a British teenager killed more than three years ago by an American woman who was driving on the wrong side of the road in England has told CBS News that her son Harry can finally "rest" now that the driver, Anne Sacoolas, has been put "through the full U.K. justice system."

A judge handed Sacoolas a suspended eight-month prison sentence on Thursday, meaning she's highly unlikely to ever spend a day behind bars. But in the minds of Harry Dunn's family, justice has finally been served.

"We did it," Dunn's mother, Charlotte Charles, told CBS News in a video message after the sentence was announced. "A criminal record will be hers now. She finally had to do what you and I would have had to have done. So, job done. I'm sure Harry would have been extremely proud of me and of our family. It's taken us a lot to get where we are."

Thursday's sentencing finally brought an end to a painful legal battle for Charles and her family, but the London court's sentence was delivered to Sacoolas via video link, as she left Britain soon after the 2019 accident and returned to the U.S.

Sacoolas, who was working at the time of the crash for a U.S. intelligence agency, invoked diplomatic immunity from prosecution, leading Dunn's family to petition both the British and U.S. governments for justice for years.

The judge suspended the sentence for 12 months, which means that unless Sacoolas does return to Britain and commits another crime in the U.K. within a year, she won't face prison for the death of Dunn. He was 19 years old when Sacoolas knocked him off his motorcycle as she was driving away from a barbeque.

Charles and her family were unforgiving about Sacoolas' refusal to return to Britain for the trial, calling it "despicable that she didn't come over on the judge's orders," and lambasting the American as a "huge coward."

In an October interview with Gayle King for CBS' Mornings, Charles said showing up in court in London was one of the best ways that Sacoolas could show true remorse, and she noted then that the judge had already made it clear any conviction leading to an actual prison sentence was unlikely.

Immediately following the sentencing, Sacoolas, in the Washington D.C. area, declined to issue any comment. She has expressed deep sorrow and remorse for killing Dunn, however, and she admitted that she was driving on the wrong side of the road when she had the head-on collision with Harry outside a U.S. military base in England.

The court heard over the course of the trial that Sacoolas did stay at the roadside and offered to help Dunn after the crash.

In a written statement after the sentencing, Sacoolas offered her "sincerest condolences to Harry Dunn's family and friends."

"My tragic mistake led to the loss of Harry, and I live with this regret every single day," she said. "There is not a day that goes by that Harry isn't on my mind, and I am deeply sorry for the pain that I have caused."

Dunn's parents campaigned tirelessly for her to face justice, and Charles told CBS News she and her family were extremely grateful to the U.S. public and media for keeping attention on their legal battle

As his mother told CBS News on Friday, they went "through hell and back, and we've still got a lot of things to work through. We need to make progress with moving forward in our lives now… We're all very tired, but we finally feel that we can have some peace now. We finally feel that Harry can rest."

www.cbsnews.com - 2 years ago
28-year-old Matias Ferreira was serving in Afghanistan when he stepped on a I.E.D and lost both legs from the knee down. The double-amputee Marine veteran is now amongst the latest graduates of the Suffolk County police academy in New York. Steve Hartman
Read More

www.cbsnews.com - 2 years ago
Steve Cohen's hedge fund, Point72, has become entangled in market turmoil that has pitted a band of small investors against traders.
Read More

www.cbsnews.com - 2 years ago
An international study found experimental birth control injections for men are almost as effective as the pill for women. Dr. Tara Narula joins "CBS This Morning" to discuss why the gender gap in contraception may not close anytime soon.
Read More

Killer who stabbed 4 University of Idaho students still at large