Greenhouse gas emissions in the European Union have been reduced by 24% compared to 1990 levels, according to the bloc’s annual climate report
Author:
Published: 2020-11-30 09:59 am 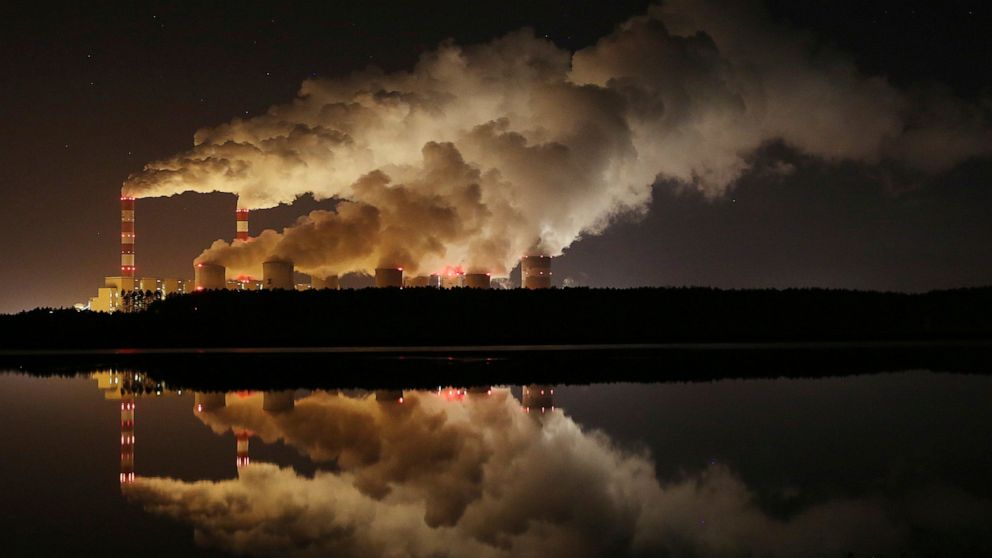 BRUSSELS -- Greenhouse gas emissions in the European Union have been reduced by 24% compared to 1990 levels, according to the bloc's annual climate report, but the EU said Monday it still needs to intensify efforts to keep to its target of making Europe the first climate-neutral continent by mid-century.

The EU's executive arm said Monday that emissions in the 27-nation bloc have decreased by 3.7% in 2019 compared to the previous year, while gross domestic product rose 1.5% over the same period.

“However, as experienced in the past, a swift economic recovery may lead to a strong and rapid rebound in emissions, unless policy gears its stimulus measures toward the green transition," the commission wrote in the report.

EU Commission President Ursula Von der Leyen, who this week celebrates one year in office, has made the fight against global warming the priority of her term. In the EU's coronavirus recovery strategy, the commission has pledged to stay away from fossil-fuel projects.

“The European Union is proving it is possible to reduce emissions and grow your economy,” said Frans Timmermans, the commission vice-president in charge of the European Green Deal. “However, today’s report again confirms we need to step up our efforts across all sectors of the economy to reach our common goal of climate neutrality by 2050.”

To accelerate the transition, the commission has also proposed that member states raise their climate ambitions above the existing target of a 40% reduction in emissions by 2030, proposing to cut greenhouse gas emissions by at least 55% compared to 1990 levels.

Leaders discussed the offer last month but could not immediately agree on an updated goal as reducing emissions by another 30% within the next decade poses a big challenge to many EU countries. They will try to find a consensus during a December summit ahead of the adoption of the first-ever European climate law.

Under the 2015 Paris climate change agreement, countries are due to submit updated climate targets by the end of this year.

World leaders agreed five years ago in Paris to keep the global warming increase to below 2 degrees Celsius (3.6 degrees Fahrenheit), and ideally no more than 1.5 degrees C (2.7 F) by the end of the century. Scientists say countries will miss both of those goals by a wide margin unless drastic steps are taken to begin cutting greenhouse gas emissions.

In its report, the commission said emissions covered by the Emissions Trading System — a cap-and-trade scheme for industries to buy carbon credits covering about 40% of the EU’s greenhouse gas emissions — saw the biggest drop in 2019, falling by 9.1%, or about 152 million tonnes carbon dioxide equivalent.

Follow all AP coverage of climate change issues at https://apnews.com/hub/Climate

abcnews.go.com - 10 months ago
In a story published October 4, 2021, about New Mexico Gov. Michelle Lujan Grisham’s speech to a group of oil and gas executives, The Associated Press erroneously reported about the governor's regulation of methane production sites in her state
Read More

Texas sues Google over local radio ads for its smartphones

abcnews.go.com - 7 months ago
Texas’ attorney general is suing Google, alleging the company asked radio DJs to record personal endorsements for smartphones that they hadn’t used or been provided
Read More

abcnews.go.com - 9 months ago
Several dozen people chanted for justice before taking to the streets.
Read More

Mayor, police chief and other city officials of Iowa town arrested for embezzlement

abcnews.go.com - 2 years ago
A mayor, police chief, city clerk and a former city clerk of a town in Iowa have all been charged following an investigation accusing them of misappropriating city funds.
Read More
More News & Articles