Feds seize 2,000 earbuds at JFK, maker wants them back

Federal customs agents seized 2,000 allegedly counterfeit earbuds at JFK Airport — only to have the manufacturer demand their return. US Customs and Border Patrol said the shipment of knock-off Apple AirPods was discovered in an air cargo facility after
Author: Bruce Golding
Published: 2020-09-14 05:30 pm 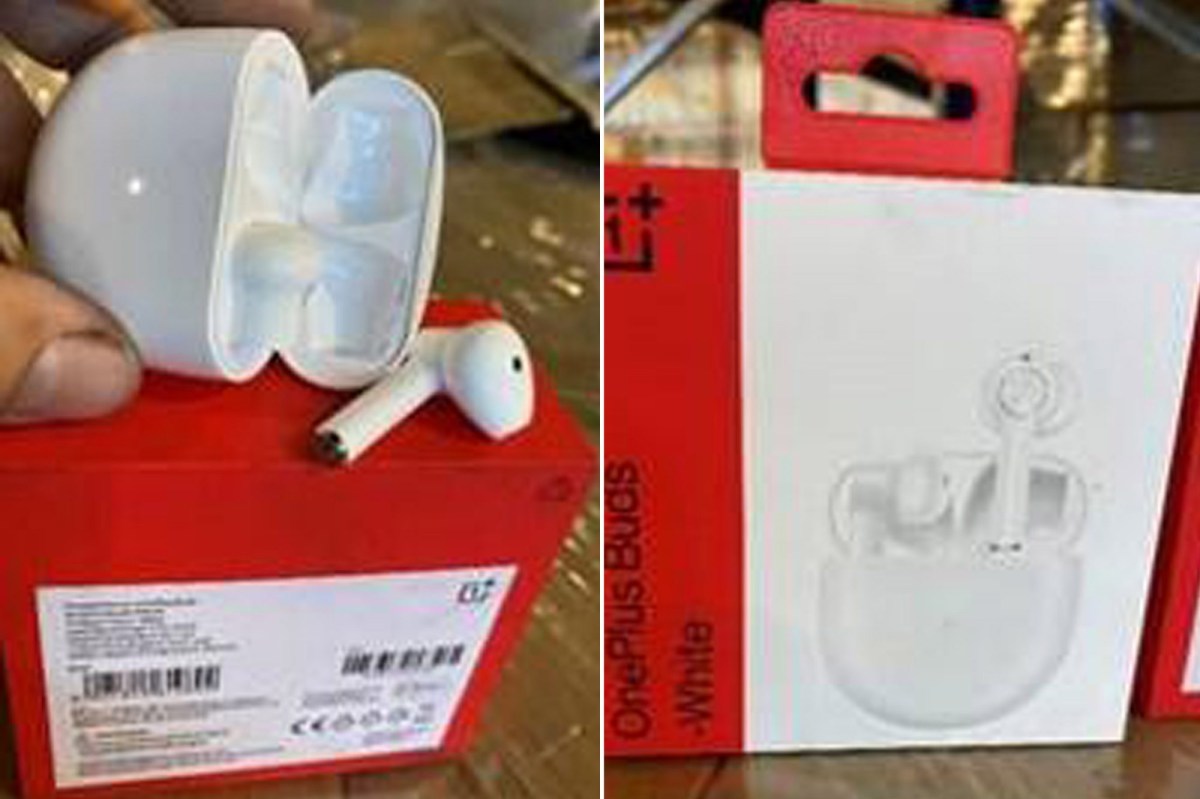 Federal customs agents seized 2,000 allegedly counterfeit earbuds at JFK Airport — only to have the manufacturer demand their return.

US Customs and Border Patrol said the shipment of knock-off Apple AirPods was discovered in an air cargo facility after arriving from Hong Kong en route to Nevada.

“THAT’S NOT AN [APPLE],” the CPB tweeted Sunday, using a red fruit emoji.

“The interception of these counterfeit earbuds is a direct reflection of the vigilance and commitment to mission success by our CBP Officers daily,” CPB Director of New York Field Operations Troy Miller said in a statement.

But in response, OnePlus USA tweeted early Monday, “Hey, give us those back!” along with an upside-down smiley face.

The company later followed up with a tweet that mockingly alluded to the incident, saying, “Seize the day. Seize the music. #OnePlusBuds.”

But a CPB spokesperson told the Ars Technica website that the OnePlus items “appeared to violate” Apple’s “configuration trademarks on their brand of earbuds.”

“CBP’s seizure of the earbuds in question is unrelated to the images or language on the box,” the spokesperson said.

“A company does not have to put an ‘Apple’ wordmark or design on their products to violate these trademarks. The importer will have many opportunities through the adjudication process to provide evidence that their product does not violate the relevant recorded trademarks.”

nypost.com - 6 months ago
ARLINGTON, Texas — These Rays are baseball’s cockroaches. Just when you think you’ve exterminated them, they pop up again. And for crying out loud, you can’t offer them any assistance in their pest-y plans. By popping up Saturday night, baseball’s little
Read More

nypost.com - 2 months ago
Three-star Michelin Chef Éric Ripert and his wife Sandra are dishing their Upper East Side home for $3.49 million.
Read More

nypost.com - 3 months ago
A lot of bettors attempt to make their mark picking low-hanging fruit. Maybe that involves waiting for injury information and playing the side that looks to benefit from the news, or going all-in against a team that just had an important player placed int
Read More

nypost.com - 5 months ago
Southwest Airlines said on Thursday it had issued notices to 6,828 employees warning them that they could be furloughed, amid a slump in demand for air travel due to the coronavirus crisis. The involuntary furloughs will happen on March 15 or April 1,
Read More
More News & Articles