Testing was going to be disrupted at a major transit hub because of the filming of a movie featuring the TikTok star Addison Rae. The city then backtracked.
Author: Neil Vigdor and Kwame Opam
Published: 2020-12-01 04:00 am 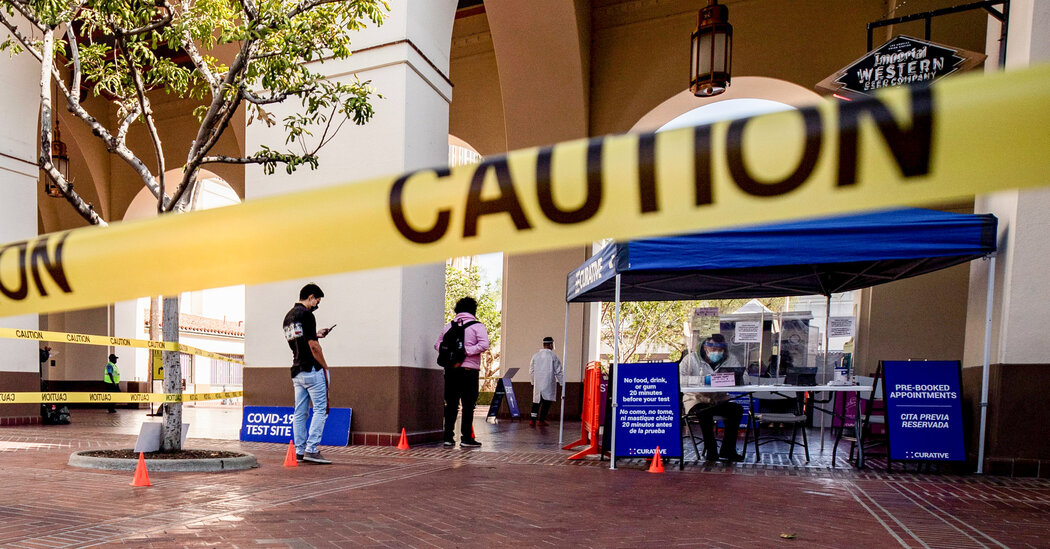 The mayor of Los Angeles, Eric Garcetti, said early Tuesday that the city would reopen a coronavirus testing site at Union Station, a major transit hub, after residents criticized a decision to temporarily close the site during a film shoot.

The movie, “He’s All That,” which features the TikTok star Addison Rae and is a reboot of the 1999 romantic comedy “She’s All That,” had received approval to film inside and outside the station on Tuesday, the city and county’s film office said. About 170 cast and crew members were expected to take part in the movie scenes, the film office said.

The reversal came after a homeless outreach and advocacy group called Ktown for All criticized the decision to close the site and shared a copy of an email that it said a resident received on Monday afternoon from the company that operates the testing site. It said that all testing appointments for Tuesday at the station had been canceled because of an event there.

The group said that the move showed that the city had misplaced its priorities at a time when hospitalizations for the virus are on the rise, and that the decision to close the site for a day made it more difficult for people who rely on public transportation to get tested.

“It’s truly one of the only Covid testing centers within the city of Los Angeles that is really accessible by public transit,” Devon Manney, a spokesman for the group, said in an interview on Monday night. “This is the L.A. that we are constantly fighting against.”

Philip Sokoloski, a spokesman for the film office, which is known as FilmLA, said on Monday night that neither the office nor the locations team for the production company had been aware that the station was one of the city’s virus testing locations and were not involved in the decision to close the site.

Union Station is one of the city’s 10 permanent testing sites and five pop-up locations, including one at the North Hollywood Metro station that is on the same rapid transit line as Union Station. City officials did not say who had made the decision to suspend testing at Union Station.

In a tweet, Mr. Garcetti said the 504 people who were scheduled for a test at Union Station on Tuesday could visit the site as planned. City officials said about 350 daily tests are conducted on average at Union Station, which they said accounted for less than 1 percent of the more than 35,000 tests that are done every day in Los Angeles.

Miramax, which is releasing the film, declined to comment on Monday night.

www.nytimes.com - 1 year ago
Here’s what you need to know at the end of the day.
Read More

www.nytimes.com - 3 days ago
Natalie T. Chase, a District Court judge in Arapahoe County, agreed to step down after the Colorado Supreme Court censured her for insensitive remarks to Black judicial employees.
Read More

The Paradox of Pandemic Partisanship

www.nytimes.com - 7 months ago
The false idea of Black people as irresponsible, erratic and dangerous is not new.
Read More
More News & Articles