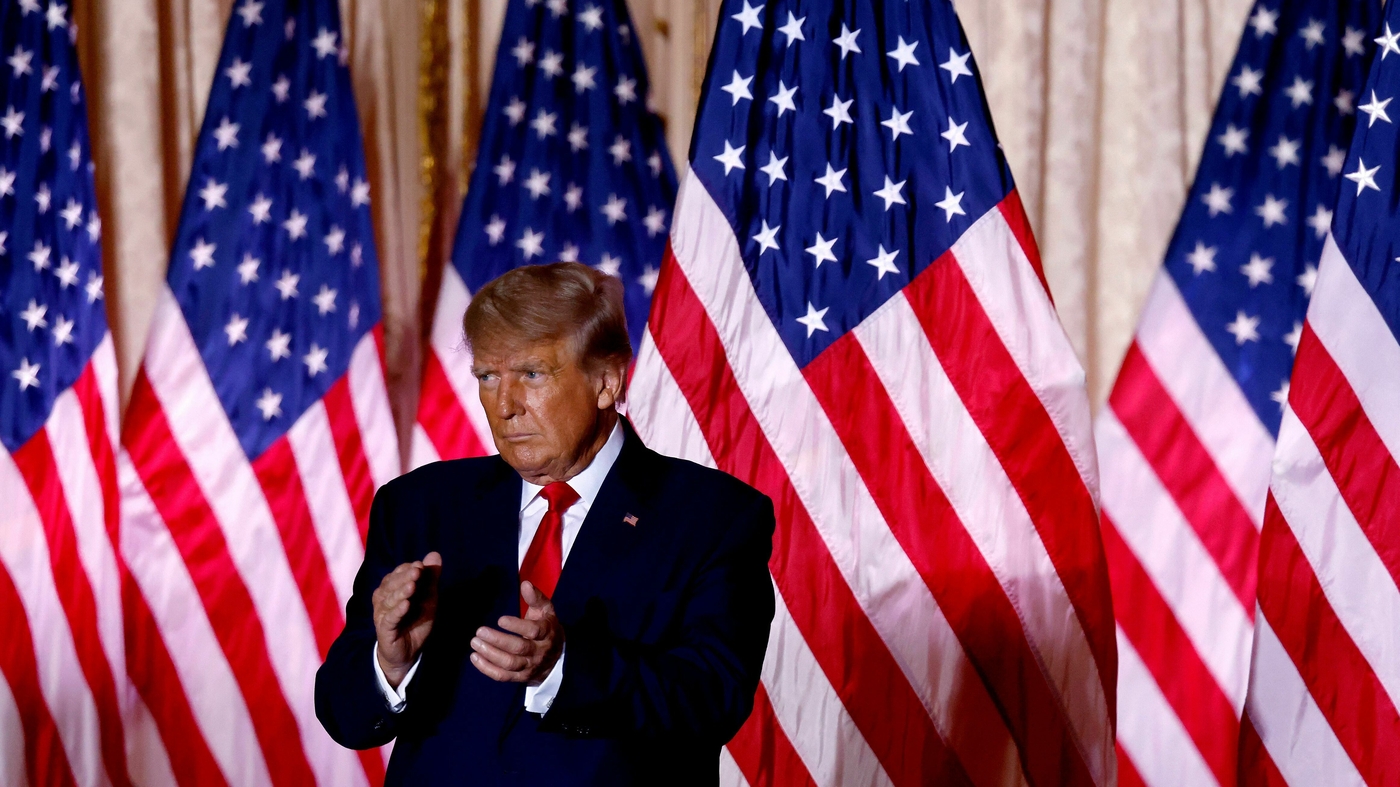 Former President Donald Trump will be allowed to return to Facebook and Instagram more than two years after he was banned for inciting violence when his supporters stormed the U.S. Capitol on Jan. 6, 2021.

Trump's accounts will be reinstated "in the coming weeks" with new guardrails "to deter repeat offenses," Nick Clegg, president of global affairs at Facebook's parent company Meta, said on Wednesday.

The "serious risk to public safety" that led Meta to suspend Trump in January 2021 "has sufficiently receded," Clegg wrote in a blog post. "In the event that Mr. Trump posts further violating content, the content will be removed and he will be suspended for between one month and two years, depending on the severity of the violation," he wrote.

"The public should be able to hear what their politicians are saying – the good, the bad and the ugly – so that they can make informed choices at the ballot box. But that does not mean there are no limits to what people can say on our platform," Clegg said.

Suspending Trump's account was the most high-profile and controversial content moderation decision Meta has ever made. Now its move to reinstate him thrusts the company back into the middle of a contentious debate over tech platforms' power to determine who gets a voice online.

In a statement on Truth social, the former president said: "FACEBOOK, which has lost Billions of Dollars in value since 'deplatforming' your favorite President, me, has just announced that they are reinstating my account. Such a thing should never again happen to a sitting President, or anybody else who is not deserving of retribution!"

Meta's decision to reinstate Trump lands in a social media landscape that has changed markedly in the past two years. Facebook is attempting to reinvent itself as a "metaverse company" in a move away from its social networking origins. In 2022, the company announced declines in revenue and users for the first time.

Twitter is in chaos under the ownership of billionaire Elon Musk, who reversed his platform's ban on Trump in November after polling the site's users.

And a raft of alternative social media sites — from Truth Social, the company Trump helped create and financially back, to Gettr, Parler and Gab — are wooing conservatives who have long accused the bigger networks of muzzling their political views.

Still, regaining his Facebook account, which had 35 million followers when it was suspended, is likely to be a boon as Trump seeks the presidency in 2024. While he famously used Twitter on the campaign trail and in office to announce policy, indulge fans and goad enemies, Facebook was a major engine of his fundraising efforts, generating hundreds of millions of dollars in campaign contributions. (Trump's campaign page was not affected by the ban and has continued to raise money via Facebook.)

Whether or how Trump will return to posting on Facebook is unclear. He has not resumed posting on Twitter and has an agreement with Truth Social to post there first.

"Sadly, Facebook has been doing very poorly since they took me off," Trump said in a statement before Meta announced his reinstatement, adding that the site had become "boring." He said the moves to ban him and to change the company's name "will go down in the Business Hall of Fame for two of the worst decisions in Business History!"

Facebook initially suspended Trump indefinitely in the days after the Capitol insurrection. That decision was slammed by the company's Oversight Board — an outside group of legal experts, human rights scholars, and former journalists and politicians created and funded by Meta — as vague. In June 2021, Facebook revised the penalty to a two-year ban, said it would only reinstate Trump "if the risk to public safety has receded," and vowed to consult experts before doing so.

At that time, the company also set out new rules for public figures in times of civil unrest and violence and said if Trump returned and continued to break the platform's rules, he would be subject to "a strict set of rapidly escalating sanctions," up to a permanent ban.

Since his removal from mainstream social media, Trump has used Truth Social as his main mouthpiece. There, he has continued to falsely claim that the 2020 election was stolen from him and amplified the far-right QAnon conspiracy theory to his 4.78 million followers.

Democratic lawmakers had urged Meta not to reinstate Trump's account, arguing that the risk to public safety continues. In a December letter to the company, U.S. Rep. Adam Schiff of California and Sen. Sheldon Whitehouse of Rhode Island pointed to Trump's posts on Truth Social casting doubt on the integrity of the 2022 midterm elections, continuing to deny his loss in 2020, and amplifying accounts promoting QAnon-tied conspiracy theories.

"We have every reason to believe he would bring similar conspiratorial rhetoric back to Facebook, if given the chance," they wrote.

www.npr.org - 3 months ago
Pakistan's former prime minister, Imran Khan, has been shot and wounded during a massive demonstration in the eastern part of the country.
Read More

The Jan. 6 committee has issued subpoenas for 5 House Republicans

www.npr.org - 9 months ago
In an unprecedented move, the House select committee on the Jan. 6 attack on the Capitol has issued subpoenas for five Congressional Republicans, including GOP leader Kevin McCarthy.
Read More

www.npr.org - 1 year ago
Dr. Alan Braid said that his decision to perform an abortion past the six-week mark earlier this month was a matter of duty. (Image credit: Jordan Vonderhaar/Getty Images)
Read More
More News & Articles