After Masahiro Tanaka was struck in the head by a 112-mph line drive off the bat of Giancarlo Stanton during a simulated game on July 4, there was no telling how the right-hander might be impacted — let alone when he would return to the mound. Yet there h
Author: Dan Martin
Published: 2020-08-02 05:29 am 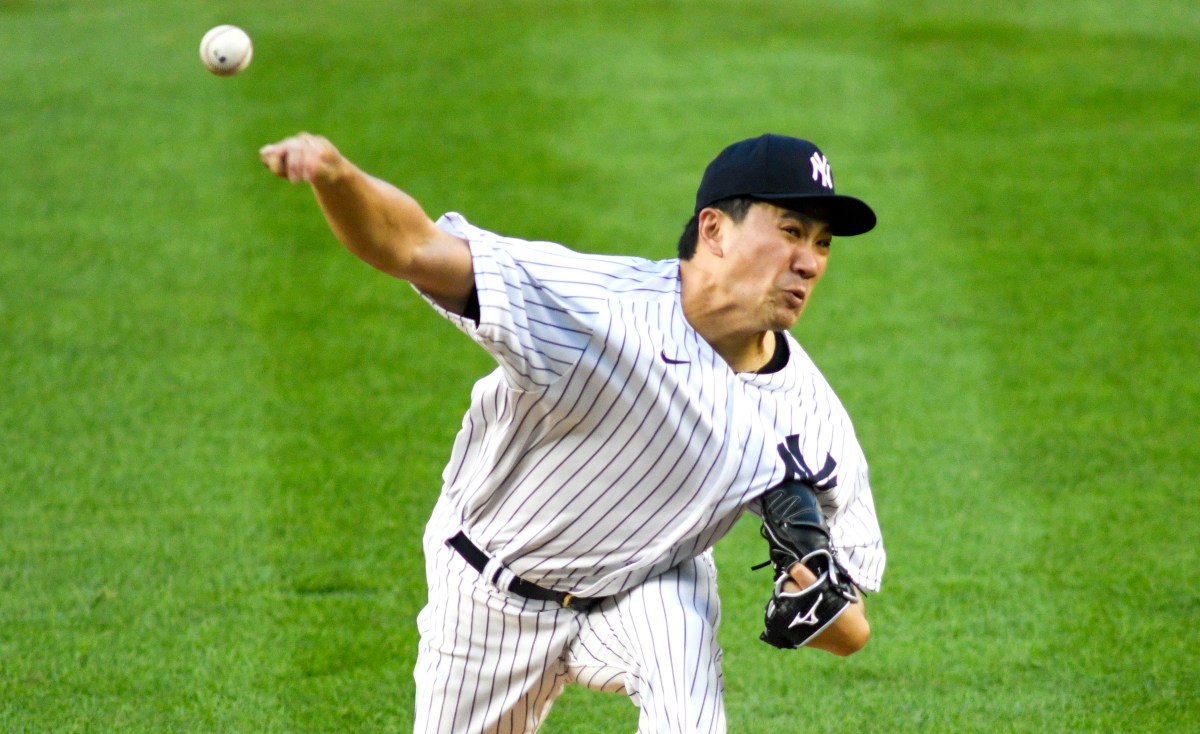 After Masahiro Tanaka was struck in the head by a 112-mph line drive off the bat of Giancarlo Stanton during a simulated game on July 4, there was no telling how the right-hander might be impacted — let alone when he would return to the mound.

Yet there he was in the Yankees’ 5-2 win over the Red Sox on Saturday.

Tanaka gave up two runs — one earned — in 2 ²/₃ innings, leaving after 51 pitches thanks to a pitch count.

He tossed two scoreless innings before Boston got to him in the third and he looked effective for most of the brief outing, reaching 94 mph at times.

“I thought he was really good,’’ Aaron Boone said. “The power was there with his fastball. That’s as good a velocity as we’ve seen on his fastball, really, in the last couple years.”

Tanaka, though, was discouraged by his lack of command, something he attributed to not having pitched in a competitive game since spring training in March.

Third-string catcher Chris Ianneta was designated for assignment to make room on the roster after Tanaka was activated from the seven-day concussion injured list.

James Paxton didn’t retire a batter in the second inning in his first start of the season.

He’ll take the mound again Sunday looking for better results and he’s expecting some adjustments he’s made since his season debut will help.

“I’ve looked at some video and it turned out my arm angle was low and I was bending over too far on my way to the plate,’’ Paxton said. “I’ve been working on my posture and standing up straighter and taller.”

That should allow him to throw his breaking balls more effectively.

The Yankees have sizable expectations from the left-hander, who underwent back surgery in February but ended up not missing any time because of the delayed start to the regular season.

Gary Sanchez was back in the lineup Saturday after being given Friday off and Boone said he has “not a lot of concern” about the catcher’s slow start despite Sanchez entering Saturday 0-for-15 with 10 strikeouts.

Sanchez got his first hit of the season on a roller through the right side of the infield in the second and scored.

Luis Cessa was scheduled to pitch another simulated game Saturday and his return from coronavirus is expected “in the next few days,” according to Boone.

Boone talked to him late in the week and the right-hander told him he felt “really good and his stuff is what it normally is.”

MLB announced the Yankees are scheduled to host the Phillies on Monday and Tuesday and visit Philadelphia on Wednesday and Thursday. The Yankees would then visit Tampa Bay for a four-game series beginning on Friday, with a doubleheader scheduled for Saturday. Gerrit Cole is slated to start Monday and one of the games on Saturday- both of which would be seven innings thanks to the new rule regarding doubleheaders.

With no fans in the stands, it’s become a lot easier for opponents and other observers to hear what’s being said on the field and in the dugouts. Boone created a stir a year ago with his “savages in the box” rant and was asked Saturday if the new environment had impacted what he said this season.

“Maybe a little bit,’’ Boone said. “As best you can, you try to be mindful of things. Believe it or not, I try to even be mindful of that in all situations. I’m also gonna react honestly to what I see. You try to strike that balance of being mindful and respectful, but also intense on the game.”

nypost.com - 2 months ago
The Scripps National Spelling Bee will return this year in a mostly virtual format, with the in-person competition limited to a dozen finalists.
Read More

nypost.com - 3 weeks ago
Four men described as leaders of the far-right Proud Boys have been charged in the U.S. Capitol riots, as an indictment ordered unsealed on Friday presents fresh evidence of how federal officials believe group members planned and carried out a coordinated
Read More

The Giants are ruining Daniel Jones

nypost.com - 6 months ago
It needs to be a fair fight. An honest appraisal. It needs to be a comparison worth making. Daniel Jones in year No. 2 vs. Eli Manning in year No. 2 is about as revealing as Superman’s X-ray vision through lead. Manning went 11-5 in his first full season
Read More
More News & Articles