Prosecutors on Monday divulged the great lengths Seagram’s liquor heiress Clare Bronfman went to silence victims and critics of the Nxivm sex-slave cult, including by sending them “threatening letters” and siccing her team of lawyers and private
Author: Tamar Lapin
Published: 2020-09-14 11:12 pm 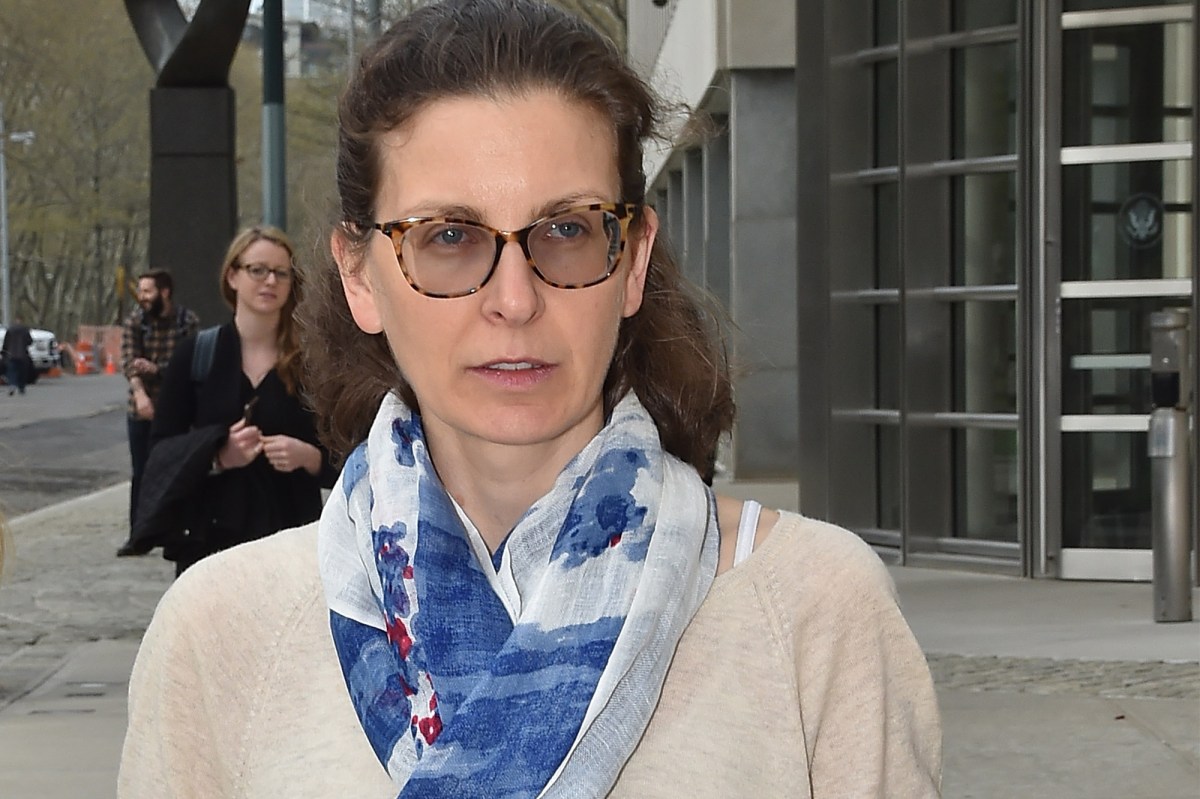 Prosecutors on Monday divulged the great lengths Seagram’s liquor heiress Clare Bronfman went to silence victims and critics of the Nxivm sex-slave cult, including by sending them “threatening letters” and siccing her team of lawyers and private investigators on them.

Former members of a Nxivm sub-cult called DOS — in which women were branded with guru Keith Raniere’s initials and groomed to have sex with him — detailed how Bronfman’s attempts at intimidation further decimated their lives.

“When I was at my most vulnerable, Clare Bronfman traumatized me,” one ex-member wrote in a victim-impact statement included as part of a 127-page detention memo filed by prosecutors in Brooklyn.

Details of Bronfman’s “obsessive” attempts to investigate and intimidate those speaking out against the cult and its leader, Raniere, were revealed in the memo ahead of the heiress’ Sept. 30 sentencing.

Prosecutors are asking for Bronfman, 40, to get five years in prison — double the maximum 30 months she faces under federal guidelines – for her role as a high-ranking member of Nxivm.

The longtime Nxivm executive, who was one of its largest donors, pleaded guilty last August to conspiracy to conceal and harbor illegal aliens for financial gain and fraudulent use of identification.

“Bronfman spent millions of dollars of her inherited fortune on Raniere’s endeavors,” prosecutors wrote. “She pursued Raniere’s accusers and critics by dispatching powerful teams of lawyers, private investigators, and public relations firms to attempt to discredit them and dredge up information that could be used to undermine their claims.”

Prosecutors said Bronfman received at least five emails from DOS victims in July 2017 asking for their “collateral” to be destroyed or handed back, referring to blackmail materials they were forced to give up as a show of obedience to Raniere, prosecutors said.

Bronfman, who has claimed she didn’t know about DOS, didn’t respond to the emails, but did contact the NYPD and police in Vancouver in an ultimately fruitless attempt to bring charges against one of the women.

Bronfman and Raniere also “drafted threatening letters which were then sent, verbatim, to DOS victims by attorneys in Mexico that Bronfman had retained,” according to the court document.

“The only reason for Bronfman and Raniere to send these letters to sex trafficking victims was to attempt to threaten and intimidate them, efforts which succeeded,” the memo states.

One DOS victim received two “ominous and intimidating” letters from a law firm in Mexico that threatened her with “serious legal consequences, including criminal prosecution,” if she spoke out, prosecutors said.

“Receiving these letters shook me to my core… It had been more than a year since I left DOS and NXIVM, and I felt violated once again, wondering if they would ever just let me go and allow me to move on with my life,” the victim said in a statement.

“If Clare never had anything to do with DOS, and if DOS had nothing to do with NXIVM, why did she deploy such an underhanded intimidation tactic to scare me into remaining silent?”

She “secured a work-force of individuals desperate to earn a living and dependent on her and on NXIVM and Raniere for their continued legal status in the United States.”

In one instance, she turned a person from South Africa she was sponsoring for a Visa into her personal assistant, sending emails with instructions on how to make oatmeal for her dogs, the memo states.

Bronfman showed “an astonishing lack of empathy for the financial struggles of others,” prosecutors said.

Following Raniere’s March 2018 arrest in Mexico, Bronfman continued to support him, including by paying his legal fees, and “remains loyal to and supports Raniere to this day,” the document states.

Prosecutors included excerpts of jailhouse conversations in which Raniere, who is locked up in Brooklyn, boasted about Bronfman’s undying loyalty.

“I don’t think her view of me has changed at all. If anything it’s gotten stronger,” he told a follower in a conversation on Nov. 8, 2019.

Raniere, 60, last year was found guilty as charged on seven counts, including racketeering and sex trafficking. He is set for sentencing on Oct. 27, when prosecutors want him locked up for life due in part to “his total denial of culpability for the crimes of which he was convicted.”

NYPD sending cops back into subways after rash of pushing attacks

nypost.com - 6 months ago
The cops pulled from city subways to police summertime protests will be sent back underground to deal with the growing rash of recent subway pushing incidents, authorities said. Chief of Transit Kathleen O’Reilly told reporters on Monday that the beefed-u
Read More

Mets’ next GM will need to have extensive MLB contacts: Sherman

nypost.com - 4 months ago
It was easy to miss — or dismiss. This was, after all, not a time to speak of Jared Porter’s attributes. But amid Sandy Alderson laying out the chronology and the Mets’ organizational reactions to Porter’s lurid behavior and ultimate firing, he noted a
Read More

Rangers vs. Hurricanes: Breaking down matchups and a prediction

nypost.com - 10 months ago
So maybe this series against the Candy Canes isn’t officially recognized as a playoff round, but it is the postseason — the postseason! — and the rebuilding Rangers are playing hockey. Raise your hand if you envisioned that as a possibility when The Lette
Read More