Pelosi and Schumer Endorse Bipartisan COVID-19 Relief, Back Off Push For Larger Bill 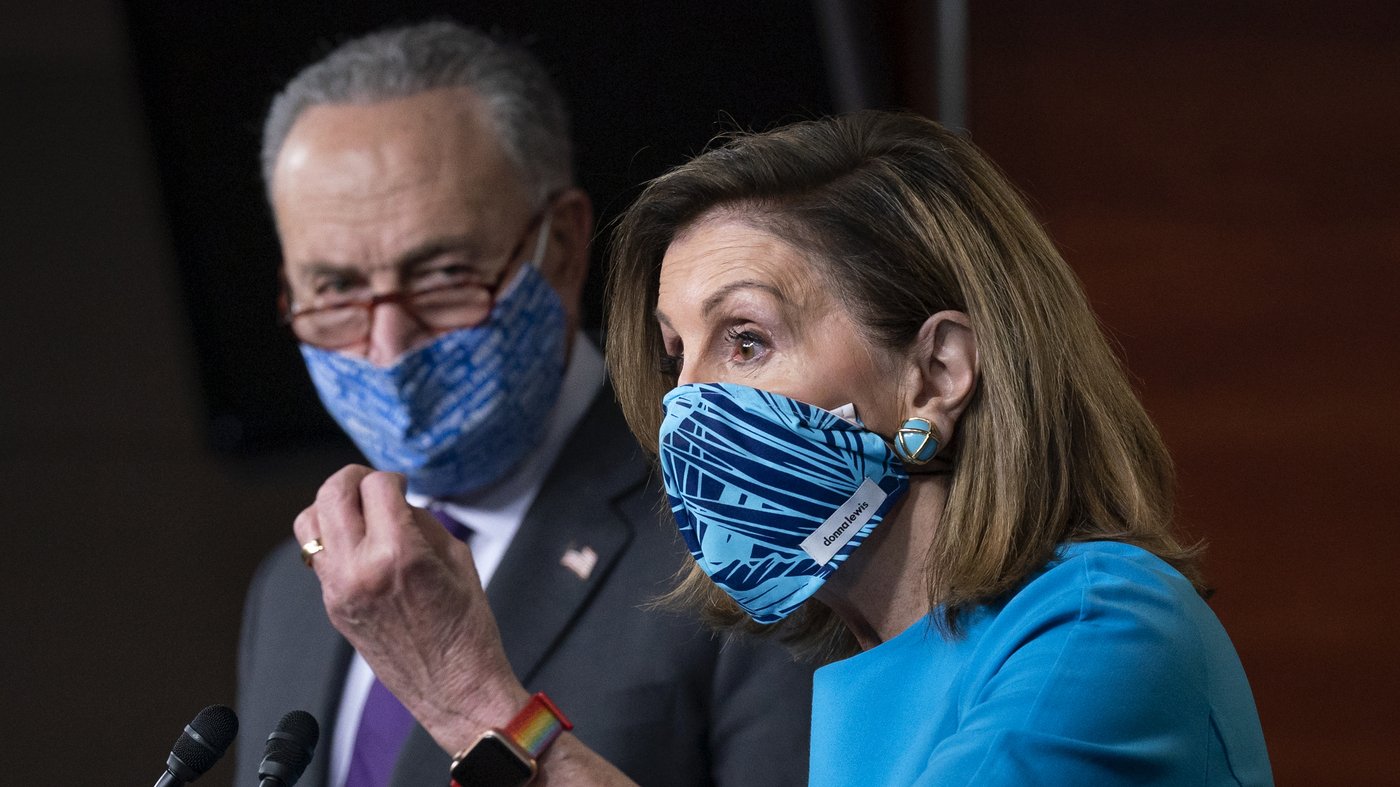 It is the first time Pelosi, D-Calif., and Schumer, D-N.Y., have accepted any COVID-19 legislation other than the $2.2 trillion bill that passed the House of Representatives in October. But their endorsement comes after Senate Majority Leader Mitch McConnell, R-Ky., already rejected the bipartisan proposal.

"In the spirit of compromise we believe the bipartisan framework introduced by Senators yesterday should be used as the basis for immediate bipartisan, bicameral negotiations," Pelosi and Schumer said in a statement. "Of course, we and others will offer improvements, but the need to act is immediate and we believe that with good-faith negotiations we could come to an agreement."

Both parties are under intense pressure to approve further relief as COVID-19 cases and deaths continue to surge across the country. Public health officials have warned the pandemic could worsen over the next several months, even as states begin to distribute the first rounds of a vaccine.

The legislation the top Democrats support includes $300 in weekly federal unemployment benefits for 18 weeks, $288 billion in fresh funding for the Paycheck Protection small business loan program and $16 billion for testing and vaccine distribution. It also includes a temporary block on pandemic-related lawsuits to allow states to craft their own policies on legal liability.

Senate Republicans have offered their own, much smaller legislation — costing roughly over $500 billion. Their latest proposal includes $332.7 billion for small businesses, $105 billion for schools, and $31 billion for vaccine distribution, therapies and medical supplies. It does not include direct aid for states and local governments, a key priority for Democrats.

GOP Sen. John Thune of South Dakota, asked about the top Democrats' shift on the issue, said it was "definitely progress, it's a move in the right direction, and I think hopefully it'll be helpful in us getting a deal done."

McConnell has said he hopes to include some targeted relief in an upcoming spending bill that must be approved by Dec. 11. The GOP leader said Tuesday his goal is for Congress to pass something that has President Trump's support.

"Waiting for next year is not an answer," McConnell said. "It will all likely come in one package."

www.npr.org - 2 months ago
A search and rescue operation was underway for Sriwijaya Air Flight 182, which lost contact with air traffic controllers shortly after takeoff from Jakarta, according to transportation officials. (Image credit: Flightradar24.com via AP)
Read More

www.npr.org - 3 months ago
The talented Canadian composer and songwriter creates an ensemble in his bedroom for our Tiny Desk quarantine series. (Image credit: NPR)
Read More

www.npr.org - 1 month ago
NPR's Ailsa Chang speaks with Janice Nimura about her new book, The Doctors Blackwell, which tells the story of two of the first women medical doctors, sisters Elizabeth and Emily Blackwell.
Read More