A 26-year-old armed suspect was arrested for fatally shooting a mother and an infant in their Florida home, police said.
Author: Katherine Rodriguez
Published: 2020-12-06 11:38 am 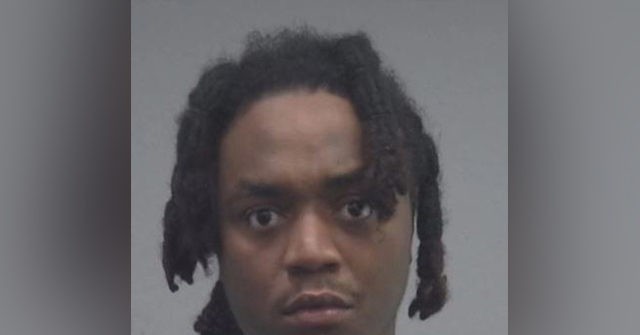 A 26-year-old armed suspect was arrested for fatally shooting a mother and an infant in their Florida home, police said.

The Gainesville Police Department said Saturday that Kevi Ellis, 26, surrendered to authorities when they arrived at the scene.

Authorities found the woman dead with multiple gunshot wounds. The three-month-old had one fatal gunshot wound to the head.

Neither victim has been identified, and it is unclear if they have any relationship with the suspect. Officials say no motive for the attack was immediately clear.

Police said two other young children were discovered hiding under a bed. Officials say Ellis also struck a neighbor, but the neighbor was not shot.

Authorities charged Ellis with two counts of homicide and one count of attempted homicide.

U.S. Capitol Police Officers Suspended, Others Under Investigation Across Country

www.breitbart.com - 3 months ago
Federal law enforcement is investigating police officers in D.C. and in other states for allegedly participating in the Capitol protest.
Read More

www.breitbart.com - 6 months ago
An official review of statues in Leeds, England, concluded that they "over-celebrated Empire, Christianity and 'great' white men" and should be changed through the use of new public-facing plaques putting them a different context.
Read More

www.breitbart.com - 4 months ago
Papadopoulos was charged with one count of making false statements during Special Counsel Robert Muller's investigation into accusations of the Trump campaign colluding with Russia.
Read More
More News & Articles