"There's a whole Twitter generation of people who hang around waiting to be offended."
Author: Rob Bailey-Millado
Published: 2020-09-15 11:19 am 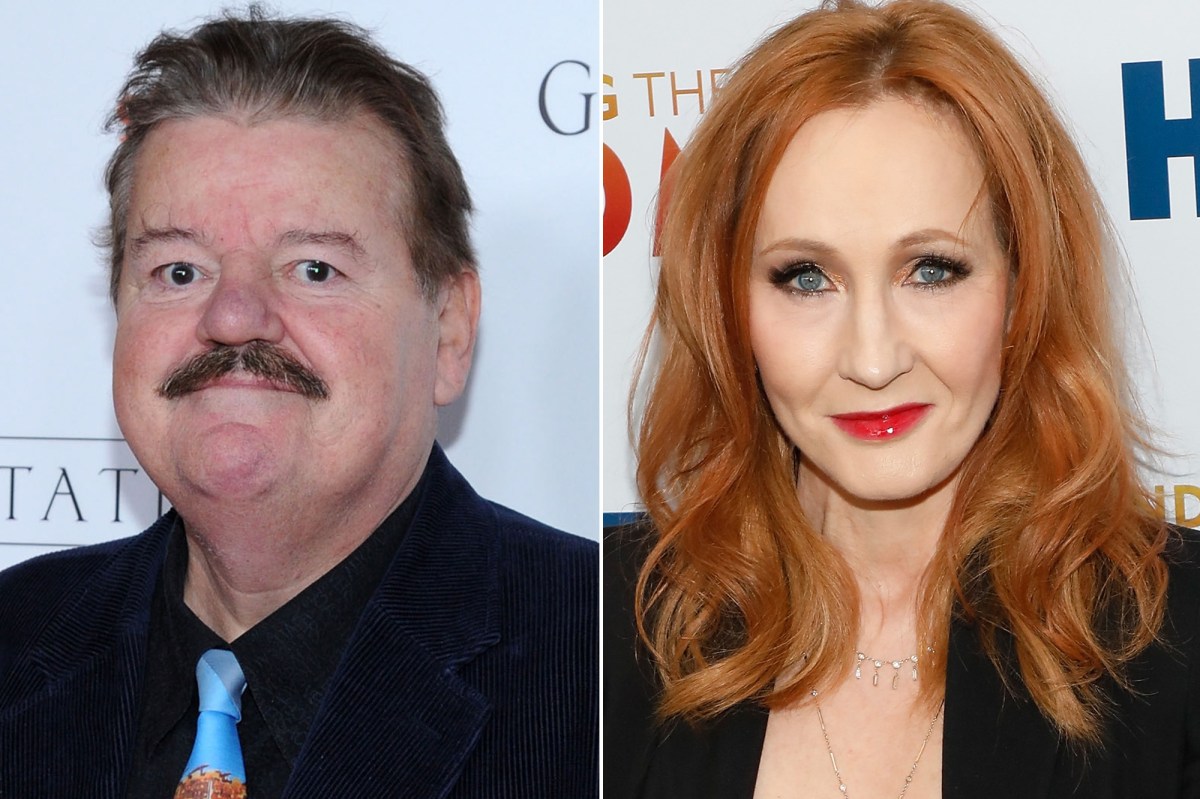 Robbie Coltrane, who starred as the hairy Hagrid in the “Harry Potter” film franchise, has come out swinging in defense of J.K. Rowling.

The actor told Radio Times that people expressing outrage about the author’s controversial comments about the transgender community “just hang around waiting to be offended.”

Rowling, 55, ignited ongoing allegations of transphobia in June after taking issue with an article that used the phrase “people who menstruate,” inspiring in a thread of incendiary tweets in which the Hogwarts honcho argued, “If sex isn’t real, the lived reality of women globally is erased.”

Coltrane doubled down in his defense of Rowling, the Independent reports, saying “I don’t think what she said was offensive really. I don’t know why but there’s a whole Twitter generation of people who hang around waiting to be offended. They wouldn’t have won the war, would they?”

The 70-year-old actor then admitted he sounds “like a grumpy old man, but you just think, ‘Oh, get over yourself. Wise up, stand up straight and carry on,'” Coltrane said before shutting down the topic.

He said he didn’t want to comment any further “because of all the hate mail and all that s–t — which I don’t need at my time of life.”

Coltrane’s comments are making international headlines on the day Rowling published her book titled “Troubled Blood,” about a male serial killer who dresses as in woman’s clothes while going on bloody murder sprees.

On Monday, social media warriors roasted Rowling, declaring her “dead” and pushing #RIPJKRowling to the top of the Twitter trending charts.

“In memory of jk rowling. she ain’t dead, but she killed her own career by proudly hating trans people & no one would really miss her that much anyway,” wrote one Twitter user.

“#RIPJKRowling she [ain’t] dead but her career is,” one Twit wit added.

“Imagine getting cancelled so hard, we have to pretend that you died,” another chimed in.

nypost.com - 2 years ago
The shackles also suggest that the master may have been worried about a haunting by the slave whom they'd abused, as some Romans believed that chains could prevent a vengeful ghost from returning.
Read More

nypost.com - 2 years ago
Among the chief characteristics of the people running America’s institutions are arrogance and a dogged unwillingness to be held accountable. Both have lately been on prominent display at Yale University. Yale is a nonprofit corporation and a very wealthy
Read More

nypost.com - 1 year ago
It seems Vanessa Hudgens got what she wanted for Christmas this year. Over the weekend, the “Princess Switch” actress shared a cozy photo by the tree with her boyfriend, Pirates shortstop Cole Tucker, who gave her a Christmas lift, so to speak. Vanessa
Read More