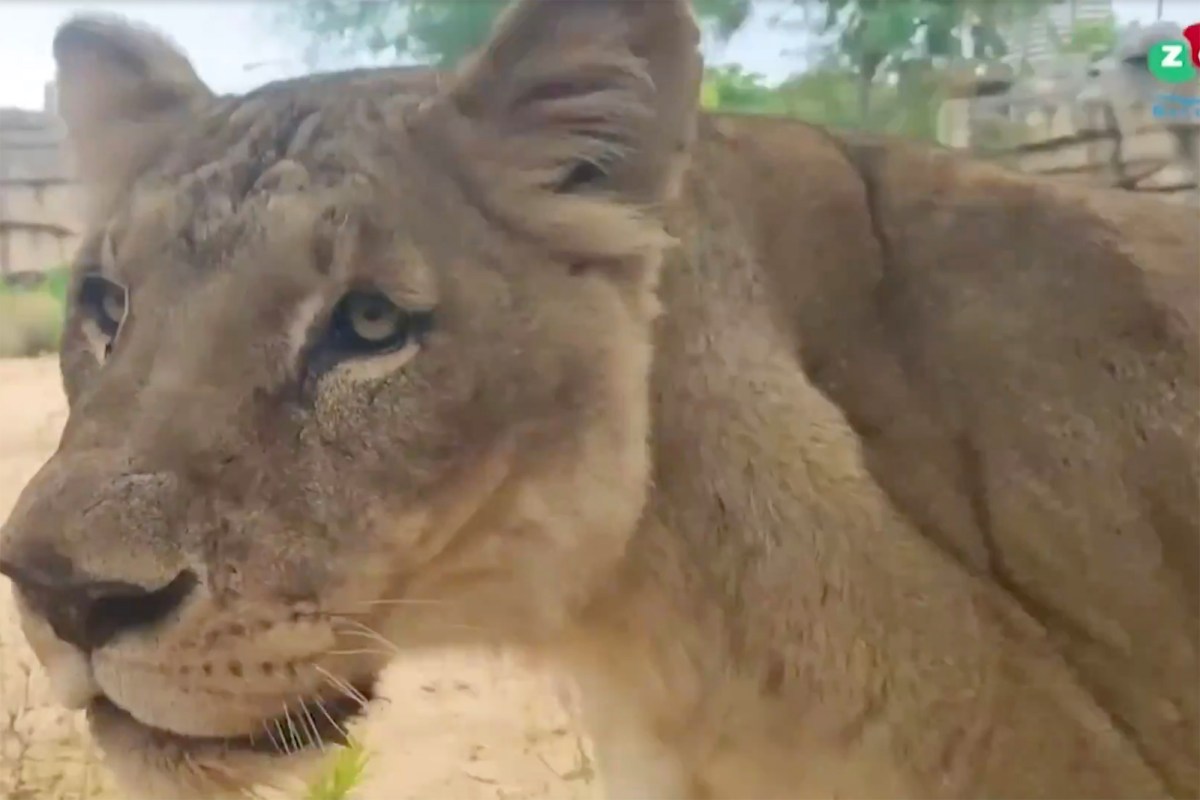 Four lions have been infected with COVID-19 at the Barcelona Zoo in Spain, veterinary authorities said Tuesday — marking the second-known outbreak among big cats.

Three female lions named Zala, Nima and Run Run, and a male feline, Klumbe, were tested for the virus after experiencing minor symptoms.

PCR tests were performed on the lions in the same way humans are tested.

Two staffers at the zoo have also contracted the virus, but it’s unclear whether they spread the disease to the animals.

The female felines, who are all 16 years old, and the four-year-old male lion have not been in contact with other animals at the zoo, which is currently open to visitors.

The Veterinary Service of Barcelona reached out to colleagues at the Bronx Zoo, where four tigers and three lions contracted the virus in April.

“The Zoo has contacted and collaborated with international experts such as the Veterinary Service of the Bronx Zoo, the only one that has documented cases of Sars-CoV-2 infection in felines,” the zoo said in a statement, using the technical name for the virus that causes COVID-19.

“The lions were given veterinary care for their mild clinical condition — similar to a very mild flu condition — through anti-inflammatory treatment and close monitoring, and the animals responded well.”

All of the big cats at the Bronx Zoo recovered from their bout of the illness.

Officials at the Big Apple attraction believe that believe one of the tigers was likely infected by a zookeeper.

The incident prompted officials to implement new measures to protect the animals in the future.

“We are practicing social distancing with our wild cats as well,” Paul Calle, the zoo’s chief vet, said, according to USA Today.

“We’re not interacting closely with them and the keepers are wearing masks and coveralls and measures are in place to prevent infection of the cats.”

nypost.com - 3 months ago
Russell Wilson doesn’t even know where he stands with the Seahawks. The eight-time Pro Bowl quarterback – who has a no-trade clause in his contract – says he’s not sure if he’s on the trading block right now. “I’m not sure if I’m available or not,” Wilson
Read More

nypost.com - 7 months ago
Giants offensive tackle Andrew Thomas has had his work cut out for him through the first few games of his NFL career. In Week 1, it was Steelers outside linebacker Bud Dupree. Last week, he faced Cowboys defensive end DeMarcus Lawrence. On Sunday, it’ll b
Read More