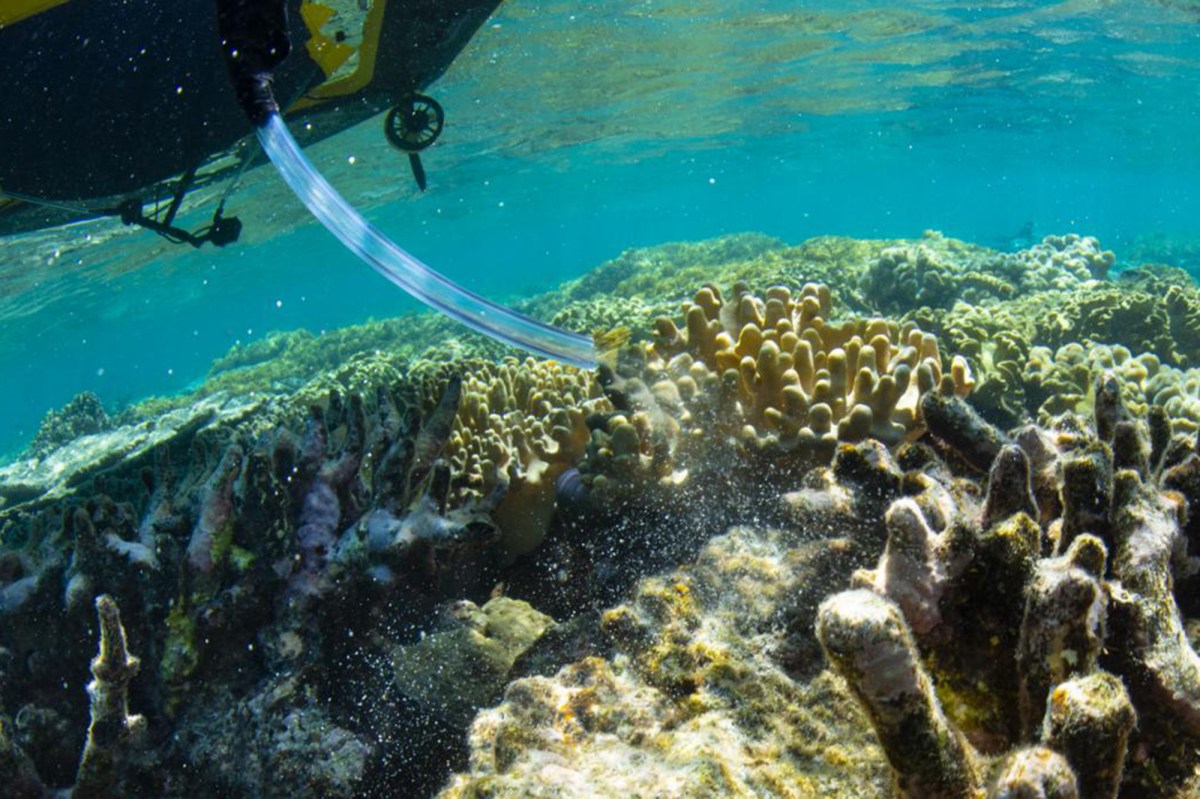 Peter Harrison, director of Southern Cross University’s Marine Ecology Research Center, said he’s “really excited” about the trial’s progress, which has seen more than 60 corals on their way to being able to reproduce again.

“This proves that the larvae restoration technique works just as we predicted and we can grow very large corals from tiny microscopic larvae within just a few years,” Harrison said.

Harrison and his team began working in 2016 on the larvae restoration technique, which involves gathering coral sperm and eggs.

After the larvae are cultured in specially designed enclosures for about a week, researchers then scatter them to parts of the reef damaged by bleaching.

The bleaching occurs when warmer waters caused by climate change destroy the algae which corals feed on, turning them white.

Researchers from James Cook University have found that reef had lost more than half of its coral in the past three decades.

The Great Barrier Reef — which runs 1,429 miles down Australia’s northeast coast — is listed at a world heritage site as the most extensive and spectacular coral reef ecosystem on the planet.

What Chris ‘Mad Dog’ Russo thinks about this Super Bowl

nypost.com - 6 months ago
Many in the sports world — media and fans alike — are looking forward to the Super Bowl 2021 matchup between the Buccaneers and the Chiefs which takes place on Feb, 7 in Tampa Bay. But one big-name sports radio host is not chomping at the bit to watch Tom
Read More

How Charles Barkley is readying for his daughter’s wedding

nypost.com - 5 months ago
Charles Barkley is ready to take on his next title Saturday: Father of the Bride. During a virtual appearance Tuesday on “Jimmy Kimmel Live,” the former NBA star, 58, spoke about how he’s been prepping for daughter Christiana’s wedding this coming weekend
Read More

nypost.com - 3 months ago
The rematch no one wants to see. Nate Robinson is working on a rematch with Jake Paul after his infamous loss to the YouTube star in November, Stephen A. Smith reported Monday on ESPN. Smith, according to TMZ, quoted a source close to the former Knicks
Read More

Amazon Prime Day: Vera Bradley handbags and more up to 30 percent off

nypost.com - 10 months ago
Amazon Prime Day has finally kicked off and it is filled with Amazing sales, including some exciting deals on popular Vera Bradley products. For a limited time, you can save up to 30% on a variety of its best-selling purses, shoes and more. Plus, there ar
Read More
More News & Articles