A campaign by conservative activists and disputes over how to divvy up federal assistance have thwarted negotiators. But President-elect Joe Biden will make a new push for such funding next year.
Author: Jim Tankersley and Emily Cochrane
Published: 2020-12-17 08:11 pm 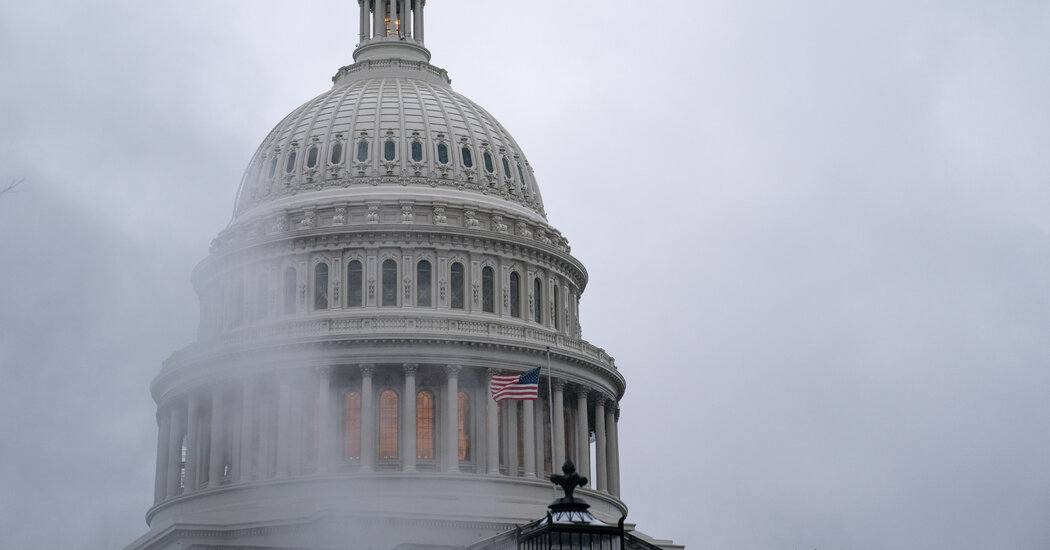 WASHINGTON — As lawmakers race to put the final touches on a $900 billion bipartisan stimulus package, one thing is becoming clear: Congress has left a significant challenge for the incoming president, Joseph R. Biden Jr., and his efforts to revive the faltering economy.

To seal the deal after months of struggle, lawmakers agreed to exclude a direct stream of money for state and local governments, which Republicans objected to as a blue state “bailout” but Democrats said was needed to prevent job cuts and economic pain.

Mr. Biden has promised to help local governments, which are struggling with plunging tax revenue and increased costs, creating huge budget gaps that have already resulted in 1.3 million state and local jobs lost since March. Economists warn that, without further help, states and cities could further slow the economic recovery by cutting more jobs and spending.

As people steer clear of hotels, restaurants and sporting events because of the coronavirus pandemic, the plunge in economic activity has walloped tax revenue in many states, particularly those that rely heavily on tourism or on oil, coal and other sources of energy whose prices have fallen from reduced demand. Budgets have been further strained by spending on social assistance programs, like unemployment, and other pandemic-related costs, like safety measures in public buildings.

With most states required to balance their budgets, governments have turned to cutting jobs and other services rather than raising taxes on struggling households and businesses. The state and local government jobs shed since March — primarily in education — are a far higher toll than during the Great Recession, when cities and states laid off 800,000 workers from 2008 to 2013.

Democrats had made state aid a priority for a second round of stimulus, a demand that became a sticking point with Republicans. A centrist group of senators, trying to break the impasse, had included $160 billion in a direct stream of aid for state and local governments as part of a compromise bill. But congressional leaders excluded that funding this week. In exchange, they decided to drop a Republican priority, shielding businesses that opened amid the pandemic from certain lawsuits, to try to get the broader $900 billion package approved by both chambers and signed by President Trump.

The deal is not yet final and could still be derailed by disputes over last-minute details, including a Republican effort that would prevent the Federal Reserve from restarting some pandemic-era loan programs without congressional permission. It is expected to include money for public transit authorities and potentially additional emergency assistance for state and local governments, though Republicans are opposing that aid, which would run through the Federal Emergency Management Agency. The compromise is also expected to include billions of dollars for education and health programs, which state and local governments will most likely help distribute.

But the package is not expected to contain funding anywhere close to what Democrats and many economists say is necessary to avoid more public sector layoffs in the years to come.

State and local governments face more $500 billion in revenue shortfalls from the pandemic, spread over three fiscal years, research published this fall by the Brookings Papers on Economic Activity estimates.

The researchers found that those governments entered the crisis in relatively strong fiscal positions, often with large rainy-day funds. But even with those reserves and an estimated $250 billion in federal aid approved earlier this year, they warned, the shortfalls could lead to tax increases or budget cuts.

The decision to exclude state aid will present an economic challenge for Mr. Biden, who is likely to face the same political dynamic if Republicans keep the Senate by winning the Jan. 5 election runoffs in Georgia.

The U.S. economy struggled to shake off the last recession, with historically slow growth and a sluggish job market, in part because cities and states continued to lay off workers years into the recovery, pushing up the unemployment rate. It took until 2019 for state and local jobs to return to 2008 levels of unemployment. Democrats and liberal activists have warned that Congress risks repeating those mistakes.

On Wednesday, Jerome H. Powell, the Fed chair, said that while “the picture is mixed” on state finances, the Fed is concerned about the 1.3 million jobs already lost.

“It’s a very large number of people to be out of work from just that one source,” he said.

Calculations from the nonpartisan Congressional Budget Office support the case for more aid, concluding that money for states and localities provided the most cost-effective economic boost of any of the provisions in the first wave of economic assistance this spring.

But the political argument has been muddled by the diverging experience of state revenues in the crisis, which does not hew neatly to party lines. States that depend heavily on tourism, like Florida, or on energy taxes, like Wyoming, face large shortfalls, along with liberal bastions like California and New York.

“There are many states that are doing reasonably well right now, and a few that are struggling substantially,” said Jared Walczak, who compiles data on state and local aid as vice president of state projects for the Tax Foundation in Washington. “That makes it very difficult to put a coalition together. That list of states isn’t red or blue, but there is a divide.”

Some Republicans in the Senate have supported more aid to states, including negotiators in the bipartisan group such as Senators Susan Collins of Maine and Bill Cassidy of Louisiana. But lawmakers have struggled to reach agreement on how much is necessary and how to divvy up the funds.

“Some states have rainy day funds and are telling us they don’t need more money,” Senator Mitt Romney, Republican of Utah, said at a news conference this week. “Others are saying they need much more than we can possibly imagine sending to them, so a lot of difference in data and difference in terms of how well they’ve managed themselves in the past.”

Many Republicans have consistently opposed state aid, saying it would reward Democratic states that mismanaged their finances. One of their main talking points has been that states could use federal assistance to shore up public employee pensions — though the draft bipartisan agreement would have prohibited such spending.

“What Democrats really want is for Congress to just send money to liberal politicians who have already shown they can’t be trusted with it,” Senator Rick Scott, Republican of Florida — a state that faces a $2.7 billion budget shortfall — wrote in an op-ed for National Review last week. “If these politicians have budget shortfalls, it’s because they did not prioritize their struggling constituents in the first place, and instead wasted money on other things.”

Influential conservative groups like Americans for Tax Reform and Heritage Action for America have called the issue a “red line for conservatives.”

“When you have less money, it makes you do reforms to reduce spending,” said Grover Norquist, the president of Americans for Tax Reform. “Don’t bail them out,” he said, “or there will be no normal budget discipline.”

On Monday, the centrist group of negotiators split its original $908 billion framework into two bills — a $748 billion measure with broad consensus on how to provide support for unemployment benefits, food assistance, small businesses and vaccine distribution and a $160 billion measure with state and local government funding and liability protections.

To gain support for the $160 billion — which was significantly smaller than the nearly $1 trillion House Democrats sought for state and local governments in May — lawmakers agreed to a number of guardrails, including prohibiting the use of the funds for pension obligations and distributing the funds based on the proportion of revenue loss and population.

Still, it was not enough to win buy-in from a critical mass of Republican senators, including Senator Mitch McConnell of Kentucky, the majority leader, and was excluded from the emerging agreement.

The Joy Ai Weiwei Gets From His Cats

www.nytimes.com - 3 weeks ago
The artist Ai Weiwei is inspired by the resilience and self-contentment of his beloved cats.
Read More

Ditching the Turkey: Thanksgiving Memories (and Misadventures) of Reporters Abroad

www.nytimes.com - 5 months ago
Some of our international journalists have gone to great lengths trying to bring a taste of home to their new locations. But it hasn’t always worked out.
Read More

www.nytimes.com - 6 months ago
Peter King is leaving Congress, and Lee Zeldin could be vulnerable. The elections in the two districts will be “a referendum on Trump,” a strategist said.
Read More