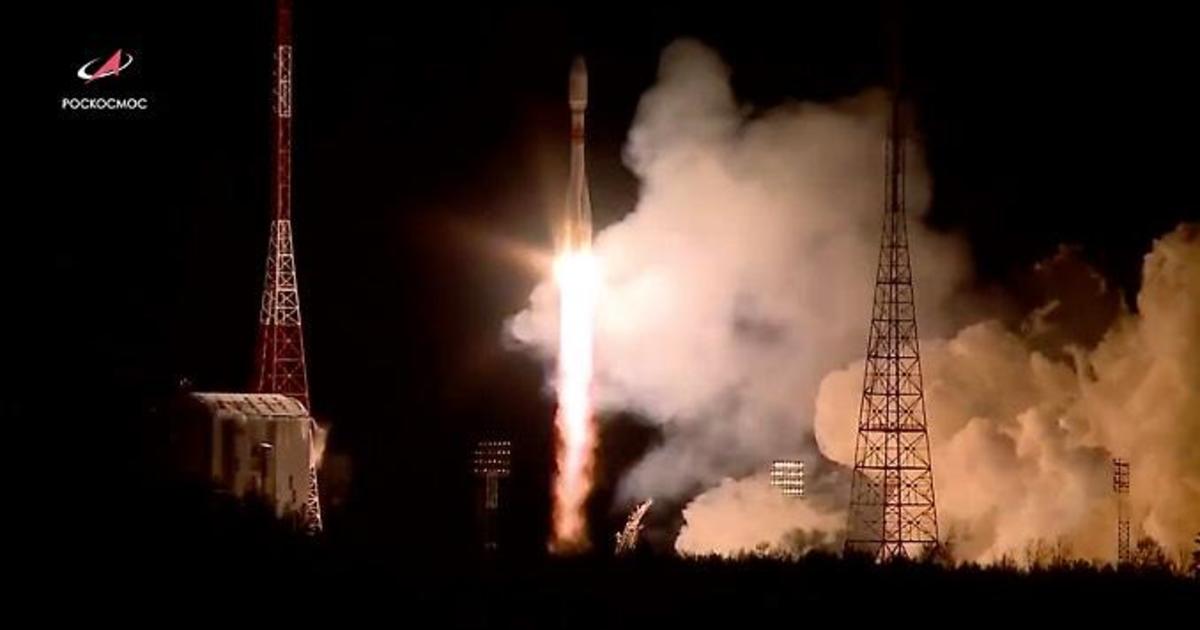 Bouncing back from bankruptcy, OneWeb resumed building out its constellation of internet satellites Friday, launching 36 broadband relay stations atop a Russian Soyuz rocket to boost the company's orbital constellation to 110.

"Central to its purpose, OneWeb seeks to bring connectivity to every place where fiber cannot reach, and thereby bridge the digital divide."

The company's first launch under new management got underway at 7:26 a.m. EST (9:26 p.m. local time) when the Soyuz 2.1a booster's engines roared to life at the Vostochny Cosmodrome in Russia's Far East. After a smooth climb to orbit, the satellites were released to fly on their own.

Fifteen more Soyuz launches, purchased through the European company Arianespace, are currently planned by OneWeb. Arianespace oversees Soyuz launches from the Guiana Space Center in South America while a subsidiary, Starsem, handles commercial Soyuz launches at Vostochny and the Baikonur Cosmodrome in Kazakhstan.

Friday's launch was the first fully commercial flight to take off from Vostochny, Russia's newest spaceport.

SpaceX has launched 995 of its Starlink internet relay stations atop Falcon 9 rockets and plans to launch thousands more in multiple orbital planes, providing direct high-speed internet service to any point on the planet. Beta testing is currently underway in the northern United States and Canada.

OneWeb's planned constellation features fewer satellites in higher orbits to provide similar global coverage, relaying signals through multiple ground stations. An initial constellation of about 650 satellites is planned, and the company hopes to begin offering initial commercial service by the end of next year.

"OneWeb's mission is to deliver connectivity everywhere to everyone, providing global coverage by building a global communications network," said Maurizio Vanotti, OneWeb director of infrastructure development. "It's about removing barriers and creating opportunities. ... Wherever you are you're going to be connected."

OneWeb launched its first six satellites from French Guiana in 2019, then two sets of 34 each from the Baikonur Cosmodrome earlier this year. Shortly after the third launch, the company announced it had been unable to raise needed funding from its initial backers and shortly thereafter declared bankruptcy.

This summer, the United Kingdom and Bharti Global, an Indian communications company, agreed to take over control of OneWeb, pumping in $1 billion to put the company back on its feet. In November, OneWeb emerged from Chapter 11 bankruptcy under new management and pressed ahead with Friday's launch of 36 satellites built at a facility near the Kennedy Space Center in Florida.

www.cbsnews.com - 2 months ago
Police have made an arrest in a series of highway shootings that terrorized the Kansas City, Mo., area. Mohammed Whitaker, 27, is being held on 18 felony counts. Manuel Bojorquez reports.
Read More

www.cbsnews.com - 4 weeks ago
Middle Kids return to Saturday Sessions after releasing their latest album, “Today We’re The Greatest.” The indie band from Australia came together in 2016 to rave reviews and even a shoutout from Elton John. The band joins "CBS This Morning: Saturday" to
Read More