About 60% of businesses that have closed during the coronavirus pandemic will never reopen, and restaurants have suffered the most, according to new data from Yelp.
Author:
Published: 2020-09-16 03:57 pm 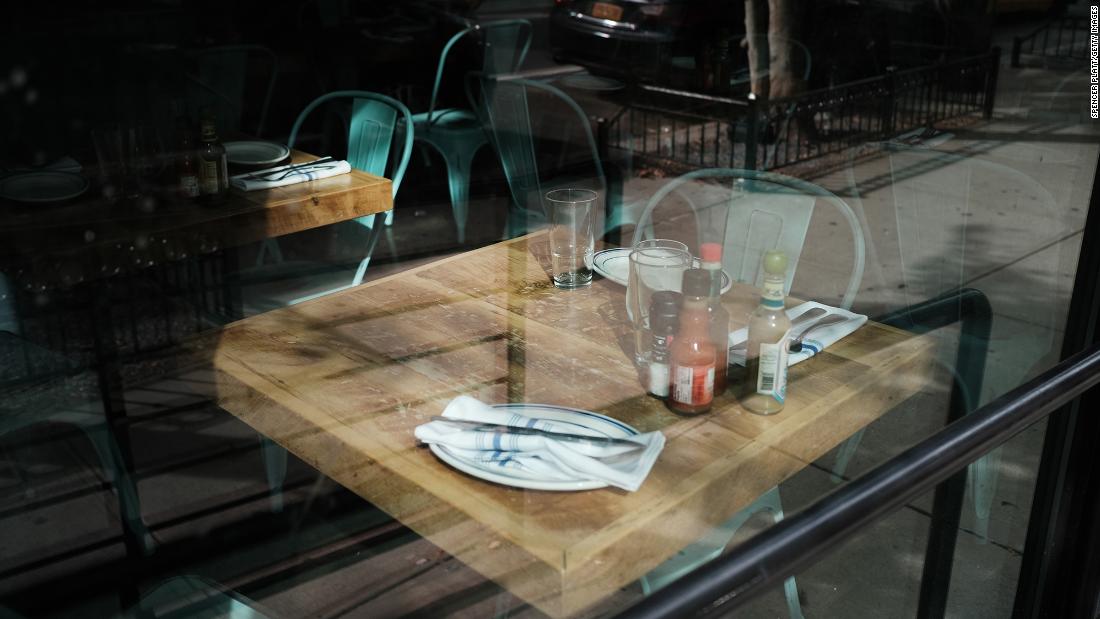 New York (CNN Business)About 60% of businesses that have closed during the coronavirus pandemic will never reopen, and restaurants have suffered the most, according to new data from Yelp.

The reviews site has been keeping tabs on closures since March. Businesses can update their status to temporarily or permanently closed on Yelp.

According to Yelp, some eateries have fared better than others: Pizzerias, delis, food trucks, bakeries and coffee shop have done better overall than Mexican restaurants, breakfast and brunch spots, burger or sandwich shops or eateries that focus on dessert.

Restaurant groups have warned that many eateries won't survive the blow delivered by the pandemic.

This week, the National Restaurant Association said that 100,000 restaurants have closed either permanently or long-term, adding that the sector is on track to lose $240 billion in sales this year.

A number of factors have made it especially difficult for restaurants, which tend to operate on razor-thin margins even in the best of times, to make it through the disruption.

First, consumers are spending less on dining out, according to the association. Some people may feel unsafe eating at restaurants at this time. According to a recent study from the US Centers for Disease Control and Prevention, adults who tested positive for Covid-19 were approximately twice as likely to have reported dining at a restaurant in the 14 days before becoming ill than those who tested negative.

Meanwhile, restaurant owners have had to invest in new items like personal protective equipment for staff, outdoor seating, plexiglass dividers for indoor spaces and new tech for contactless payment. And fewer customers are allowed in restaurant themselves. Regions that allow indoor dining have placed caps on seating capacity so customers and staff can abide by social distancing rules.

Retail operators are also struggling. About 30,400 shopping and retail establishments on Yelp have closed since March 1, about 17,500, or 58% of them permanently. And cities have been hit particularly hard, according to the data. Los Angeles, New York, Chicago and Miami have all seen especially high numbers of businesses permanently cease operations.

www.cnn.com - 6 years ago
For extremely ill patients, laser surgery that targets and literally burns away the...
Read More

www.cnn.com - 3 years ago
A one-time treatment with Luxturna, the first US Food and Drug Administration-approved gene therapy for an inherited disorder, will cost $425,000 per eye.
Read More