The 32-year-old driver was cut out of the wreckage on Flatlands Avenue and East 88th Street but was pronounced dead on arrival at Brookdale University Hospital, the NYPD said.
Author: Tina Moore, Lee Brown
Published: 2020-12-20 10:30 am 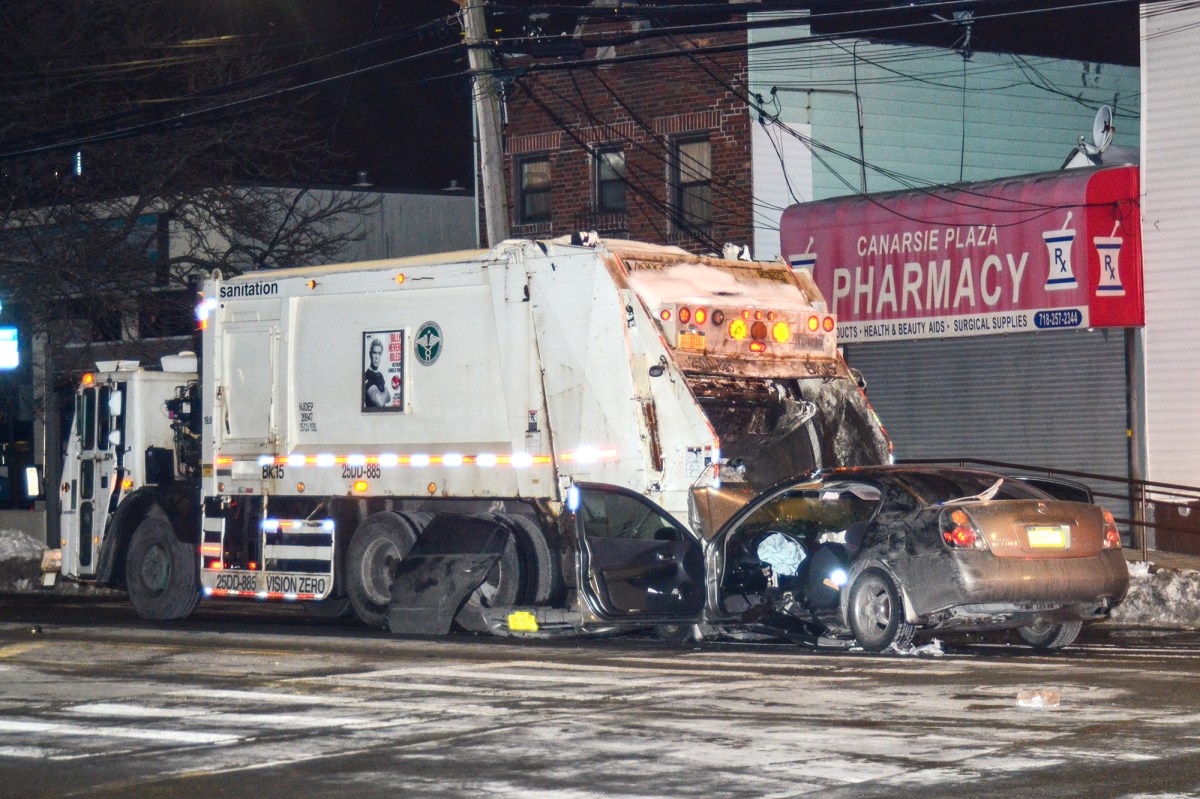 A 32-year-old man died in Brooklyn early Sunday after his car smashed into the back of a garbage truck, according to cops.

Photos show the sedan — which appeared to have child seats in the back — completely mangled at the front where it crashed into the sanitation truck in Canarsie just before 4 a.m.

The 32-year-old driver was cut out of the wreckage on Flatlands Avenue and East 88th Street but was pronounced dead on arrival at Brookdale University Hospital, the NYPD said.

He was not immediately identified Sunday.

nypost.com - 7 months ago
Pompeo leveled the allegation during remarks to the Wisconsin State Senate in Madison's capitol building, warning of a larger effort by the Chinese government to subvert American life.
Read More

nypost.com - 2 months ago
Tom Brady’s boat escapades are forever immortalized on social media – and as part of J.D. Martinez’s wardrobe. Over the weekend, the Red Sox outfielder arrived at spring training sporting an orange T-shirt that featured the former Patriots quarterback as
Read More

nypost.com - 6 months ago
Garrett Gilbert or Cooper Rush? This is the choice the Cowboys face. This is how bad their season has gotten. After missing Sunday’s game against the Eagles with a concussion, Andy Dalton will miss at least one more game after being placed Tuesday on the
Read More

nypost.com - 5 months ago
An independent monitor will watch the United Auto Workers’ finances and operations, and members will decide how they pick future leaders under a reform agreement with the US Attorney’s office. The deal was announced Monday in the wake of a wide-ranging
Read More
More News & Articles