Dwayne Haskins lost his captaincy, but he may hang onto his starting job for at least another week. The Washington Football Team quarterback, who was also fined $40,000 for partying with strippers last weekend, took first-team reps at practice Thursday an
Author: Greg Joyce
Published: 2020-12-24 03:39 pm 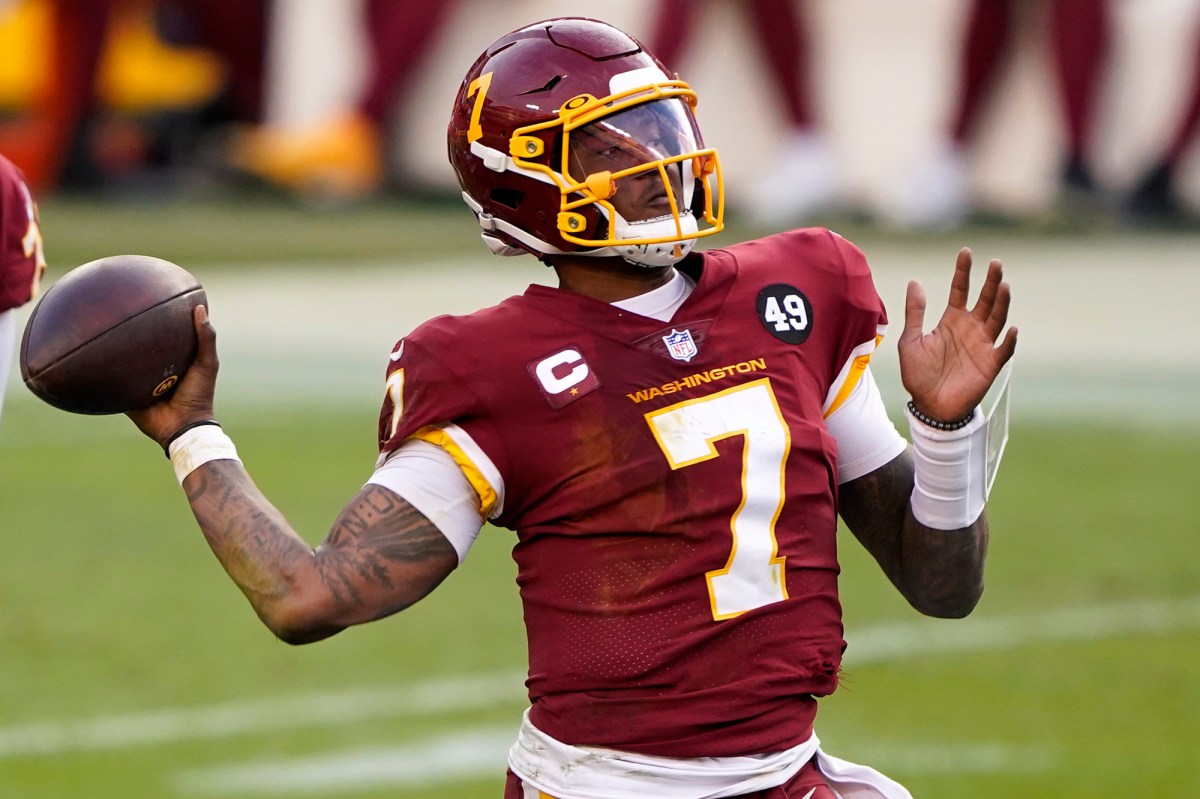 Dwayne Haskins lost his captaincy, but he may hang onto his starting job for at least another week.

The Washington Football Team quarterback, who was also fined $40,000 for partying with strippers last weekend, took first-team reps at practice Thursday and is on track to start Sunday against the Panthers as Alex Smith continues to work back from his calf strain, according to ESPN’s Adam Schefter.

“Sense out of Washington this week has been that it would be challenging for QB Alex Smith to return from his calf injury this week,” Schefter tweeted.

Haskins started last Sunday against the Seahawks for Smith and completed 38 of 55 passes for 295 yards, one touchdown and two interceptions in a 20-15 loss. Then he got himself in hot water later that night with his maskless party with strippers, which was in violation of the league’s COVID-19 protocols.

The 23-year-old told reporters Wednesday he was not at a strip club but instead a private birthday party for his girlfriend, but it was a violation nonetheless.

“I know my team needs me,” Haskins told reporters. “I need to step up to the plate and I can’t be selfish and I need to stop getting in my own way. I’m putting things in motion as far as a plan for myself to be a better teammate and be more accountable and fix my issues that have brought me to this situation.”

The veteran Smith suffered a calf strain in a Week 14 win over the 49ers as Washington moved into first place in the NFC East. He was throwing to receivers during the individual period of practice Thursday, according to reports, but his status for Sunday’s game remained in question.

nypost.com - 2 years ago
On Monday, Senate Majority Leader Mitch McConnell delivered remarks on the post-election standoff. An excerpt follows: Last week, record numbers of Americans exercised the right which generations risked everything to hand on to us. By every indication, th
Read More

nypost.com - 1 year ago
The International Olympic Committee announced the Summer Olympics is headed to Australia for the first time since 2000, when Brisbane will host the Olympic games in 2032.
Read More

‘I ended up staying depressed for a decade longer than I needed to’: Prozac users shocked by new study

nypost.com - 3 months ago
President Biden gushed that high gas prices are part of “an incredible transition” of the US economy away from fossil fuels.
Read More
More News & Articles